Even as allies Congress and Janata Dal (Secular) mull over their political journey, Karnataka's fluid politics hints at rampant corruption 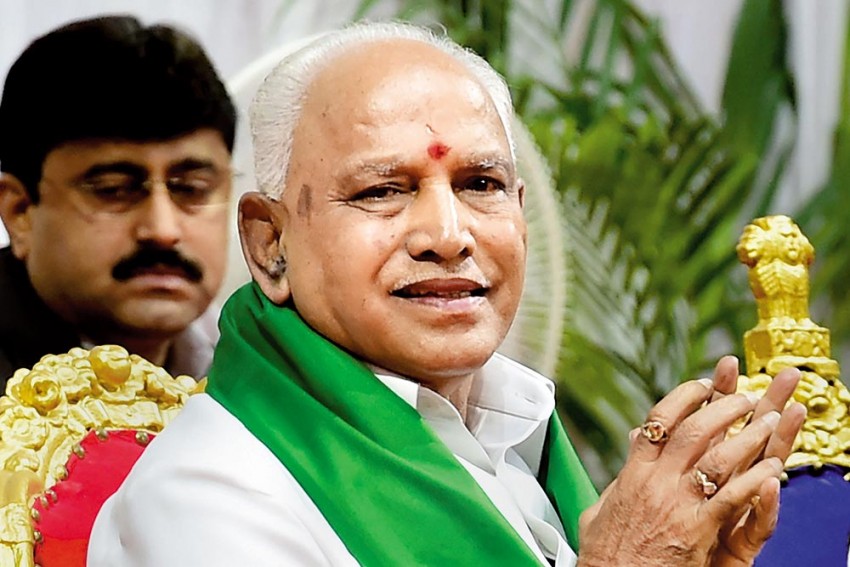 BJP’s Yediyurappa at his swearing-in
Photograph by PTI
Ajay Sukumaran August 01, 2019 00:00 IST BJP Scrapes Through But Karnataka Politics Still Not Out Of The Woods 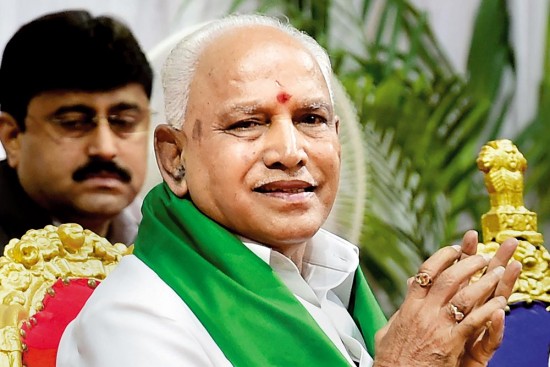 It took a whole month for Karnat­aka’s protracted power struggle to uncoil. In the final act, Chief Minister B.S. Yediyurappa needed only a voice vote to prove majority—the new BJP regime staved off an imp­ending shutdown by passing, just in time, the Appropriation Bill required to draw funds for government exp­enditure. So far, so good. But Karnataka’s troubles with its shaky politics aren’t over yet.

First, there’s still the controversial question of the disqualified legislators. Former Speaker K.R. Ramesh Kumar has disqualified 17 MLAs—13 from the Congress, three from Janata Dal (Secular) and the lone legislator of the regional outfit Karnataka Prajnavantha Janata Party—but it looks like a legal battle will follow. Ramesh Kumar quit as Speaker on July 29 soon after Yediyurappa’s floor test and, in doing so, made a fervent appeal for a clean-up of the political system. “Unless electoral reforms happen, our attempts to tackle corruption will only be perfunctory,” he told the House, adding that the Tenth Schedule of the Constitution, the anti-­defection law, “needs a total re-look”. Kumar then turned to legislation that were within the assembly’s ambit, such as the Lokayukta Act, seeking clarity on the penal provision for legislators who refused to declare their assets and liabil­it­ies within the stipulated time. “If that isn’t spelt out, why have the law?” he pointed out.

Allegations of horse trading and defections have characterised Karnataka’s politics for the past month, but to most observers, the spectacle of legislators corralled in hotels and holiday resorts have been symptomatic of the state’s fluid politics for over a decade now. That mismatch with the state’s other persona—its technology-savvy image, say—is something analysts and academics have been pointing out. Karnataka has many feathers in its cap, especially with decentralisation and panchayati raj, says political commentator Nar­en­dar Pani. But there’s also the problem of power centres at the constituency level, challenging their party leadership. 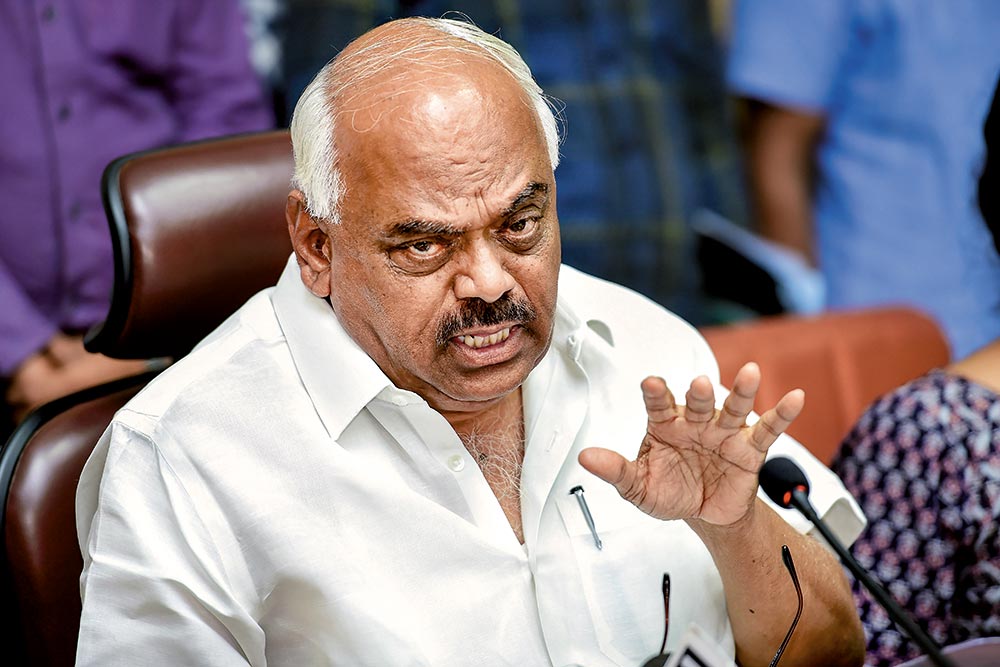 While caste and community frames the overall context, one perceptible feature of the past several years, suggests political analyst A. Narayana, has been the absence of a strong pan-Karnataka leader. “There was Ramakrishna Hegde, Devaraj Urs and Nijalingappa. Post-S.M. Krishna, you didn’t have any leader who could hold the flock together, which probably gives rise to different kinds of political behaviour,” says Narayana. All three major parties—BJP, Congress and JD(S)—have their own internal struggles that bubble up at almost regular periods, creating no end of trouble for the harried top leaderships of the three main parties.

Currently, CM Yediyurappa has a majo­rity in the truncated assembly, but the party will need to win the byelections—most likely the natural course of things—to settle down. The BJP has 105 legislators and the party will need eight more MLAs to cross the halfway mark in Karnataka’s 224-member assembly. Sitting in the Opposition benches, both Congress leader Sidd­aramaiah and former CM H.D. Kum­araswamy have warned that it won’t be an easy ride for the BJP if it were to just rely on party-hoppers.

Congress and JD(S) are non-committal about their alliance. It didn’t help them in the LS polls. Many think they’re better off on their own.

Ironically, while the BJP has been steadily gaining voteshare in Karnataka over the past decade-and-a-half, an outright majority in state polls has still eluded the party. The BJP’s first term in office, between 2008 and 2013, was disastrous, following which the party outfit splintered. As it begins its second term now, it’s also the first time in years that Karnataka is aligned with the ruling party at the Centre.

“If other things remain the same, they will want to make a strong bid to come back to power on their own strength in the next elections. That will be the main plank,” says Narayana. Provided it treads cautiously, the future for the BJP in Karnataka looks better now compared to anytime in the past, he reckons. However, the party needs to execute a balancing act immediately, given the jostle for ministerial posts.

The Congress and JD(S), meanwhile, face challenges of their own. The two parties have so far been non-committal about their alliance—most observers reckon the parties are better off on their own. Not only was there any gain from the tie-up in the recent Lok Sabha elections, the two also appear to have ceded space to the BJP in their base in southern Karnataka. Now, as before, the Congress-JD(S) riv­alry in this region will probably prevail again, reckons Pani, possibly making it a bit more difficult for the BJP to make inroads here. Last week, Kumaraswamy dismissed reports that some partymen were inclined to support the BJP as mere rumour.

While both the BJP and JD(S) draw their support from the dominant communities—Lingayat and Vokkaliga—ana­lysts generally reckon that the Congress’s hold on the OBC and SC/ST communities has been eroding. In the 2018 assembly elections, the Congress still commanded the highest voteshare, at 38 per cent, even though its tally fell by 42 seats. The coalition government over the past year exposed many gaps in the party—some of the dissenting voices were senior leaders. The challenge before the Congress, analysts say, is to expand its support base while putting the house back in order. As for the in-house ‘rebels’ who pushed the coalition government over the edge, the Congress has expelled them for anti-party activities.

For now, there’s relative calm—a coalition has been upended and a new government has taken charge. The unc­ertainties, of course, remain. Will defections continue? Can the BJP steer clear of its previous missteps? There aren’t any easy answers.