Several methods are being employed to segregate migrant workers from village folks but can India’s rickety rural healthcare system cope with a global pandemic? 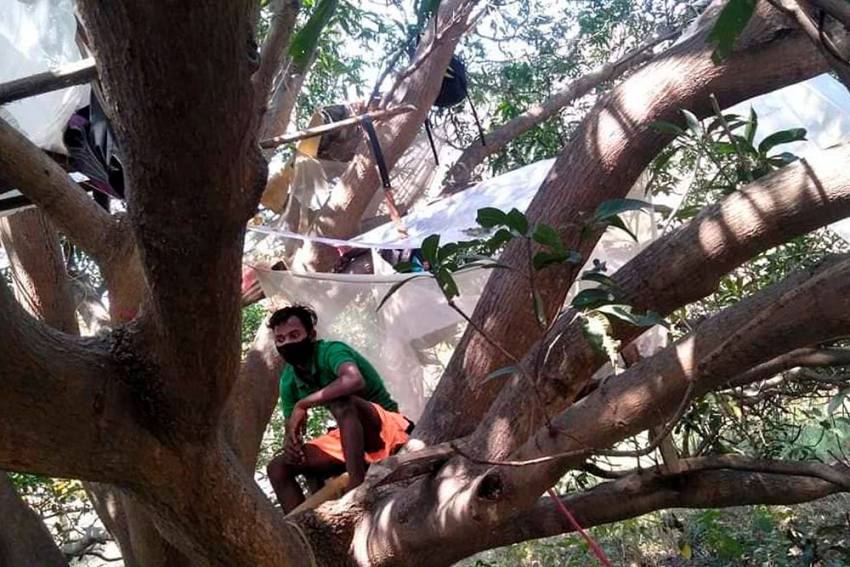 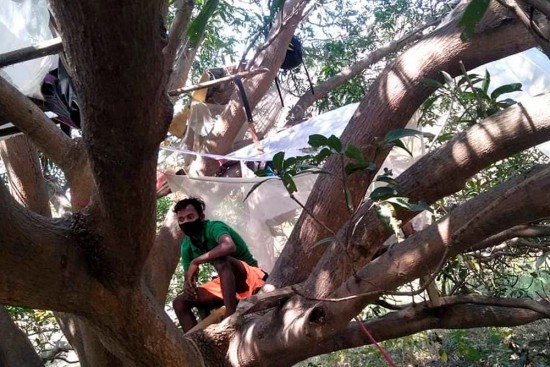 Two images stood out in stark contrast in the early days of a nationwide coronavirus lockdown. Deserted city streets, and their polar opposite—long columns of an exodus snaking out of these urban agglomerations into the countryside. Thousands of migrant labourers left adrift because everything has shut down are retreating to their roots—by any desperate means they can, some on goods lorries, others on foot. Large parts of rural India, to where they are heading, had so far remained at arm’s length from COVID-19. But these are also places where healthcare is far from optimal. How will they cope now?

The concerns were already visible—overzealous district authorities in Bareilly hosed down returning folk with bleach; from a remote village in West Bengal’s Purulia came the unusual story of seven villagers just back from Chennai quarantining themselves on banyan trees so as to protect their families living in huts, and themselves from elephants.

Though migrants are on the move in several places, states like Uttar Pradesh, Bihar and Jharkhand are gearing up for larger numbers heading back. District magistrates, village heads, chief medical officers and public servants whom Outlook contacted spoke of several methods they are dep­loying to segregate migrants from the village folk—the Centre has given out strict instructions to home-quarantine those headed home, for 14 days. However, it’s easier said than done, many admit.

“Social watch is an effective solution,” says Harsh Mangla, deputy commissioner of Garwah in Jharkhand, whose district has not reported any positive case yet. Block and village heads have been told to keep an eye out for people coming from outside and ensure that they get a medical check-up done. “We have circulated helpline numbers. We received calls about many outsiders who were reluctant to undergo medical tests. We sent our team and got it done,” Mangla says, adding that villagers are being regularly reminded to maintain social distancing among themselves. “Rural folks are so sensitised that it is very difficult for any outsider to sneak into a village. We have received calls from villagers who anonymously provided information about their close relatives who have arrived from outside. Nobody wants to put their life at risk,” he says.

Elsewhere, like in Paippad in Kerala, the story was about stanching the flow. The town has for long been a hub of migrants from West Bengal, Assam and Odisha. On March 29, a few hundred workers gathered in the streets dem­anding transport to go home. Fake messages about trains being arranged by the government had added to their confusion, says the state government, which has set up over 5,000 camps for migrant workers. In neighbouring Karnataka, officials in Belgaum this week stopped workers heading to Rajasthan and took them to government hostels. According to the Union home ministry, nearly 6.75 lakh migrant workers have been housed in 21,000 relief camps across states.

Sitamarhi, a district in Bihar that shares its border with Nepal, has received over 4,000 migrants in the past two weeks. “Most of these labourers are coming from Delhi and they started leaving for their villages from March 15 onwards,” says Parimal, district information and public relations officer. “We have started putting home quarantine stamps on their hands as many others have run away from self-isolation elsewhere in the country.” Abhilasha Kumari Sharma, the district magistrate, says about 242 government and private schools have been converted into quarantine homes to isolate whoever has fever or other symptoms of flu. 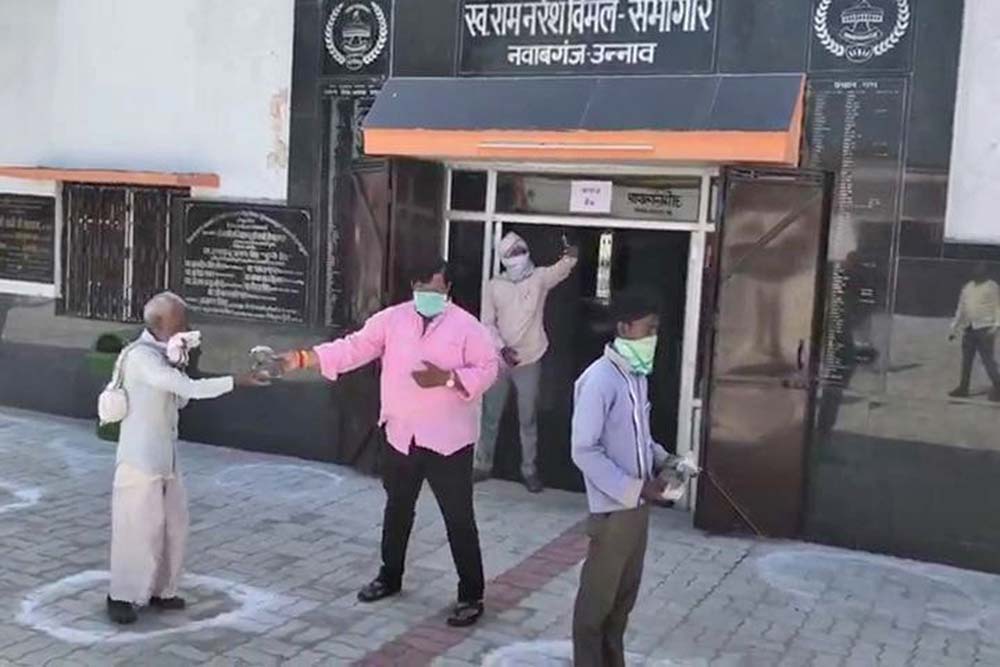 A hospital in the interiors of UP prepares for a virus that has baffled the world’s best.

“Around 20 of the 75 villages in my block have received over 1,000 mig­rants in the past fortnight. Like in other districts, we too have converted marriage halls, community centres and schools into quarantine wards,” says Arun Singh, head of the Nawabganj block in Uttar Pradesh’s Unnao district. The good thing, he reckons, is that the villagers have become so suspicious that “even if a person completes 14 days of home quarantine, he will alw­ays be under watch for days to come”.

Some village heads say they are keeping away from nearby villages too. “We have stopped all contact with our neighbouring villages. We are doing with whatever food we have stored,” says Vidur Mohan, village head of Sathary in UP’s Muzaffarnagar district.

Thermal screening, naturally, is the first line of defence, but officials are wary of people popping paracetamol tablets, which bring down body temperature, to escape notice. “We have neither the manpower nor the resources needed to take samples of all those who have come from outside,” says a district chief medical officer who doesn’t wish to be named. Another medical officer says, “Precaution is the only cure. All the district heads and health officers are aware of this grave reality.”

There are chances that there may be positive cases among people returning to their villages, said Lav Agarwal, joint secretary, Union health ministry, at a briefing on March 31. “That’s why we are advising everybody to stay where they are.” The ministry says it is working with the states to make sure that basic health services continue. “As part of our strategy to manage COVID-19, we have been taking up extensive training across the country to ensure that our healthcare staff is aware of what precautions are to be taken when it comes to COVID-19 management.”

The Karnataka health department has decided to recruit 810 ad hoc medical staff. They will be  deployed at 18 hospitals to help ease the staff crunch.

While 71 per cent of India’s population is predominantly rural, only 34 per cent of doctors and 33 per cent of nurses out of the total available pool in the country serve in rural areas, states a report published last year by the Indian Institute of Public Health, Gurgaon. The country is estimated to have bet­ween 30,000 and 50,000 ventilators, but these are mostly in the big cities.

Many districts have sealed their borders with barricades, and deployed police personnel and medical officers to carry out check-ups on the spot. With seven positive COVID-19 cases—the highest in Bihar—Munger district is on high alert. “One person infected the other six. We have been trying to identify his chain of contacts, who could also be suspects,” says Rajesh Meena, the district magistrate. “The villagers themselves are not letting anyone enter without medical check-up.”

In UP’s Pilibhit, a mother and son who returned from Mumbai on March 18 were found to be positive. Officials say the district has received around 4,000 migrant labourers over the past week. “Those from affected areas have been asked to stay at home, quarantined. For those who are symptomatic with high fever, we take their samples and send it to Lucknow for diagnosis,” says Vibhav Srivastava, the district magistrate. Can India’s rickety and stressed rural health care cope with a pandemic that has overwhelmed the world’s best? We can only try.

Breaching The Lakshman Rekha! From Mega Religious Gatherings To Labourers, How An Underprepared Government Was Caught Napping