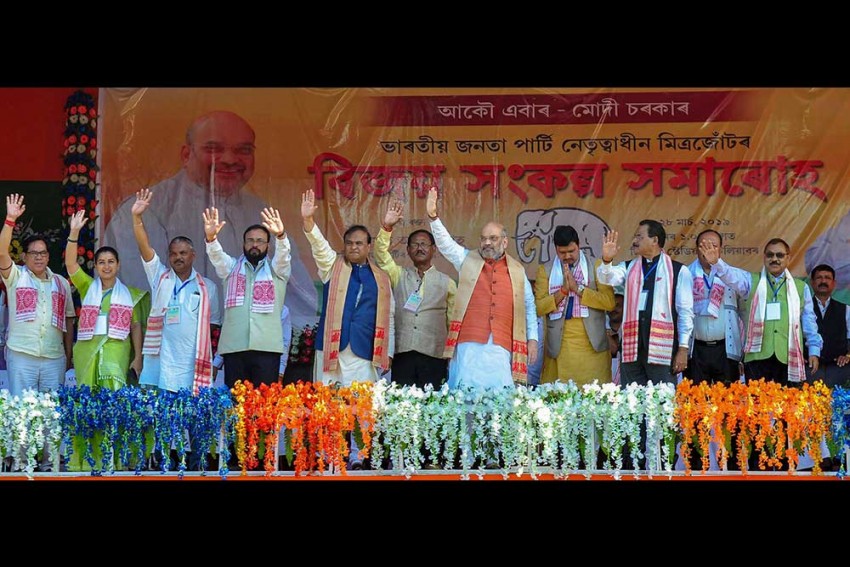 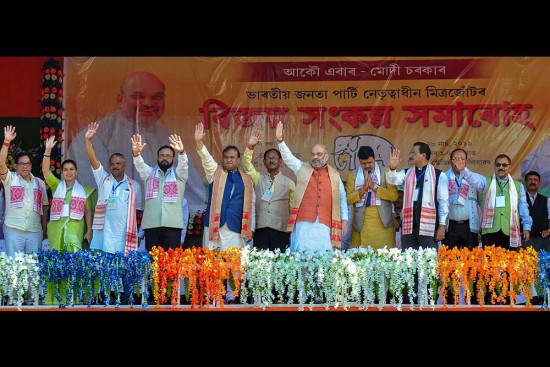 In the 2014 general elections, the BJP had won their highest tally of seats in the northeast: as many as eight out of 24, out of which seven came from Assam only. But 2019 is a different year.

The protests in the last few months against the BJP-backed Citizenship Amendment Bill (CAB) in northeast states suggest that the party has misread the situation it once had some control over. It’s a curious story: the BJP had made its northeast inroads in 2014 by saying it would solve the long-standing illegal immigrant crisis. And things seemed to be working out on that front—a much-awaited census was finally conducted. But then came the CAB, which endorses giving citizenship to non-Muslim migrants from neighbouring countries who have come to the states till December 31, 2014. Protests over the CAB, which has alr­eady been passed in the Lok Sabha, had begun to quieten, but the bill’s inclusion in the BJP manifesto rec­ently has again stirred them up. It’s anybody’s guess that this will affect the party’s vote share in the coming elections.

The All Assam Students’ Union (AASU), the most vocal voices against the bill, has appealed to voters to keep the CAB in their mind while voting.  “People should think of a secure future when they go to vote,” AASU chief advisor Samujjal Kumar Bhattacharjya said on the polling day in Guwahati.  AASU, which is also the part of the North East Students’ Organisation (NESO), urged people to defeat the ‘force’ pushing the draconian CAB without naming the BJP.  “We are not a political group so we won’t take names. But we urge the people to think about the future of the state and the people and take a firm decision when they go to vote,” says AASU president Dipanka Kumar Nath.

At the same time, speaking of just Assam, BJP leaders have reasons to feel secure as they won almost 50 per cent of the seats with 42 per cent vote share in the state panchayat elections last year. They have also won 19 out of the 28 seats in the North Cachar Hills Autonomous Council where elections were held in January this year. Besides, they won Rabha Hasong, Sonowal Kachari and Mising Autonomous Council elections.

“These results indicate that the people of Assam still have the faith in us. Our agendas are clear and transparent ­unlike those of Congress. We have said that the CAB will be brought back and it’s open. And even after this, people have come out to vote for us. People in Assam know that we are not harmful to them. Our government has ensured that the culture, language and political right of indigenous people will be safeguarded,” BJP spokesperson Pabitra Margherita tells Outlook.

As for the Congress, the consistency of its performance in Assam broke considerably in 2014. It had won nine and seven seats in the 2004 and 2009 elections respectively. But in 2014, it could manage only three seats and its vote share dwindled to 29.6 per cent from 33.91 per cent while the BJP got 37 per cent of votes, 19 per cent more than the previous term. And there are no signs of a resurgence yet from the Congress. This may present a good picture for the BJP despite the CAB protests, but wrinkles appear on a closer look, and that too at the grassroots.

RSS functionaries working in the northeast since decades have shown concern. They gave feedback to BJP leaders that the attempts to force the CAB along with the NRC have alienated the local people of the region.

“We got the ground report about the anger of the indigenous communities. We may not get the 22 seats that we are targeting in the region. All the development work that the Modi government did there has been negated by the aggr­essive NRC push. There is a 35 per cent Muslim voter population in Assam. The BJP has lost their votes. Christians too are not likely to vote for us. The locals fear marginalisation,” says a worried BJP leader.

However, BJP general secretary Ram Madhav tells Outlook that there is no such fear anymore. He says there were misconceptions about the NRC and the CAB earlier but the people now know they have nothing to fear. Whether his optimism stands will be revealed shor­tly, when the election results come out.