Still reeling from the Lok Sabha drubbing, it’s a Congress in flight 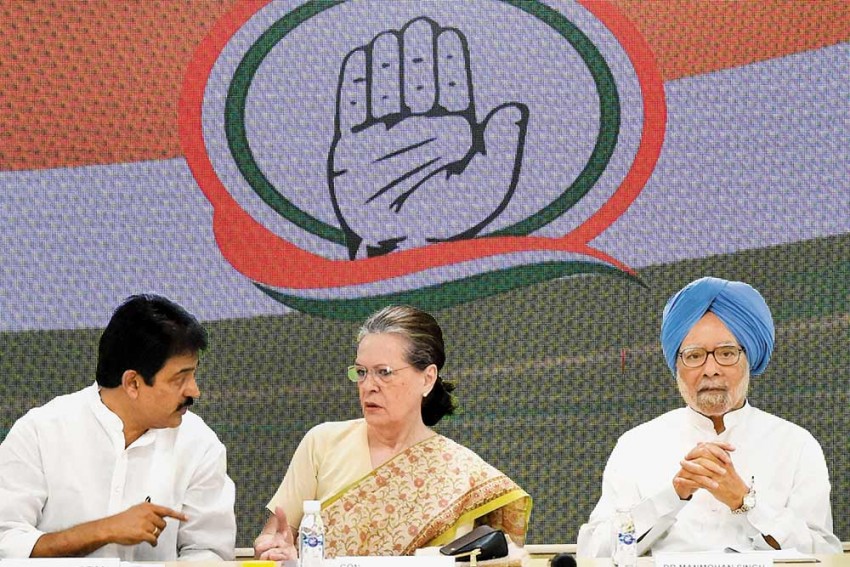 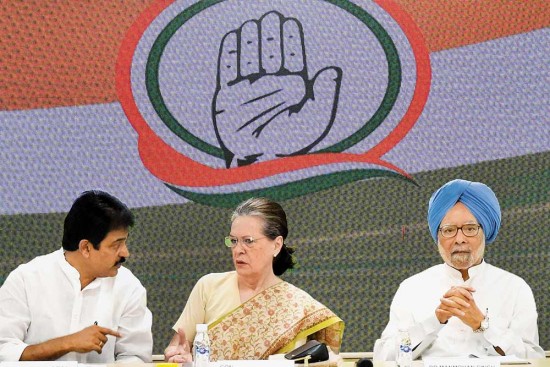 Come October, the Congress will have a chance to halt the saffron juggernaut in the poll-bound states of Maharashtra and Haryana, besides over a dozen assembly segments across the country set for bypolls. By all accounts, though, it won’t. The ­situation in Jharkhand and Delhi is no different.

On September 12, at a meeting of her party’s top central and state leaders, Sonia Gandhi looked visibly frustrated at seeing a Congress she had revived from the wilderness years of 1996 to 2004 descend once again into an existential crisis. She has set about on a course-correction, but with assembly polls weeks away and her party virtually imploding, the task at hand is an ­onerous one. She has to navigate big fat egos of regional satraps and keep her alliances intact, while also rebuilding her party at the grassroots. “The task isn’t easy, but I will work together with all party colleagues to make the Congress battle-ready for the polls,” says Kumari Selja, the newly appointed Haryana Congress chief. Similar sentiments are echoed by her newly appointed counterparts in Maharashtra and Jharkhand, Balasaheb Thorat and Rameshwar Oraon respectively.

Sonia’s recent meeting with NCP chief Sharad Pawar swiftly sealed the alliance between the two parties for Maharashtra. In Jharkhand, the Congress is in talks with Hemant Soren’s JMM, Babulal Marandi’s JVM-P, Lalu Yadav’s RJD and the Left parties to finalise a grand alliance. While Oraon says “the alliance is almost final and will be announced soon”, sources said Soren “could leave the Congress out because of its big brother attitude.”

Sources say the party’s poll plank would be “economic ­challenges, rising unemployment and lawlessness”. A general secretary says the Congress will “highlight failures of the CMs, but keep attacks on PM Modi to a minimum.” Sonia is also keen on “minimising ­temple visits and overt display of the Congress’s Hindu outreach”—a hallmark of Rahul’s poll campaigns. A senior Maharashtra leader, though, calls Sonia’s measures “pure ­window dressing”, adding that the Congress has “no clear ­ideology nor grassroots presence…only petty ego battles.” Sonia has insisted on an ­enrollment drive to recruit new members at the grassroots and training programes for them. “By the time we have our enrollment drive and training camps in the ­poll-bound states, the election would be over and the BJP back in power,” says a PCC chief.