'Bhindranwale Distorted Guru Nanak's Teachings And The Congress Encouraged Him'

Bhindranwale, who campaigned for the Congress in the 1980 general elections, was one of the many weaknesses of the Indira Gandhi government, writes ex-BBC journalist Mark Tully 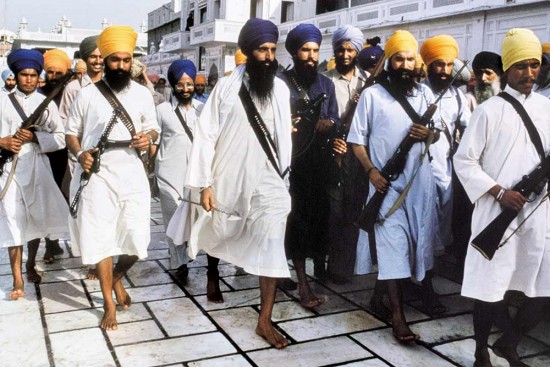 This year marks the 550th birth anniversary of Guru Nanak, the man who founded the Sikh religion and is revered as the first of the ten most pious men who propagated the faith far and wide. For millions of Sikhs around the world, this momentous occasion is the time to celebrate, to pray and to revisit the teachings of Nanak in these tumultuous times. Why then at a time for celebration should we go back to one of the darkest chapters of Sikh history  —the Khalistan movement and the terrorism it spawned?  The answer could be to demonstrate how far Sant Jarnail Singh Bhindranwale, who inspired the movement, strayed from the teachings of Guru Nanak and the consequences of this.

Contrary to the teaching of Guru Nanak, Bhindranwale who was head of the centuries’ old Damdami Taksal, incited hatred rather than teaching love. He propagated the separateness of Sikhism rather that Guru Nanak’s oneness of religions. He stressed the importance of the external elements of the Sikh faith, the ritualism that goes with fundamentalism, while Guru Nanak stressed the inner life.