Donkeys are not into politics. Certainly not into electoral ­politics. But one ­donkey made an appearance in ­Jeha­nabad, Bihar. 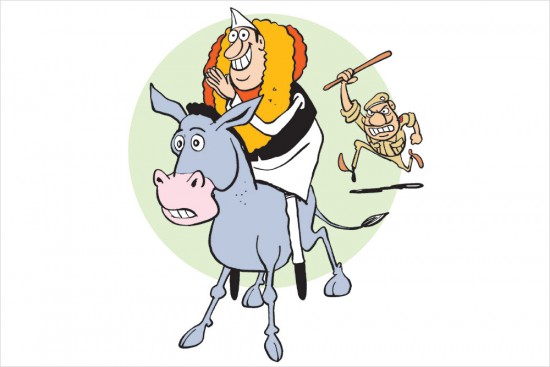 Donkeys are not into politics. Certainly not into electoral ­politics. But trust Indian elections to throw up many surprises. One ­donkey made an appearance in ­Jeha­nabad, Bihar, when an independent candidate, Mani Bhushan Sharma, rode one to file his nomination ­papers for the Jehanabad Lok Sabha seat. It did not go well for Sharma, 44, as election authorities promptly booked him for cruelty ­towards ­animals. But Sharma says his act was just to show a mirror to “mainstream political leaders” who ­consider voters to be as “stupid as donkeys”. It is not known how his pol­itical rivals reacted to the slur, but animal rights activists have taken off­ence to the comment. Donkeys, they say, are gentle and hardworking, but not stupid. There is also no way of knowing how the donkey may have reacted. It’s his burden to bear.