After giving Delhiites access to quality education and health, Arvind Kejriwal's AAP government is wooing voters with freebies ahead of next year's Assembly elections 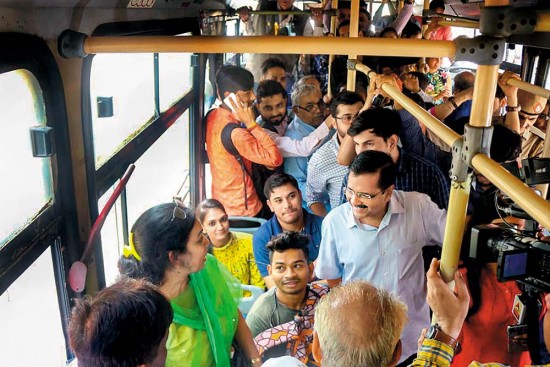 (Alas! What a revolution, due to cruelty of the age
Delhi slipped out of Zafar’s hands in a moment)

Nineteenth century poetry by the last Mughal emperor may not be apt for modern electoral battles but the verses do provide invaluable context for any battle for Dilli—a vibrant, pulsating city which has been at the heart of all power struggles in the vast swathe of land that is India. Early next year, when assembly elections are slated for the city-state of Delhi, this battle will have many layers, many meanings for the BJP. It’s the modern version of the all-conquering empire that now rules most of India. Yet, Dilli is out of its grasp still. And hence, this is a battle the BJP is determined to win—a battle of prestige, a battle for pride for the ruling party at the Centre.

For the BJP, Maharashtra and Har­yana are done, albeit not without some hiccups. Jharkhand is the next port of call but it’s the big-ticket Delhi election that holds much more at stake for the party. But it will not be an easy battle. For, Delhi chief minister Arvind Kejriwal is a battle-hardened general who has honed his political and electoral skills the hard way. He has also toned down his aggressive street-fighter image to that of an administrator who takes pride in his “achievements”, especially in health and education.

Party leaders exude confidence that Delhi will be a repeat of 2015 when Kejri­wal won a historic mandate by winning 67 out of 70 seats, a result that ended the Congress’s 15-year reign in the city-state. Rajya Sabha MP and AAP leader Sanjay Singh says the government’s “splendid record” in the...