Bangalore's 200 Lakes: How A Boon Became A Bane

Litigation over the upkeep of Bangalore's lakes within its municipal limits is a perennial issue, encroachment and sewage inflow being the main challenges 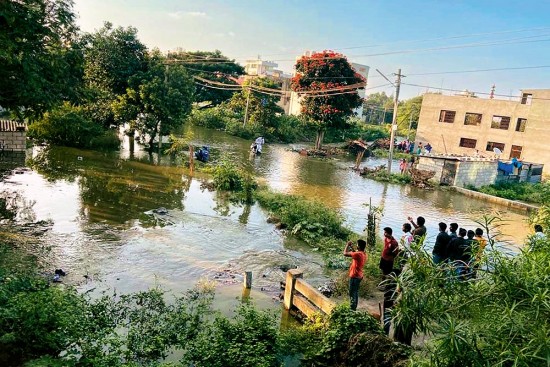 Much water flowed out of Bangalore’s Hulimavu lake without warning on a bright Sunday afternoon last week. It wasn’t the rain to blame, but someone had damaged the tank bund causing untold misery to hundreds of residents downstream. Many became refugees at a makeshift shelter and the list of belongings lost or destroyed—documents, household appliances, cars—only grew. As does Bangalore’s litany of lake woes—the Hulimavu lake breach near the southern fringe of the city was the third of a water body spilling over in about a month. None of them are as well known as the city’s biggest tank, Bellandur, which periodically makes news countrywide for its dramatic visuals of foam rising up several feet or, at the other extreme, seething water. But Bangalore has close to 200 lakes within its municipal limits and litigation over their upkeep is a perennial feature; encroachments and sewage inflow being the main challenge. Occasionally, fish deaths have occurred in some lakes because of sewage and low oxygen levels.

This June, the Karnataka High Court asked the state government to appoint the National Environmental Engineering Research Institute (NEERI), a CSIR lab, to study the condition of lakes in Bangalore and suggest measures for their restoration.