Bait, Switch, Repeat: After Women’s Quota In 2019, Naveen Dangles A Carrot For OBCs

Panchayat polls are due in Odisha. How to ensure caste disaffection doesn’t throw a spanner in the works for BJD? Why, promise 27 per cent tickets to the backward castes… 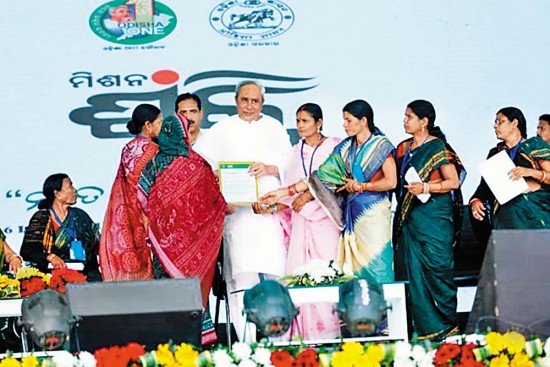 On the eve of the last general elections, it was 33 per cent reservation for women. As Odisha braces for panchayat polls, scheduled early next year, it is the state’s numerically significant other backward classes (OBCs) who are being wooed with a similar promise. Having failed to give them 27 per cent reservations in jobs and educational institutions because of a court-imposed cap of 50 per cent on all reservations, the ruling Biju Janata Dal (BJD) has announced it will field 27 per cent OBC candidates in all future elections, starting with the panchayat polls. The party has also dared opposition parties to follow suit and reserve 27 per cent seats for OBCs and 33 per cent for women, as it has done.

As expected, the Opposition has pooh-poohed the ruling party’s “phoney concern for OBCs”. “Why couldn’t the government convince the courts to waive the 50 per cent cap on reservation, and ensure 27 per cent reservation for OBCs?” asked BJP leader Prithwiraj Harichandan. “Let BJD show it is sincere in its concern for OBCs by choosing an OBC chief ministerial candidate, or at the very least, an OBC party president,” said Congress spokesperson Satya Prakash Nayak.

Though BJD has said it will earmark 27 per cent of tickets in all future elections for OBCs, there is little doubt among ­observers the move is aimed at the 2022 panchayat polls. The real test of BJD’s reservation commitment to OBCs would come during the next Lok Sabha and ­assembly elections. Realpolitik may well prevent it from carrying its promise into the general elections.

It may be noted that on the eve of the Lok Sabha and assembly elections in April-May 2019, BJD had announced it would field women candidates in 33 per cent of Lok Sabha seats, a move that was hailed nationally as a pro-women’s empowerment decision. As it transpired, the 33 per cent reservation was restricted to Lok Sabha tickets alone, and did not even extend to the simultaneously held assembly elections.

The latest move is part of BJD’s efforts to woo OBCs ahead of the coming panchayat and municipal elections. On the last day of the just-concluded monsoon session of Parliament, hours after the 127th Constitutional Amendment Bill was passed, restoring the power of states to prepare OBC lists, a delegation of BJD MPs met the Union home minister and submitted a memorandum, seeking a central law to do away with the 50 per cent cap on reservations. Clearly, beyond the posturing, they are hoping to piggyback on any move the Centre agrees to take on the issue.