Home  »  Magazine  »  National  » Divided House »  Article 370 - Opposition Parties Play Ball; Is It A Marriage Of Convenience Or Just Bullied Into It? 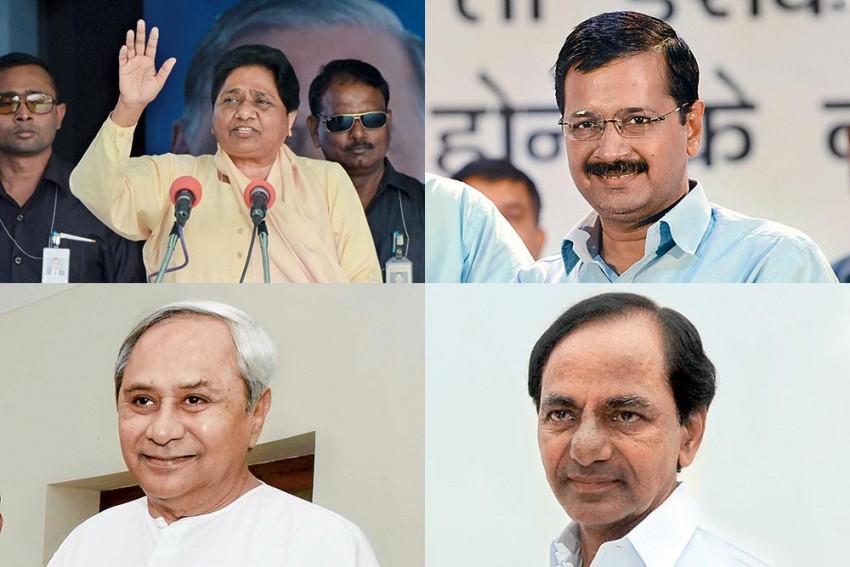 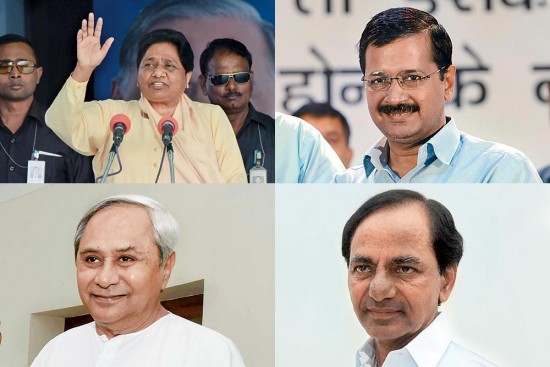 A curious disjunction prevails between how different domains of the polity are oriented to the Article 370 controversy. It has been more than a week since the Modi government moved to nullify a part of the Constitution, ending the special status of Jammu and Kashmir and splitting the state into two Union territories. Always a controversial part of the statute, its negation too came in a set of dramatic moves on which consensus is elusive. An inevitable legal challenge looms, not to speak of consent on the ground—and sections of the Opposition are ranged in dissent too. But one striking aspect missed no one: the way many regional and smal­ler parties backed the government move, enabling its smooth sailing through Parliament.

The Congress too is divided on the issue, with some leaders preferring to not rem­ain isolated on what’s being painted as another ‘nationalist’ issue—a heads-I-win-tails-you-lose gambit from the BJP. But away from the spotlight, the reverberations are being felt in other parties too—the main regional parties too are also battling dissent, with their decision to support the government leaving many mystified. Parties that extended support include Arvind Kejriwal’s AAP (signalling a clear shift in his position), Mayawati’s BSP, Naveen Patnaik’s BJD, the TRS in Telangana and both the TDP and YSRCP in Andhra Pradesh. Observers find it ironic that these parties, which thrive on the idea of competitive federalism and regional aspirations, rooted for the rem­oval of Article 370, a classic federal piece of the Constitution.

Observers find it ironic that parties which thrive on the idea of federalism rooted for the rem­oval of Article 370.

Analysts cite how the AAP’s present stand is out of sync with its own opinions, the party having fought previous assembly and Lok Sabha elections on the plank of full statehood for Delhi. It’s also eng­aged in a bitter battle with the Lt Governor for encroaching on the state’s rights. So what’s the rationale? In defence, AAP Rajya Sabha member Sanjay Singh says comparing “Delhi and Puducherry” with “a troubled J&K” is unfair. “There are some elements in Article 370 that aren’t beneficial for Kashmiris...so, for instance, something like a Right to Education Act is not applicable there. Reservations for SC/STs also become possible now.”

Rationalisations apart, observers feel the party didn’t want to gamble on public sentiments. Surinder S. Jodhka, professor of sociology at JNU, feels it’s just a strategic defence aimed at the assembly polls slated for early next year. “Most of AAP’s voters will go with them on this. Since the social base of AAP overlaps with the BJP greatly, they don’t want to give the latter a handle to win over their constituencies,” says Jodhka.

However, all is not well within the party as some of the members have already raised a rebellion over its move. While AAP member and senior Narmada Bachao Andolan (NBA) leader Chitaroopa Palit registered her protest, sources say there are more unhappy voices.

AAP spokesperson Saurabh Bharadwaj says it always extended support on the basis of issues, irrespective of BJP or Congress. “We supported Swachh Bharat and Yoga Day, both BJP initiatives,” he points out. On Kejriwal’s earlier stand favouring Article 370, Bharadwaj has a glib rebuttal­—opinions and political stands are bound to change. The party will, however, stick to its full statehood campaign, he adds.

While BSP chief Mayawati projected reservation to SC/STs as the main benefit of reading down Article 370 and 35A, INS­ide sources say there are very few takers for her reasoning even in the party. Danish Ali was removed as the BSP’s Lok Sabha party leader as he ref­used to toe the party line. Mayawati deci­ded to replace him with Jaunpur MP Shyam Singh Yadav.

Party sources told Outlook the BJP has managed to armtwist the BSP chief into extending support to it—recall how the I-T department recently seized a Rs 400-crore plot “illegally owned” by Mayawati’s brother in Noida. Political observer Neerja Chowdhury tends to agree. “It’s possible the sword of the CBI may be hanging over the head of regional leaders. They also may not want to go against public opinion,” says Chowdhury.

Denying any dissent in the party, Shyam Singh Yadav says: “My leader has taken a wise decision that will benefit SC/STs. Kashmir too will be developed.” But does the reasoning carry down the line? Not necessarily—a section of Dalit and Muslim voices are venting anger on social media platforms.

Not many eyebrows were raised in Odisha when the BJD supported the NDA’s moves on Kashmir—CM Naveen being famously ‘equidistant’ from the political poles—yet a key paradox stands out. For, it’s a party that carries the name of the arch figure of federalism in India, which has itself consistently demanded special category status for Odisha. How do you then go along with the denial of special status to another state?

Defending its move, BJD spokesperson and Rajya Sabha MP Sasmit Patra tells Outlook that Odisha’s demand for special category is a legitimate one based purely on socio-economic grounds. “In J&K’s case, the question was the full integration of the state into India. And we felt Article 370 was standing in its way. That’s why we supported it,” says Patra.

A similar irony applies to the pro-abrogation stand of the Shiv Sena, which takes pride in its own ‘Maharashtra for Mar­athas’ slogan. Spokesperson Priyanka Chaturvedi tries to argue that Article 370 was not in sync with federal principles. “We will be doing a huge disservice to Sardar Patel, Ambedkar and Nehru if we hold on to Article 370, which has bec­ome a political tool.”

The unblinking and unanimous stand of Telugu parties in support of scrapping Article 370 and 35A is equally striking.

Jodhka feels parties in India are yet to cultivate a democratic culture beyond electoral ambitions, especially with most regional parties having turned into personal fiefdoms. “We haven’t invested too much political energy in that direction. Parties are worried only about being in power. Here, democracy is all about government deliveries. No party in India arti­culates questions of freedom in the manner they ought to,” says Jodhka.

The unblinking and unanimous stand of the Telugu parties is equally striking, making for the strangest bedfellows. The three satraps—Y.S. Jaganmohan Reddy, K. Chandrasekhara Rao and N. Chandrababu Naidu—fought the bitterest electoral battle for the ass­embly as well as Lok Sabha, against each other and also deriding the BJP as a right-wing communal party. Again, the whiff of corruption charges is said to be the real reason for this volte face.

Before the 2019 polls, KCR had advised the Centre to concentrate on the country’s defence and international diplomacy “rather than poking its nose into state aff­airs”. But his party’s support to contentious legislations, like the ones on RTI or Articles 370 and 35A, has surprised several senior party functionaries. One of them, on condition of anonymity, calls KCR’s decision “suicidal” and “a total sellout to Modi’s BJP”. He feels the decision may also strain ties with ally AIMIM. Why then? “Because the state’s economy is precarious and any confrontation with the Centre may prove disastrous,” he says. Naidu’s stand is also largely seen as a way to escape the Damocles’ sword hanging over his political career. YSRCP cites nat­ional interest, but was once opposed to Andhra’s own bifurcation.

In Tamil Nadu, the BJP’s parliamentary ambush on August 5 took ally AIADMK by surprise. The party’s RS leader A. Navaneethakrishnan had to speak in fav­our of the move. Voting for the Vellore Lok Sabha constituency had started by then, and the party says it lost the seat as Muslim-dominated pockets voted against it as the news poured in. “Even if it had been moved a day later, we would have won Vellore. But we’ll we see the loss as a small price we had to pay for national unity,” points out party spokesperson Vaigai Selvan.

By Preetha Nair With inputs from Sandeep Sahu in Bhubaneswar, M.S. Shanker in Hyderabad and G.C. Shekhar in Chennai