The BJP will have to come up with a Tamil Nadu-specific long-term formula to be politically relevant in this Dravidian stronghold. 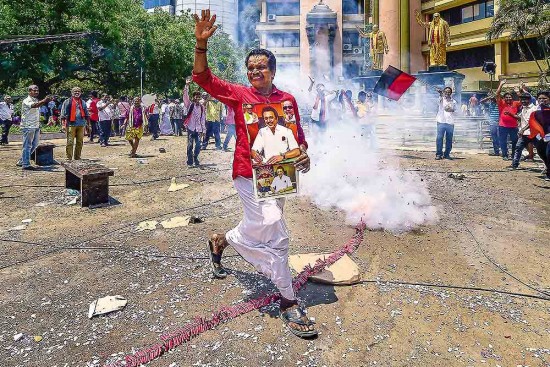 Is Tamil Nadu among the last non-BJP bastions that is consistently resisting the saffron party surge? That is the unmistakable message of the 2019 Lok Sabha elections, as the DMK led front swept the state by cornering 37out of the 38 seats that went to elections.

While in 2014 the NDA managed a toehold in Tamil Nadu by winning two seats as part of a third front, this time in spite of aligning with the AIADMK, it failed to make any impact. The BJP’s lone MP Pon. Radha­kri­shnan, lost from Kanyakumari while anot­her alliance MP, Anbumani Ramadoss of the PMK, lost from Dharmapuri. Even the AIADMK could win only one seat, that of Deputy CM OPS’s son Ravindranath.