Always VS: The Marxist Margdarshak 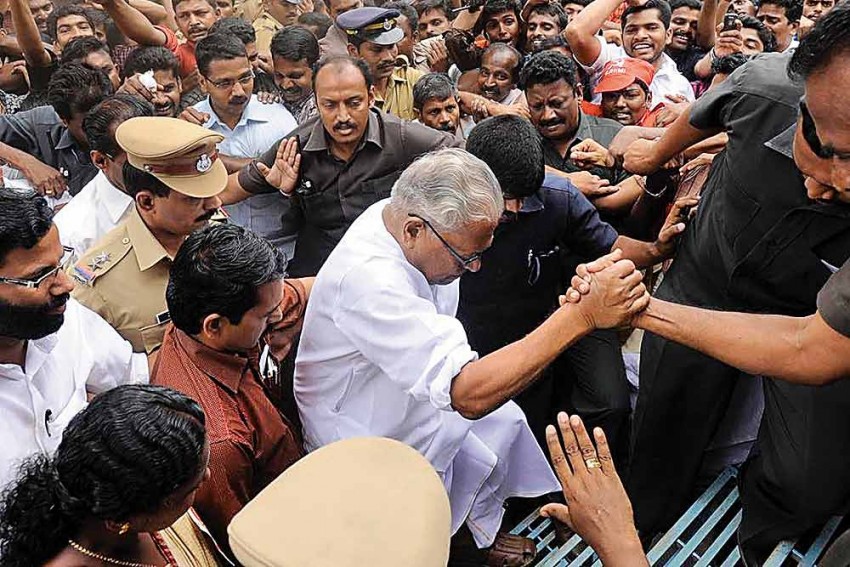 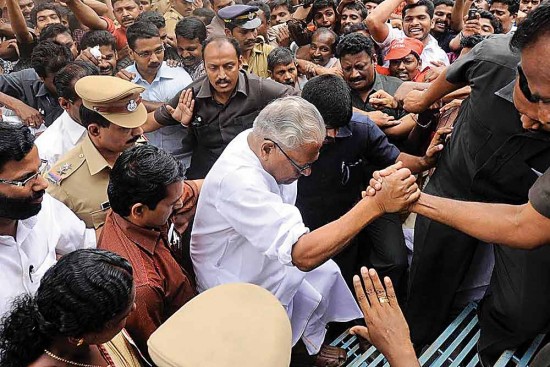 The 90s aren’t always nervous. Ask V.S. Achuthanandan or VS, as he is popularly known across Kerala, and the nonagenarian former CM would say age is just a bourgeois number. VS, a remnant of Communism’s early breed, still keeps the powder dry for a round of rhetoric. In his idiosyncratic style of staccato sentences, he whips up the emotions of the public. He knows exactly when to stress what. And when to keep mum.

He doesn’t mince words either. Dur­ing this poll campaign, he called Rahul Gandhi “Amul baby” and Modi an RSS tool. And he also takes potshots at his own party’s new vision. Or the lost vision. Sole survivor among the CPI(M)’s founding members, VS is the quintessential people’s comrade—always in touch with the common man, ever ready for a protest or strike. The way he led the drive to evict illegal encroachers from the Munnar hills is an example of his battle-readiness. That he is at loggerheads with CM Pinarayi Vijayan is also well-publicised. VS often writes stinging letters to the Politburo against the party’s misdeeds. The state committee, under Vijayan, has tried to shush him, but each time VS’s public support keeps him from being cast aside.

VS now heads the Kerala Administ­rative Reforms Commission, a post with cabinet rank and all the trappings of power, except power itself! Many see the post as a carrot dangled to stop him from sharpening his quill for those heavy-worded letters.

Unlike in previous campaigns, this time VS was seen only in a few constituencies and needed help to move around. At 95, he is not as active as he would love to be.  Achuthanandan does look like an anachronistic romantic, still dreaming of revolution and workers unions at a time when his party looks beyond the Arabian Sea for ­capital ­investments.