All Is Not Well

People struggle for a pail of water in drought-hit areas of Vidarbha, Marathwada and Khandesh. A sluggish monsoon portends more trouble. 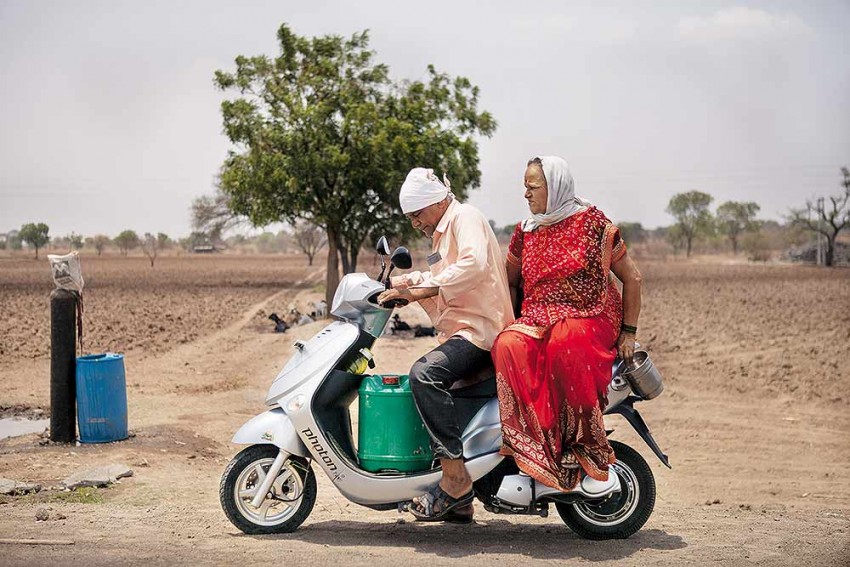 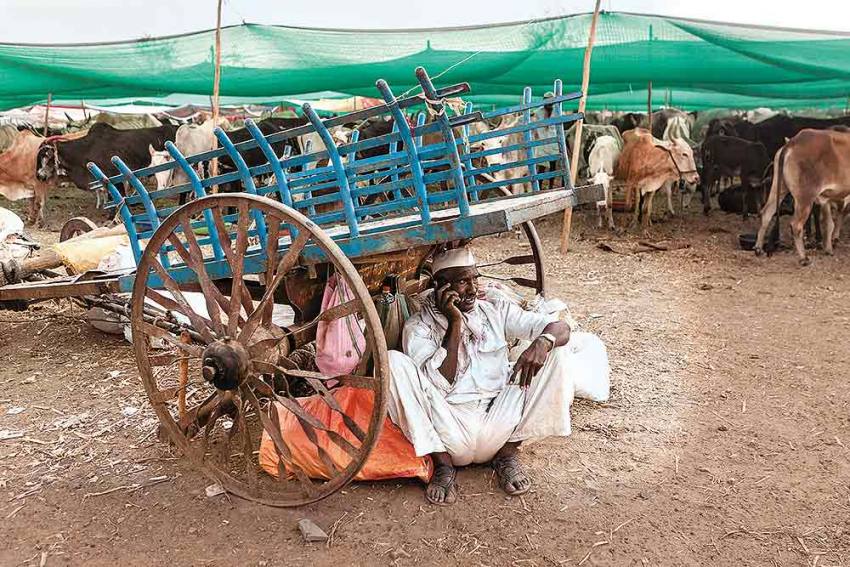 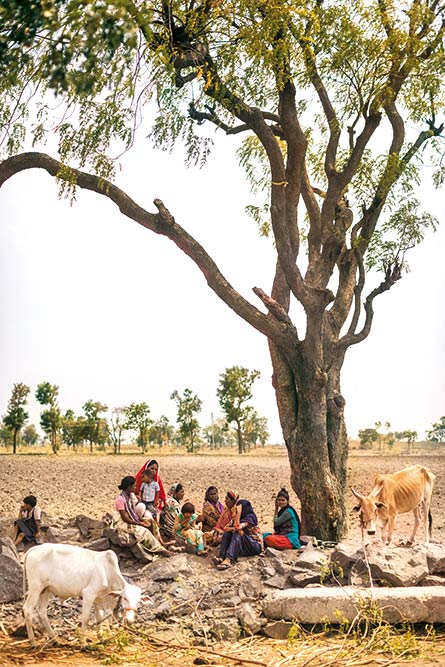 Waiting for tankers in Nashik
Photograph by Apoorva Salkade 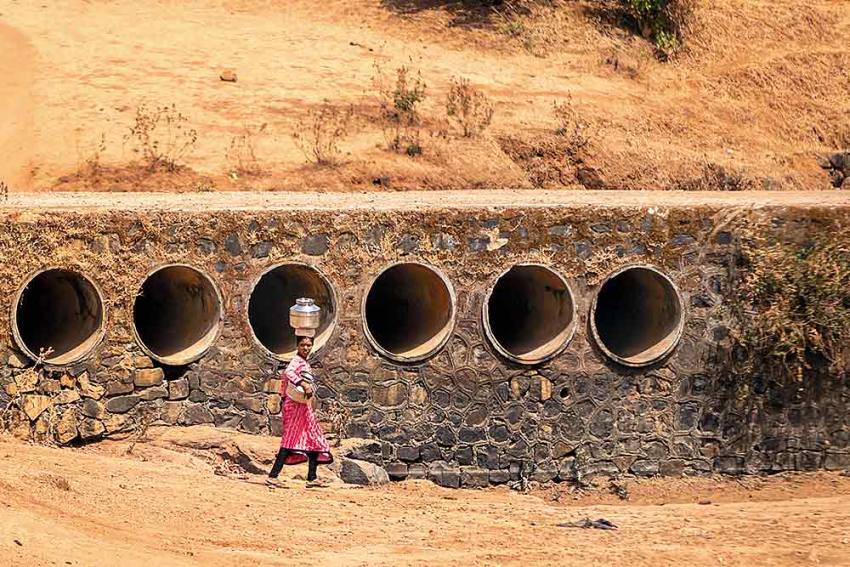 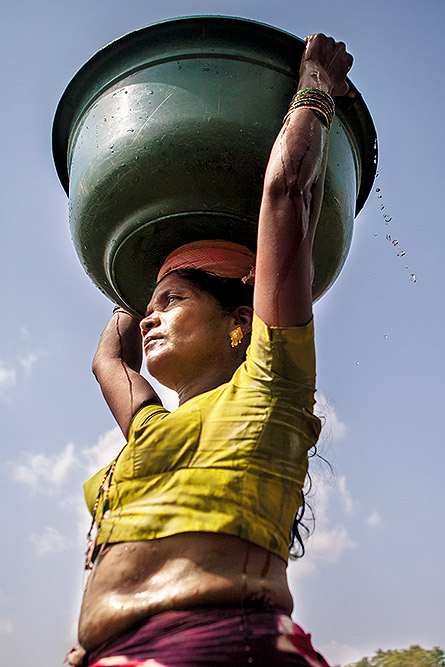 A woman lugs a pail of water near Ghosali village, Palghar district
Photograph by Apoorva Salkade 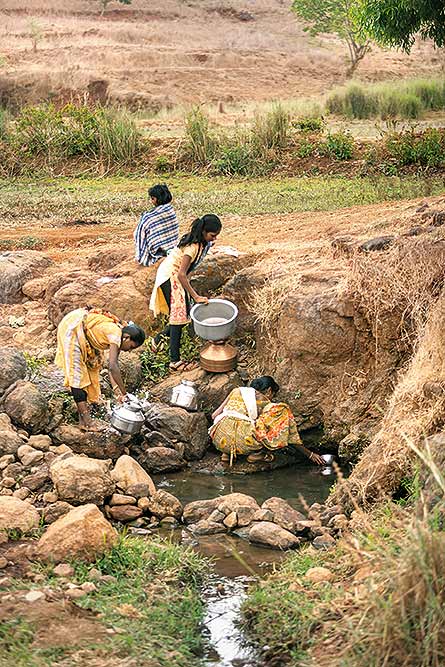 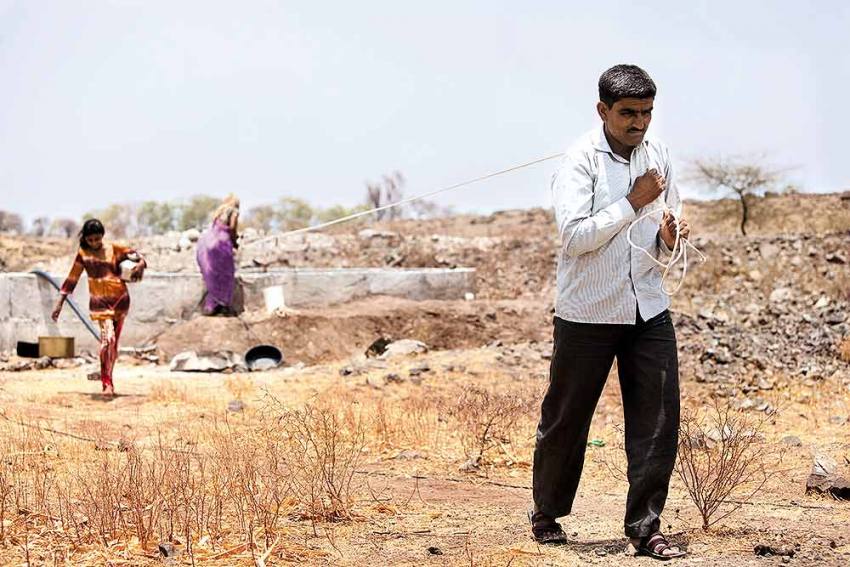 Popat Aher hauls buckets from a well in Rendale village, where water tankers come once a week
Photograph by Apoorva Salkade 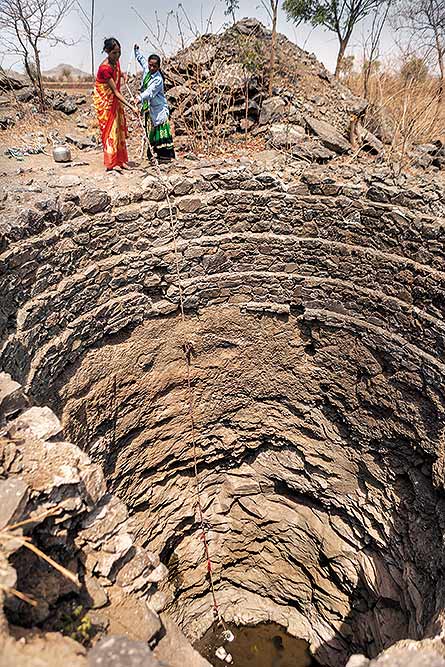 Sonali Garud (24) and Pushpa Garud (49) fetching water from nearly empty well for the farm animals, in Nashik.
Photograph by Apoorva Salkade
Prachi Pinglay-Plumber June 12, 2019 00:00 IST All Is Not Well

Nobody loves a drought, good or bad—at least not in the parched farmlands of Maharashtra where the cracks on the ravaged earth run deep and far. This is Dante’s purgatory, a living hell where the acrid smell of a burnt landscape hangs in the still air. Agony sit on the weather-beaten and creased faces of a struggling rural populace as they wait for the monsoon to bring relief to Marathwada, Vidarbha and tribal areas of northern Maharashtra—the worst-hit in a persistent drought.

Outlook travelled through several talukas in Nashik and Palghar districts, predominantly tribal areas, and captured some of the most stark and poignant ima­ges that show the effects of the drought in its brutal reality. Women, ribs sticking out from their shrivelled frames, travel many kilometres daily to collect water from the last remaining sources—a muddied pond or a deep well. Livestock share the same water source. People are going without a bath or skipping laundry for several days to conserve water for drinking and cooking. Hundreds of villages wait patiently every day for the government tankers that will bring them water. The precious cargo is rationed.

Officially, as many as 6,299 tankers have been pressed into service to supply water in 4,945 villages. Of these, 6,087 were private tankers, leading to allegations of corruption—the tanker driver and operators are allegedly charging money from the drought-hit people. Amid crop failure and water shortage, activists are also reporting increased migration from rural areas to nearby towns and cities for manual labour. The state government has asked farmers to delay sowing the kharif crop, which means a poor harvest and lack of jobs for farmhands.

Activists and agrarian experts have criticised the government for not taking adequate measures, even though it was obvious since October last year that rainfall had been insufficient and a crisis was to follow. It’s almost sowing season now. But all that is growing on the wastelands of Maharashtra is despair.