With 80 countries hit and one lakh infected, the mysterious Coronavirus threatens to ruin mankind 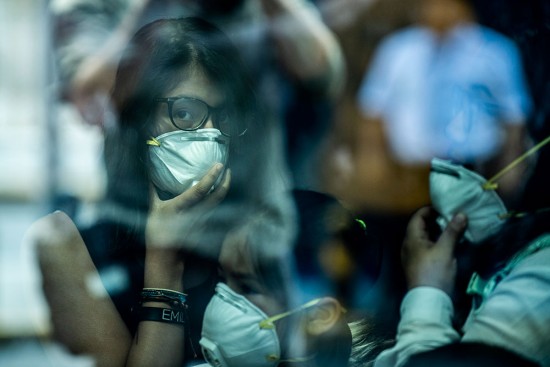 The virus, according to one theory, was transmitted to humans via snakes (again, we do not know). But we do know that China, the epicentre of this bio-earthquake, is ­quietening down. Its massively organised state apparatus has helped taper off the threat, after over 3,000 deaths. Can India likewise marshal a counterforce? About 10 days into their semester break in mid-January, a group of Indian medical students fled Wuhan just before the shutdown. From that populous capital of the central Chinese province of Hubei, where the metaphorical snake first bit, they made the seven-hour high-speed rail journey to bustling Kunming, in the southwestern province of Yunnan, and caught a flight out to Calcutta. “It was a tense few hours of waiting in the train and then in the airport terminal. We had tickets, but didn’t know if we would be sent back,” recollects one of them, a third-year medical student who subsequently became India’s first case of the novel coronavirus infection that causes the flu-like COVID-19 disease. She hadn’t planned on coming back for the break, but the growing uncertainty convin­ced her of the need to go home to her parents. Now, she has recovered and completed a 28-day quarantine. All three infected people in Kerala have recovered, as the state put its famed healthcare system on high alert. All over the globe, about 50,000 people have recovered.

But February’s lull seems to be over, and suddenly alarm bells are ringing all over India. All the new cases—in Delhi, Hyderabad and Jaipur—were travel-­related. One person who tested positive was a tech worker who had recently been to Dubai—where he met engineers from Hong Kong—and got on to a Hyderabad-bound bus from Bangalore. There were 23 others on the bus. Another dined at La Piazza restaurant in Hyatt Regency, a five-star hotel in south Delhi. Then, an elderly Italian couple, part of a 23-member tourist group that visited many sites in Rajasthan, have tested positive. The chain effect naturally set off precauti­ons—some exams are being deferred, schools being shut and Holi celebrations, including by the government, called off.