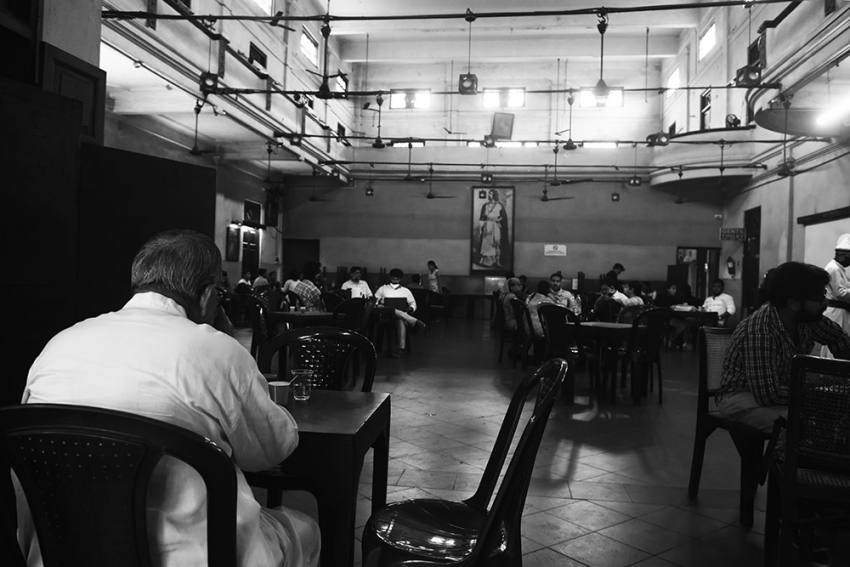 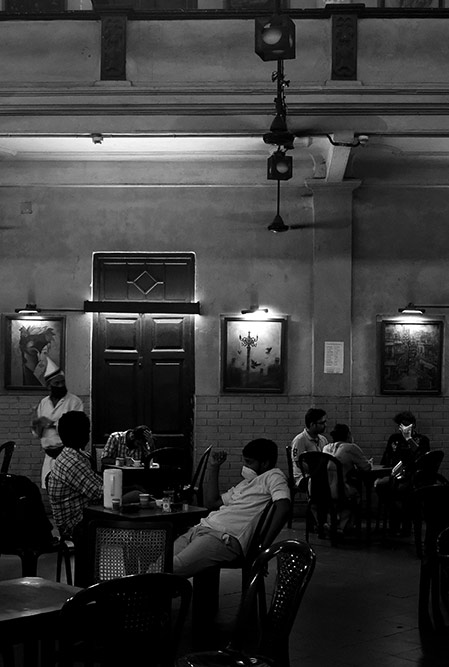 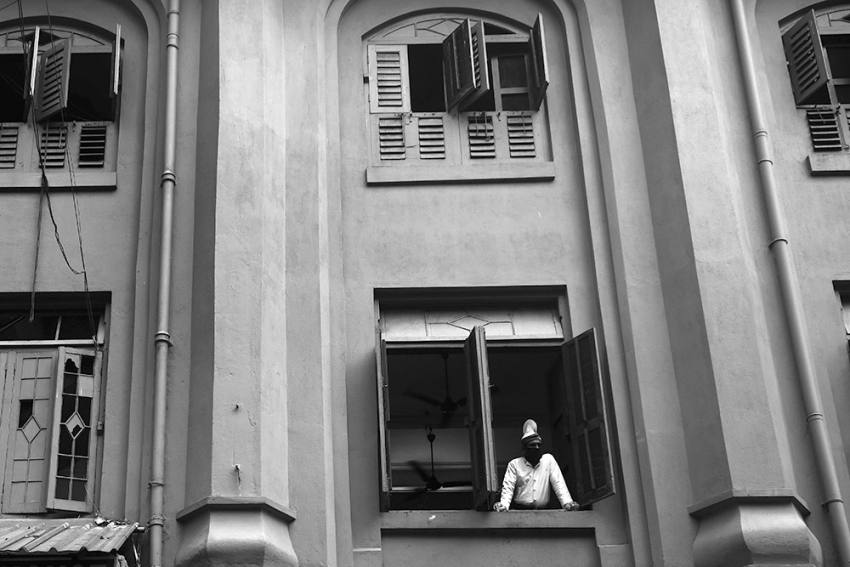 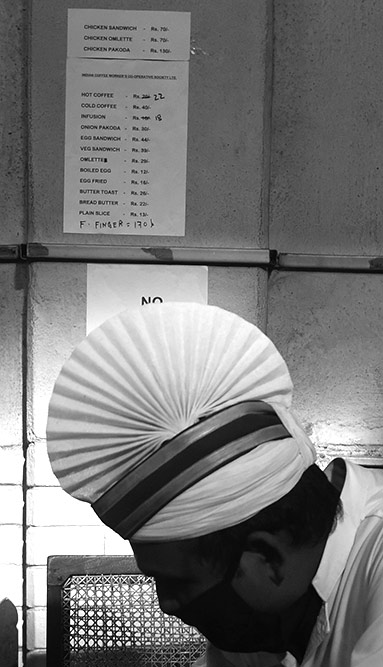 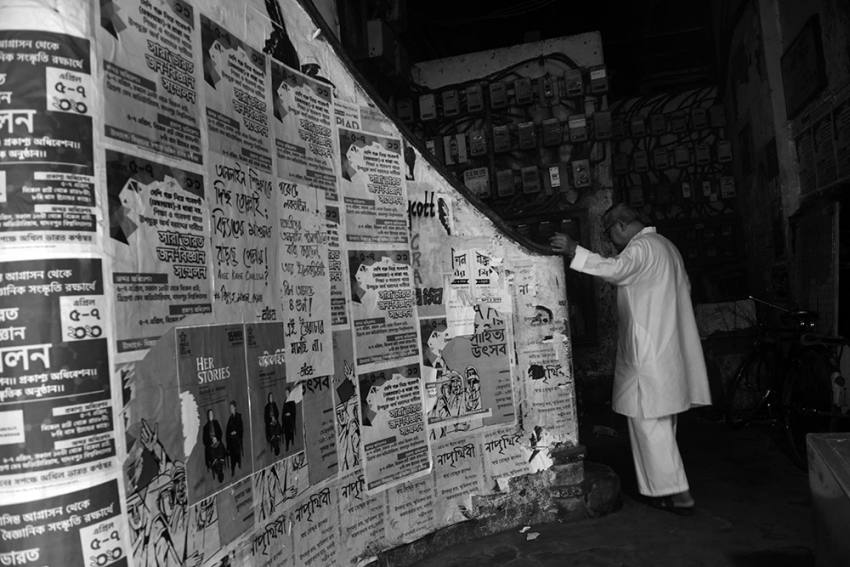 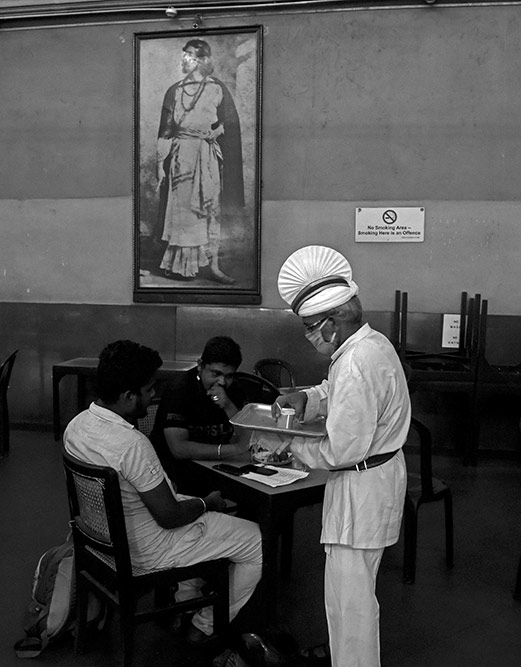 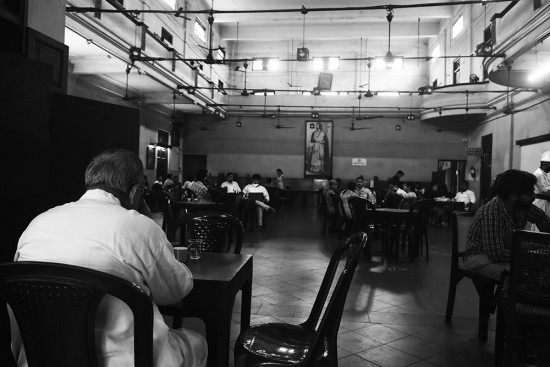 Can it be that an establishment serving coffee and victuals would come to represent, even embody, the unique zeitgeist a city would be known for; to capture and preserve for posterity some of the frisson that defines a great age of ideas? It does too. Just as Café Central preserves in amber fin de siècle Vienna, Café de Flore post-war Paris and Elaine’s the ferment of ’60s literary New York, the Calcutta Coffee House on College Street reifies a vigorous, fecund age of intellectual accomplishment from the ’40s to the ’70s. As a large oil portrait of Gurudev Rabindranath Tagore kept benign watch over them, future economists (Amartya Sen), actors (Soumitra Chattopadhyay), poets (Sakti Chattopadhyay and Sunil Gangopadhyay), filmmakers (Mrinal Sen and Ritwik Ghatak) and countless students argued, debated, criticised and conspired. It was the high seat where the high-minded adda—as Calcuttan as anything palpable—was apotheosised. As the years fell away, grubbiness yellowed the walls of the large, airy and smoky rooms over two floors, shoptalk crept into the confab and the Coffee House ceased to be a profitable concern and neared the end of its natural life. Resurrected by patrons, employees and the state government and smartened up several years back, it clings to the vestiges of its living heritage: the shabby-grand façade of the Albert Hall, the bills and posters (meetings, plays, little magazines) plastering the ground floor entrance, the functionally genteel livery of the waiters or the starched flash of their pugree. The pandemic has forced plastic cups on the tables, instead of white crockery made of the hardiest china, and thermal screening is de rigueur. The watery coffee, the onion pakoras with their accompaniment of vapid pumpkin sauce and the oily, moreish cutlets march on stodgily. Then there are the spirits of the past who breathe on in memoirs, films, anecdotes, tales and song (the apogee being Manna Dey’s Coffee Houser Sei Addata—that adda in the Coffee House). It’s a place where the fictional locks step with the real, whispering of rain-splattered evenings and wafery winter afternoons of a faded Calcutta—much battered, much beloved—a city that shook under the youthful voices of our innocent forebears.