National general secretary of BJP Ram Madhav tells Outlook that the abrogation of Article 370 has led to “strengthening of the voices of India” in the youngest Union territory. 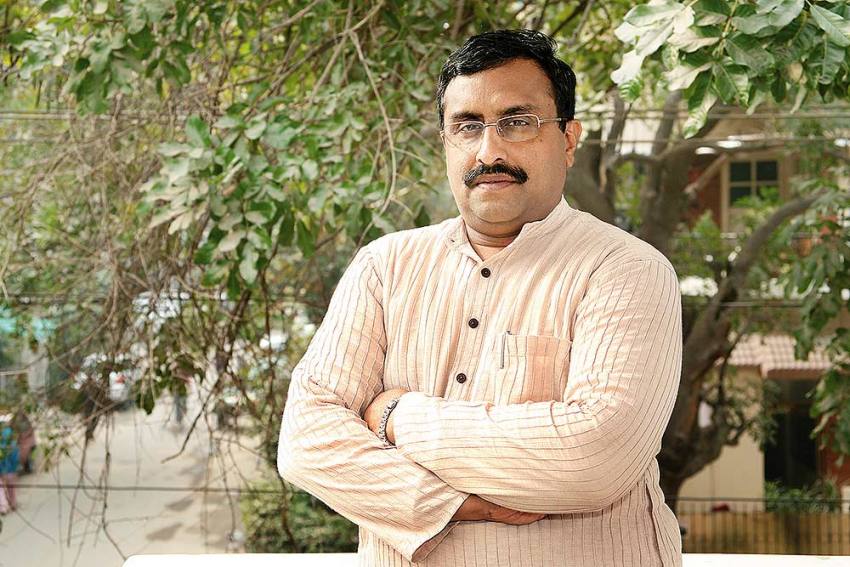 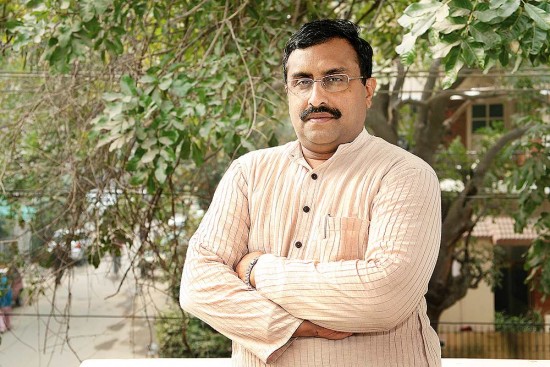 It has been almost one year since Jammu and Kashmir lost the special status granted to it by Articles 370 and 35A. National general secretary of BJP Ram Madhav tells Bhavna Vij-Aurora that the abrogation of Article 370 has led to “strengthening of the voices of India” in the youngest Union territory. It has also exposed local political leaders who, instead of acting as a bridge between the people and the administration, are hiding behind their Facebook walls and Twitter handles—“That is why not many tears were shed when they were incarcerated.” Excerpts:

One year after the ­­­abroga­tion of Article 370, how would you describe the situation in Jammu and Kashmir?

One year ago, on August 5, 2019, when our government abrogated Article 370, the Opposition had predicted bloodbath and street violence in the state. In the last 11 months, nothing of that sort has happened. Terrorist violence does happen. But that phenomenon is of a different dimension and needs different analysis. As far as the people of the UT are concerned, there has been substantial peace, allowing the administration to focus on development.

Do you think we have made some progress towards the stated goal of mainstreaming J&K with the rest of the country?

We need to be careful with words like ‘mainstreaming’ etc because they imply that people over there were not with India. In Delhi’s prime time TV news shows, we subject ordinary Kashmiris to a daily patriotism test due to such assumptions. There is a section of the population in Kashmir Valley that is influenced by separatist rhetoric. But the people of Jammu and a large section of the people of Kashmir have, over the decades, been fully with the national mainstream.

“The majority of Kashmiris got nothing out of Article 370 in seven decades. That’s why they are not agitating violently.”

In the Valley, there was attachment with Article 370 in terms of a special status. No such thing existed in Jammu. Majority of those ordinary citizens in Kashmir, who lived under Article 370 for over seven decades and got nothing, now perhaps want to experience life without Article 370. That is why they are not pelting stones or agitating violently. I conclude that the abrogation of Article 370 has led to strengthening of the voices of India in the UT.

What about the economic development of the UT? Have any industries shown interest in investing there? Are you confident of getting private investment?

As we settled down after the August decision last year, the winter had set in. Many parts of the Kashmir Valley become inaccessible during winter, leading to a halt in development activity. Even the durbar­—state secretariat—moves away to Jammu. As the winter ended, the Covid pandemic arrived. In addition to these natural challenges, there were issues like the new domicile law for the new UT, which took some time to be announced. We have addressed all these issues by now and the state is ready for full-steam development. Already some investments in malls and multiplexes have rolled in. An investor summit is planned, which would pave the way for greater inflow of investment.

Has there been any impact on insurgency in the state, post-Article 370? How do you see the recent killing of a top BJP worker and his family members in a terror attack?

Abrogation of Article 370 has led to massive frustration in the ranks of terrorists and their masters across the border. There are continuing efforts to push in more and more terrorists. But our security forces are alert and neutralising a large number of them at the border itself or in the hinterland. Not a single week passes without the elimination of a good number of terrorists. On the other hand, local recruitment in the terrorist ranks has dwindled substantially.

“It’s important to reward peaceful, patriotic people in Jammu and in the Valley. The UT administration must devise novel ways of doing that.”

Frustration at not being able to get high-profile successes has led to terrorists indulging in heinous targeting of local political activists. A few of them have been targeted recently. However, the state is taking all the necessary security measures. We tell our cadres that there is no need for panic, but there is need for caution.

Earlier, a Congress sarpanch, Ajay Pandita, was killed and another woman sarpanch abducted. Do you think it’s to keep the Kashmiri Pandits away from the Valley?

Standing up for India or holding up the Indian national flag have always had challengers in the Valley. Pandits have paid a heavy price for it. Many local Kashmiris, like the family of BJP leader Wasim Bari, too have laid down their lives in the cause. Pandits had to leave the Valley in the past in large numbers. The Valley is their home and they have a right to return. Terrorists would try every dirty trick to deny that right, but we are committed to bringing them back with dignity, honour and safety. Similarly, we will ensure the safety of all the Kashmiris who stand up for India. They are far too many for the terrorists to silence. On the contrary, we are effectively neutralising terrorists in the Valley on a daily basis. The shelf life of a terrorist in the Valley is just a few months today.

You have been asking political parties to start political activity. During your recent visit to the Valley, you said that the NC and the PDP are not acting responsibly. What do you think is their role at this juncture?

When the UT is under Governor’s rule, people need political leaders the most, as only they can act as a bridge between the people and the administration. Almost all the leaders of all political parties are free today. But they are not coming forward to help people. They are not there to ensure people get the benefits of government programmes. They are not there when terrorists kill political activists. J&K has seen many elections in last two years, right from the panchayat level. These local parties have boycotted them and ran away. Why? They are utterly unaccountable to ordinary people. They hide behind their Facebook walls and Twitter handles. In fact, the people also realised this. That is why not many tears were shed when they were incarcerated.

J&K has been under Governor’s rule since June 2018. When do you see normalcy in terms of political activity returning and elections being held? How long will the delimitation exercise take?

The UT is peaceful and calm except for sporadic Pakistan-propelled terror. But by normalcy if we mean a legislature for the UT, I am sure that will happen on a priority basis. Under the new UT Act, the delimitation exercise has to be completed before going for elections to the UT legislature. The Union government has appointed a commission for that, headed by Justice Ranjana Desai. Covid has delayed the process. Once commenced, it should not take more than a few months. We hope that the process will be completed soon and elections will be held.

Is it true that most of the political leaders have been released from detention against a bond that they will not speak on Article 370? Is that the reason why PDP leader Mehbooba Mufti is still under detention?

Utterly false, as far as I know. This question actually reflects very poorly on the credentials of the detained leaders. In spite of all political differences, I consider several of the leaders of these parties to be persons of conviction and hence dismiss the insinuation.

Is there a possibility of turning the clock back and restore J&K’s statehood?

Statehood to J&K is not about turning the clock back. As per the Union home minister’s anno­uncement, it will be the way forward for the UT. I am sure necessary steps will be taken at an appropriate time.

Some sections in Jammu and Kashmir are raising concern over demographic change. Even Apni Party led by Altaf Bukhari expressed concern over the domicile law. Do you think such concerns are justified?

All talk about demographic change is delusional. Under the new domicile law, a historical wrong perpetrated by  successive state governments has been rectified and domicile has been granted to those genuine Indian citizens living in the Valley for many decades. In fact, the new domicile law in J&K comes with a lot of protections for the local people.

A large section in Jammu feels that they haven’t got anything even after they supported and celebrated the abrogation of Article 370. They are apparently not happy with the UT status for Jammu. How do you propose to handle the situation? Any plan to make Jammu a separate state?

Abrogation of Article 370 has been a long-time demand of the people of Jammu. They are happy about achieving it. They are patriotic people. Jammu got a lot of development projects in the last few years. But it is also true that people of Jammu continue to pay a price for whatever happens in the Valley. Over the decades, the administration got used to looking at the state from the Valley prism only. It is important to reward people who are peaceful and patriotic, whether in Jammu or in the Valley. Since the UT is one unit, the administration has to devise novel ways of doing that.

Many experts link China’s aggression along LAC to revocation of Article 370 and granting of UT status to Ladakh. How much credence do you give to this?

There are many analyses about China’s actions along the LAC. We respect all the experts and their opinions. But China had done the same thing many times in the past too, especially even more intensely in 2013. There was no UT question at that time.

You were the first to tweet about Syed Ali Geelani res­igning from his faction of Hurriyat Conference. How big is this development?

By now, everybody has realised that Geelani’s resignation was nothing but the result of an internal power struggle and Pakistan’s renewed priorities. Geelani was singularly responsible for decades of violence and terror in the Valley. He had led thousands of Valley youths on the path of no-return terrorism and destroyed thousands of inn­ocent Kashmiri families. All the while, he enjoyed Pakistan’s largesse as the hardline leader of Hurriyat. What did he give to Kashmiri people? How does his resignation today mitigate all the horrendous crimes he committed in all these decades and the suffering that he subjected the Kashmiri people to?

Hurriyat lost its relevance long ago. Geelani’s resignation will only add a few more factions to the already faction-ridden and redundant Hurriyat in the Valley. It’s time Kashmiris ignored them and moved on.