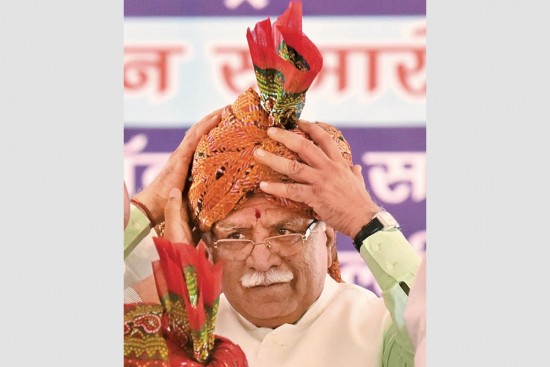 ‘Phir ek baar Manohar sarkaar’—Haryana CM Manohar Lal Khattar is definitely not embarrassed taking a leaf out of PM Narendra Modi’s successful campaign play­book as he begins the electoral push for a second term. He hopes to make a comeback and buck anti-incumbency much like Modi.