By tweaking his Twitter profile, Jyotiraditya Scindia, the aides say, has put the Congress party on notice. 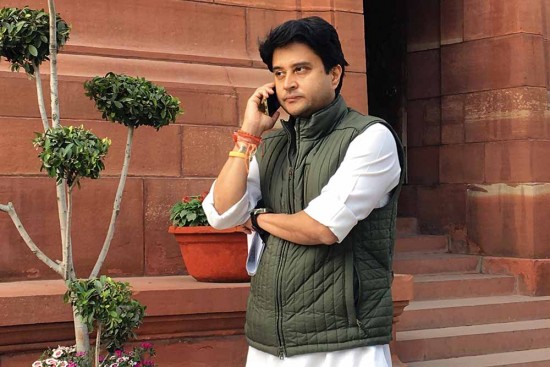 The grapevine was abuzz with speculation on whether the BJP’s Operation Lotus was taking a detour via Madhya Pradesh to Maharashtra. Observers went into a tizzy when Jyotiraditya Scindia purged all references to the Congress in his Twitter bio amid rumours that 20 Congress MLAs in MP, loyal to him, had gone incommunicado, putting the Kamal Nath government at risk. Scindia clarified that he had shortened his bio to “public servant, cricket enthusiast” at his followers’ request a month ago, and dismissed as “ridiculous” insinuations that he was quitting the Congress. But party sources say Scindia has been uneasy since losing out to Kamal Nath in the CM race last year and then losing his traditional Guna seat in the Lok Sabha polls.

Sonia Gandhi has been keeping Scindia occupied with key organisational responsibilities­­—he was in-charge of the committee that screened candidates for the Maharashtra polls, and is part of a group of leaders who will advise the party chief on strategy. Scindia believes the tasks are meant to keep him away from his home state, say leaders close to him. They add the government was “not under any threat”, but this “may change if the question of who gets to be the Congress state unit chief is not settled in favour of Maharaj (Scindia)”. By tweaking his Twitter profile, Scindia, the aides say, has put the party on notice.