Bhakti is no juvenile love affair. The word has been used to describe blind faith to a political regime, writes cultural curator, Arundhathi Subramanium 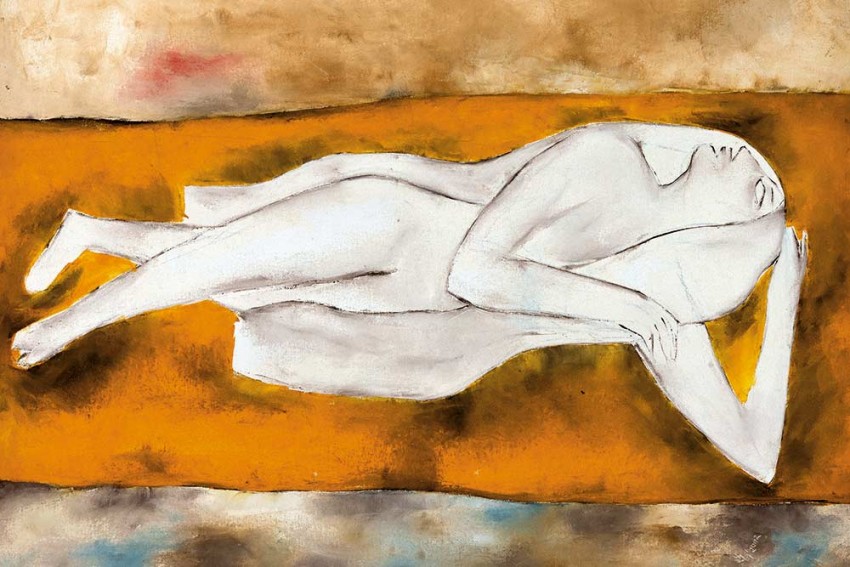 If there is a word we need to urgently reclaim from mutilation and terminal banality, it is ‘bhakti’. We need to reclaim it, above all, from dogmatism—both theological and ideological. On the one hand, the word is employed with derision: to describe blind faith to a political regime. On the other, it is employed with sanctimony: to describe self-righteous adherence to a religious tradition. It is time to rescue the word—from both the high priests of the secular and the commissars of the sacred.

The upsurge appears to have begun around the sixth and seventh centuries in Tamil, evinced in paeans to Shiva and Vishnu authored by a new tribe of spiritual seekers who celebrated their unlicensed longing with ­impunity. They staked their claim to god not as professionals, but as amateurs, brazenly flouting all the rules of elite club member­­ship. Their passionate yearning gave birth to a new god as well. The ­divine was no longer a remote godhead imprisoned in stone and scripture; ­instead, he was enslaved by the crazy sincerity of the devotee’s longing. ‘Why rise at dawn and bathe?/ Why practice each rite according to the rules?.../ All this is in vain if you do not say,/ ‘He is my friend’,’ declares the Shaiva poet Appar.

So intense was this collective delirium that it could not be contained within boundaries—of language, culture, sect, class or caste. And so, this epidemic of wild yearning surged across the subcontinent, assuming ­intensely regional flavours as it spread. It spoke to the ­divine in unapologetically demotic tongues, and made room for a new, endearingly human god—empirical, concrete, accessible, with his own local scent of eternity. And even for those who saw the divine in more impersonal terms, this was an immediate, living presence—not distant and transcendent, but deeply here and now. This gave rise to a poetry that redefined our idea of devotion forever: no longer was the devotee a meek, law-abiding supplicant; she was now a fierce improvisational artist who made up the rules as she went along, imperious in her demand for personal answers to life’s deepest existential questions. 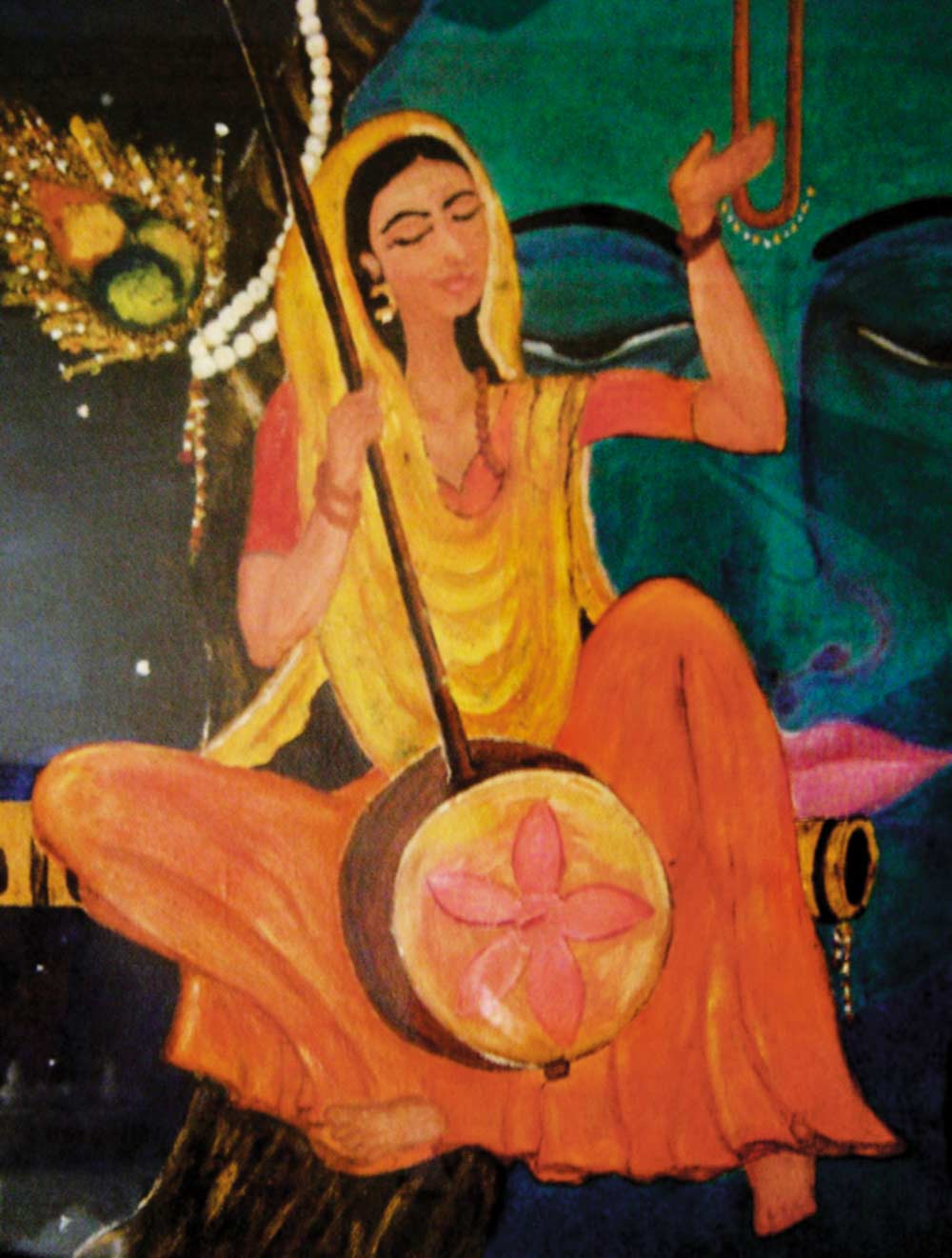 Was Bhakti able to transform anything on the material level? For all its subversive spirit, could it alter caste structures, or overturn gender rigidities? Perhaps not. And yet, one might also ask: does poetry ever make anything happen? The answer is no and yes. The impact of poetry is seldom measurable. And yet, in terms of initiating vast tectonic inner shifts, it has transformed the lives of human beings in profound and ­enduring ways. Bhakti was no different. It was not without its internal contradictions, its puritanical ­moments, its ­canonical feuds. However, whenever the experiential overtook the doctrinal, the poems were charged with the resonance of an intoxicating freedom, an unmistakable authenticity. It is a resonance one hears even today in Kumar Gandharva’s gravelly, unadorned recordings of Kabir’s poetry or Bombay Jayashri’s moving renditions of Annamacharya padams.

If bhakti demanded the surrender of the devotee, it demanded nothing less of the divine.

Several Bhakti poets celebrated the body as an instrument, rather than an impediment, to the divine. Basavanna tells us it is the ‘moving temples’ that are the ones that last. ‘If menstrual blood makes me impure,/ Tell me who was not born of that blood’ is Dalit mystic Soyarabai’s ringing question. Interestingly, the devotees’ inclusive ­vision of the material and metaphysical often saw no divide between the imperatives of stomach and spirit: ‘I eat god, I drink god,’ says Janabai; ‘If I see you ­anywhere,/ I’ll gather you/ and eat you up,’ Nammalvar warns the divine. A natural extension of this perspective of the body was to acknowledge sexual appetite as well: ‘I am in love/ Who cares what happens next?’ exults Meera; ‘[I will] go cuckold my husband with Hara, my Lord,’ says Akka Mahadevi; ‘Just leave me alone with him,’ says Andal. Several male poets also found that adopting the female voice ­offered them the license to a far more egalitarian equation with their god. ‘You call me to bed. I don’t make a fuss./ But unless I want it myself,/ it doesn’t count as love,’ says the feisty female protagonist of Annamacharya’s poetry.

The key to the bhakti ­experience lay in a single word: ­intimacy. This was not a formal, stilted, bowing-and-scraping relationship with the divine. Instead, god here was lover, mother, child, friend and equal. And if bhakti ­demanded the unconditional surrender of the devotee, it demanded nothing less of the divine. In the scorching heat of erotic and mystical union, both ­divine and devotee are equally ­implicated.  Jayadeva’s Krishna pines for Radha as much as she for him. And when Narsinh Mehta’s gopi ties Krishna’s arms ‘to the foot of the bed’, we know the surrender is ­intended to be reciprocal. In this growing proximity to the non-dual condition, all gender hierarchies and power equations are laid to rest.

Here then was a god who was divine and ­domestic, universal ­essence and back-slapping buddy all at once. A god you could laugh and quarrel with, make love to, swear at, dissolve into, and slaughter in the sheer ferocity of your passion. It was the logic of love that made everything permissible; so, nothing was taboo, nothing transgressive. Several bhaktas argued with their god, cursed and swore freely at him, their versified tantrums becoming part of this subcontinent’s unique ­inheritance of sacred ­poetry: ‘The whole transaction is a fraud./ I will have nothing more to do with you,’ is Tukaram’s scathing dismissal of the divine, while Namdev is even more slighting with a god whom he terms illegitimate and outcaste all at once.

Bhakti poetry reminds us that we do not have to be believers to ­respond to impassioned songs.

For those who see faith as obedience and devotion as servility, reading Bhakti ­poetry often comes as something of a shock. There is nothing sentimental here; no goody-goodyness, no facile belief system, no easy comfort food. In fact, several bhaktas warn us of the dangerous, inflammable nature of this condition. They ­remind us that bhakti is not passive faith, but a technology of self-sabotage, a device to dismantle the limited identities we mistake for ourselves. ‘Isn’t it funny/ that even though she’s Mother of the Universe/ we warble/ about her lotus bud breasts?... Hilarious really/ all the hype/ when she’s ­beyond it all—/ description, explanation,/ perception.’ says Abhirami Bhattar, a Devi bhakta, fully aware of the dance of duality that he consciously chooses to ­engage in. The goddess for him is catalyst and pleasurable solvent: an exquisitely powerful Other into which one might dissolve in ­ecstatic abandon.

In counterpoint, Tukaram reminds us that bhakti is not merely capable of demolishing the self; it is capable of demolishing the deity as well. ‘For me, god is dead; let me speak of him no more,’ he says. And suddenly, one realises the incredible freedom of this spiritual legacy: one that allows you the right not merely to choose personal gods, or invent them, but the licence to annihilate them as well. 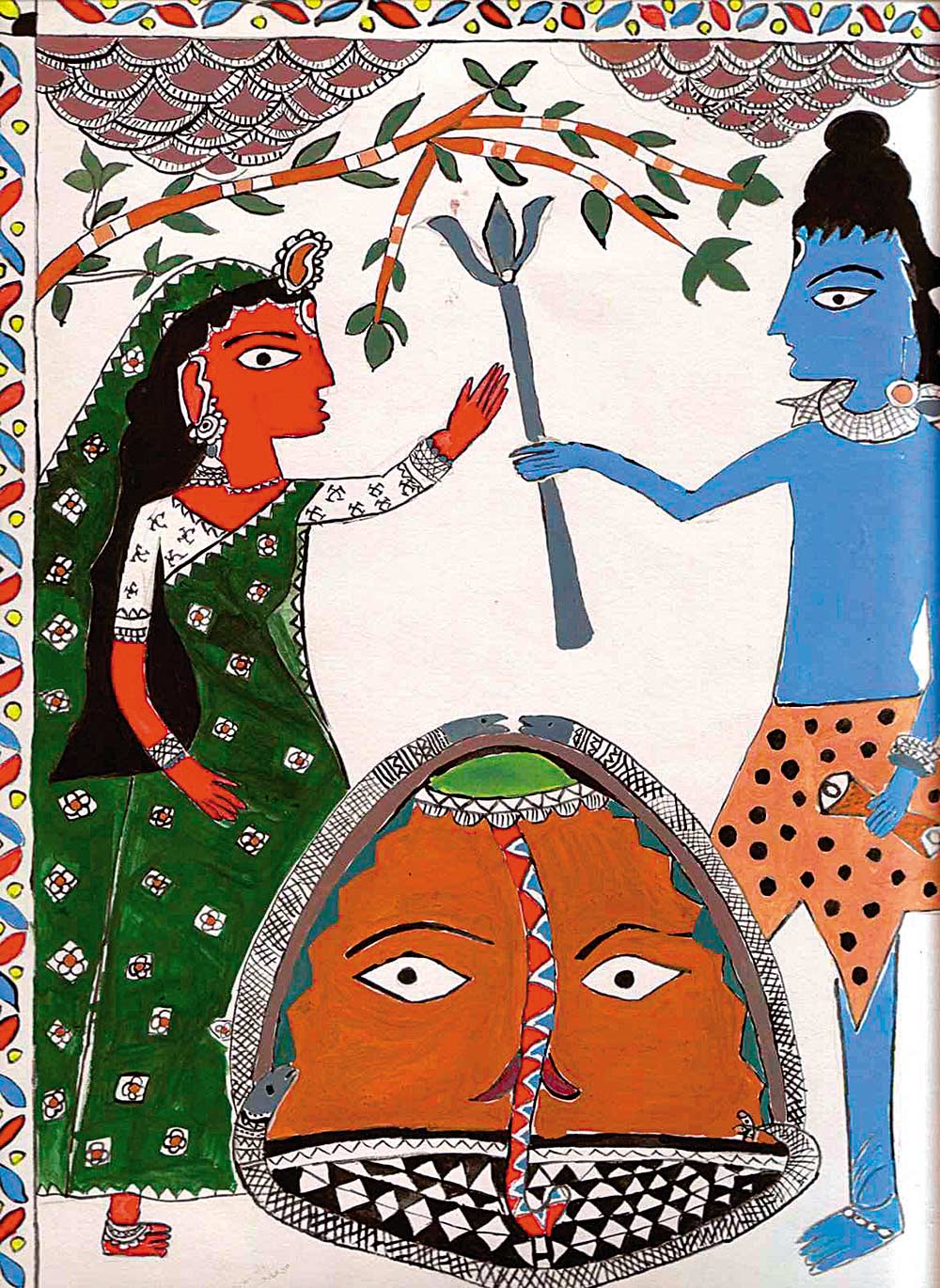 If Bhakti poetry speaks to us across the centuries today, it is for all these reasons and more. Breathtakingly ­diverse, startlingly irreverent, it reminds us that we do not have to be believers of any persuasion to respond to these impassioned songs of bewilderment and exultation, this yearning for more and no-more, for union and dissolution. It points us to a world in which all hierarchies are rendered provisional, including the one between the human and the divine. It ­asserts that the keys to life’s mysteries are to be found not in stone or scholarship, but in the human heart—the ­alchemical site that transforms separation into homecoming, longing into liberation.

And as one journeys across this arc of psychological states from anguish to ­ecstasy, one begins dimly to understand what Tukaram might mean when he asserts: ‘I have squandered my whole life after him/Now, I would like to sit still.’ Or what Ramprasad Sen implies when he declares: ‘This time, Kali, I’m going to eat you up, …Either you eat me/ or I eat you:/ we must decide on one.’ Bhakti, one realises, for all its manic peaks and despairing troughs, is no juvenile love ­affair. Here, instead, is a profound science capable of transforming every toxic, festering crevice of the human psyche into a love that knows no opposite, no other.

(The writer is a cultural  curator and critic)

By Burying What We Should Have Known, Historians Have Let Us Down