As a transport strike strands Telangana, the CM digs heels 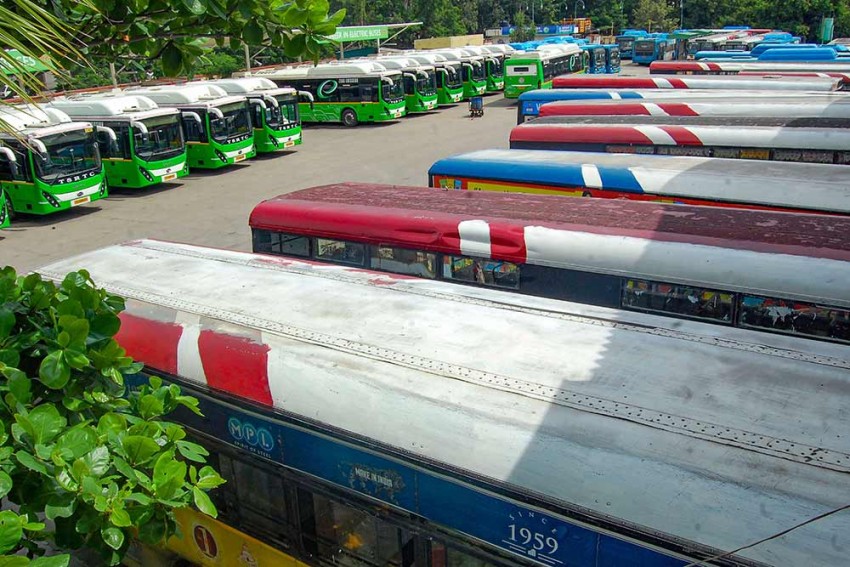 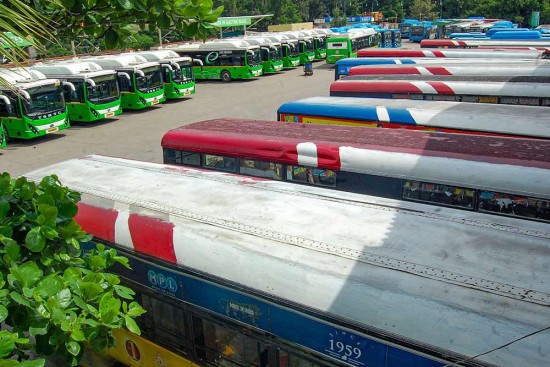 Politics often throws up ­peculiar predicaments—nobody would agree more than Telan­gana chief minister K. Chandrasekhara Rao. He led a protracted mass movement to carve out the state from Andhra Pradesh in 2014, but less than five years after taking charge as the first CM of Telan­gana, KCR is facing his toughest challenge yet—an indefinite strike by the 50,000-odd employees of the Road Transport Corporation, an aut­onomous entity on the government’s watch. The hartal has put the entire fleet of state-run buses off the roads. But, instead of taking a conciliatory stand, KCR has been reportedly refusing to listen to the ­demands of the striking staff. The transport employees demand pay par­ity with state government emp­loyees and health ­insurance among other benefits. Also, more than 50,000 Ola and Uber cab drivers joined the strike ­demanding regularisation of the ride-hailing industry.

The result is that KCR’s popularity has taken a severe beating since the strike began on October 5, with lakhs of commuters left at the mercy of auto-rickshaws and private transport services, which are reportedly charging exorbitant fares. Schools and colleges have been given an ­extended holiday. Business is down. All over, it’s gloom and pessimism this festive season.

There’s allegation that KCR is not even paying heed to the high court, which had dir­ected him to hold talks with the striking ­employees. In fact, the ruling Telangana Rashtra Samiti (TRS) has termed the strike a political conspiracy. “It’s a deliberate ­attempt by opposition parties and leaders to tarnish KCR’s image,” says senior TRS leader Palle Rajeshwar Reddy, adding that the chief minister had never promised during the movement for a separate Telangana that RTC would be given pay and perks matching state government employees—though opposition leaders say he did.

Officials contend that the government  on KCR’s watch allocated about Rs 4,500 crore to help the loss-making RTC remain afloat. “KCR ensured that the average salary of RTC ­employees was around Rs 50,000,” they say. “But instead of appreciating KCR’s sincerity in ­addressing their pay structure and welfare concerns, they chose to strike.” 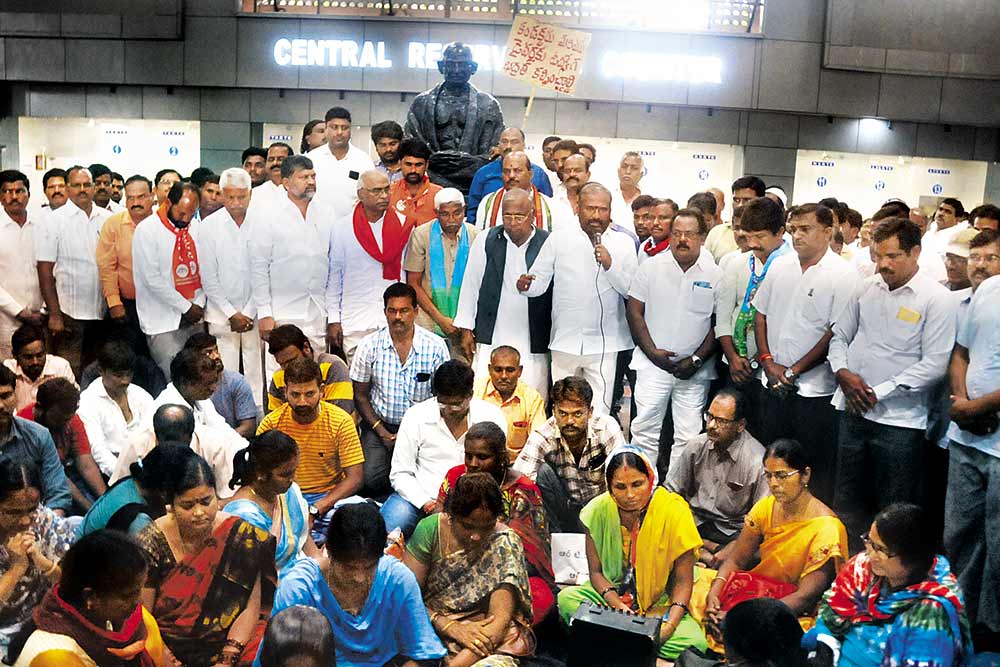 Photograph by Ravinder Reddy
“KCR wants to privatise the transport corporation to hand over prime properties to close aides,” says a Congress leader.

According to CMO sources,  the government will adhere to the deadline set by the high court to submit a detailed report on the strike by October 28. “We are confident of convincing the court yet again that the striking e­mployees’ rigid stand on merger (with the state government) as a pre-condition for talks was the reason for the government not taking any decision yet,” Reddy adds.

But the joint action committee (JAC) spearheading the agitation refuses to back off. The JAC has announced a ­massive show of strength on October 30 by mobilising a 4-lakh-strong crowd. Besides the transport workers, NGOs, teachers, the Osmania University student union and transporters affiliated to Ola and Uber have lent support to the rally, says JAC chief Ashwadham Reddy.

There’s political support as well. The Congress says KCR’s government is eyeing RTC’s properties worth crores of ­rupees, including hundreds of acres of prime land.  “KCR is ­determined to privatise the corporation with the ulterior motive of handing over prime properties to close aides,” says Konda Vishweshwar Reddy, a senior Congress leader and former MP . There are allegations that some ministers were allegedly given plots owned by the corporation on lease for above 60 years at nominal rates.

The BJP, determined to unseat KCR as part of the party’s Mission South, says the CM is indulging in large-scale corruption. The party’s state spokesperson, Krishna Saa­gar Rao, says: “We will not spare KCR and his family for their sins against the state, ­including against RTC employees. He wants to rob them of their assets.”

For KCR, time is running out as he battles accusations of being a dictator/fascist. The BJP is breathing down his neck since the TRS lost seven Lok Sabha seats in the 2019 general elections. Even daughter Kavitha lost from Nizamabad. How he handles this mounting crisis will determine his political future.