Finance Minister Nirmala Sitharaman has to seek solutions to macroeconomic concerns. But these need to be married with problems related to viable farm ­incomes, stress on the informal sector, largely small and medium businesses, and the struggles of the underprivileged. 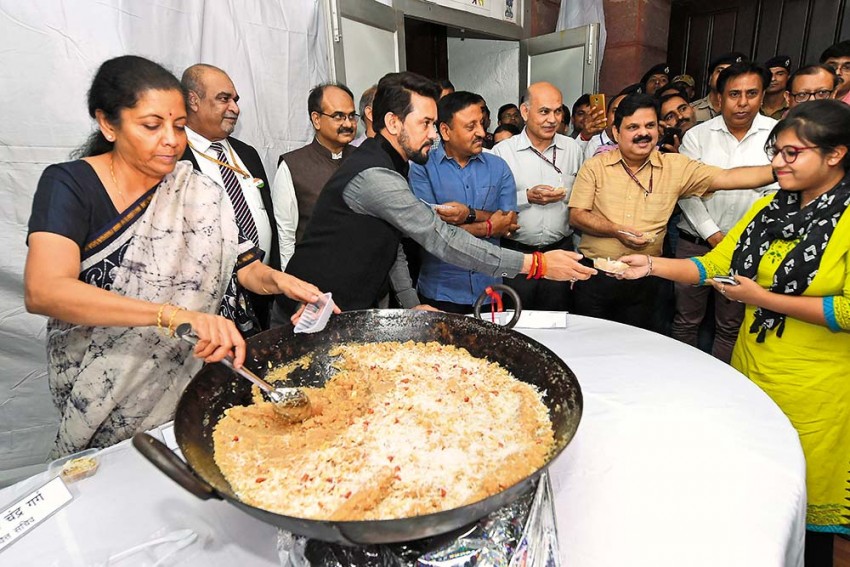 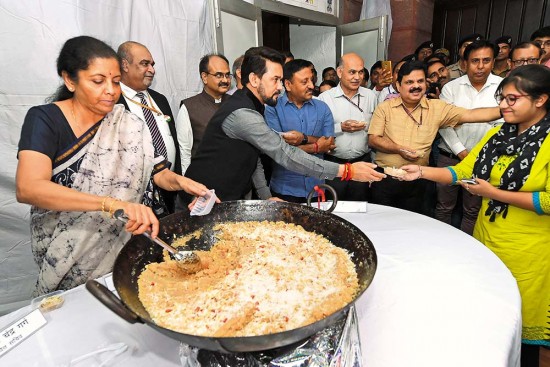 Now that Prime Minister Narendra Modi has proved his mastery over politics and his ­excellent grip on electoral strategies, his ­financial deputy, Nirmala Sitharaman, has a clear-cut job on hand. On July 5, when she presents the Budget, she needs to follow a single-sentence canon—look from above, act at the grassroots. Thus, as she fleshes out an economic ­vision and a five-year roadmap, she has to address the issues of the distressed sections—a top-down approach with bottoms-up objectives.

Sure, the finance minister has to seek solutions to macroeconomic concerns, such as slow growth, lack of jobs and government finances. But these need to be married with problems related to viable farm ­incomes, stress on the informal sector, largely small and medium businesses, and the struggles of the underprivileged. For once, politics and creation of vote banks have to be divorced from economics. The aggressive pursuit of targets has to give way to a focus on outcomes. Sitharaman has to bring in transparency in official statistics and realise that in India, one size cannot fit all.

When Modi came to power in 2014, one of his overriding priorities was to somehow prove that the ‘Gujarat model of development’ could be successfully replicated across the country. So, he launched grandiose schemes like Make in India to attract ­investments, Swachh Bharat to woo the rural masses and Jan Dhan to ensure financial inclusivity. However, they had in-built flaws. One was that the government chased targets—96.5 million toilets built in rural India since October 2, 2014—and forgot about the results.

In a country like India, schemes cannot be imposed from the top as each region has localised needs.

The fact is that in a large country like India, schemes cannot be imposed from the top as different states, even regions within them, have varying needs. This is true of the nature of investments required as well as the construction of toilets. Second, instead of plugging the gaps in the schemes, the government shifted to newer ones, even as it continued to showcase the achievements. It didn’t matter whether the toilets were used or whether the money that flowed in benefitted all states.

Clearly, Sitharaman has to realise that adding new schemes to the hundreds of existing ones will lead to more chaos and confusion. It may be a better idea to club several plans that have common aims. Continuity, not new random announcements, and strengthening of older measures are crucial. It is time to look deeper into the problems at the local level to enhance their efficiency.

One of the best ways to achieve this is to inculcate transparency in official statistics. The previous ­regime was criticised for either hiding the real numbers or ‘massaging’ them. The unemployment figures, highest in 45 years, were not released until the elections were over and critics maintained that growth rates were bumped up. Making government statistics credible and their timely release are important to send the message that this government is serious about economics.

Another step in the right direction is to keep politics away from economics. Most policies in the past five years had political objectives. Demonetisation decimated the moneybags of opposition political parties and GST helped the new moneybags—the large businesses. ‘Welfareism’ was used to create new vote banks and consolidate existing ones. For Modi, it seemed to be the need of the hour as he tumbled from one assembly election to another and tried to notch up victories to bolster his party’s numbers in Rajya Sabha.

Growth has become sluggish, government finances are in a mess and we are now in an era of job shrinkage.

This is no longer the case. The BJP has a sizeable presence in the Lok Sabha and its numbers in the RS are likely to go up. Hence, this is an apt time to focus on key economic reforms, at least for the next three years. But again, apart from national policies, the ­finance minister has to seek specific regional solutions. It is important to augment farm incomes; the previous regime said it would double them by 2022. The government must remember that farmers in different states require different inputs.

Similarly, small and medium businesses and the informal sector took a huge beating over the past few years. Since they are among the largest employers, not just in India but also in other nations, their growth and health are crucial. Budget 2019 can provide incentives for them. For example, as a recent economic survey stated, labour-intensive sectors like leather and textiles should be encouraged. Still, the finance minister has to keep regional complexities in mind as she finalises her policies.

Even as Sitharaman keeps her eyes on the ground and fine-tunes her strategies, she needs to rise up to take a bird’s eye view of the economy. Growth has stuttered, development has taken a beating, government finances are in a mess and we are now in an era of job shrinkage, not jobless growth. These have to be fixed fast. A slew of big-ticket reforms in Budget 2019 can spur confidence, which in turn can hasten investments across sectors.

A huge spend on infrastructure can have multiple impacts on growth and job creation. The previous government allocated huge sums to build roads, ports and airports, and improve river navigation. But more needs to be done. Tax-free infrastructure bonds may be an alternate mechanism to raise the huge amounts required. Aggressive private partnerships, which were given up midway in the previous regime, can be resuscitated. More importantly, a 10-year infrastructure blueprint has to be in place.

Sitharaman’s advantage is that she starts on a clean slate. Unlike her predecessor, Arun Jaitley, she is under no compulsion to dole out sops to her party’s allies. This was important when Modi came to power; not so, when he has regained it. With Modi’s mandate, she will get the support of citizens, even if she has to take a few hard decisions. She can set India on to a new economic trajectory with no major ­political opposition.

However, there is a huge caveat. May 2019 had far-reaching politico-economic implications for politicians, policy makers and people. The election results proved that growth and development may not be necessary to woo voters and win polls. This realisation can make this regime over-confident and complacent. It may decide that changing the ­socio-political equations within the society is more crucial than economics to ensure future victories. If this turns out to be the case, Budget 2019 will be an act in futility.

(The author is a journalist, writer and researcher)

Simultaneous Polls Is Not The Electoral Reform We Need Most