In Kongthong, parents call their children not by their names, but by tunes assigned to them at birth.

More from Dipankar Roy
View All

The small village square is teeming with children filled with joie de vivre, clutching their gifts of pencil boxes and other stationery just distributed by volunteers of a visiting NGO. Squeals of delight ring out as half a dozen others get into sacks and hop their way over about 30 metres, falling and rising, before breasting the finishing tape at the other end of the patch of ground. Across this sporting arena, beside the pathway that hugs it, wait their parents and guardians to escort them back home once they are done, some among them holding the gifts deposited with them so they are free for the sack race or a little kick-around with a ball.

It is from among these adults that a seconds-­long lilting tune wafts out, distinct from the ­assorted sound all around. No sooner does it stop, 10-year-old Aibashisha is by her mother’s side, none too happy at being called when she was in the middle of a game with her friends, but having heard the tune she had to respond.

Welcome to Kongthong in East Khasi Hills district of Meghalaya and about 60 km from the state capital, Shillong. Here, parents  call their children not by their names, but by tunes ­assigned to them at birth, ensuring each is unique so as to not bring several running ­together; the names are for others to use. On a rare occasion when a tune may res­emble ­another in the village, it is modified. It is for this attribute that the village was recently ­nominated for the World Tourism ­Organis­ation’s “Best Tourism Village” award along with two other Indian villages from Madhya Pradesh and Telangana.

“The tune just comes to us from the joy of ­having the child, and every time it is different without having to make any great effort,” says Seilimina, Aibashisha’s mother, with a smile on her lips that are a fresh red from the juice of the betel nut­—kawai in the Khasi language—she is chewing. “I know she is not happy that I have disturbed her game, but I wanted to know when she will be ready to go home since I have other work, too,” she says. Aibashisha requests for ano­ther half-an-hour and, wish granted, rushes off to join her friends.

The parents do call their children by their names at times, but then that would mean trouble.

“When we are angry, we are unable to form the tune and then call them by their names,” says Phainal Khongjee, whose son had also just come over after being called. “If they hear us calling them by their names, then they know we are not in a happy frame of mind, either angry at them or something else,” she says. 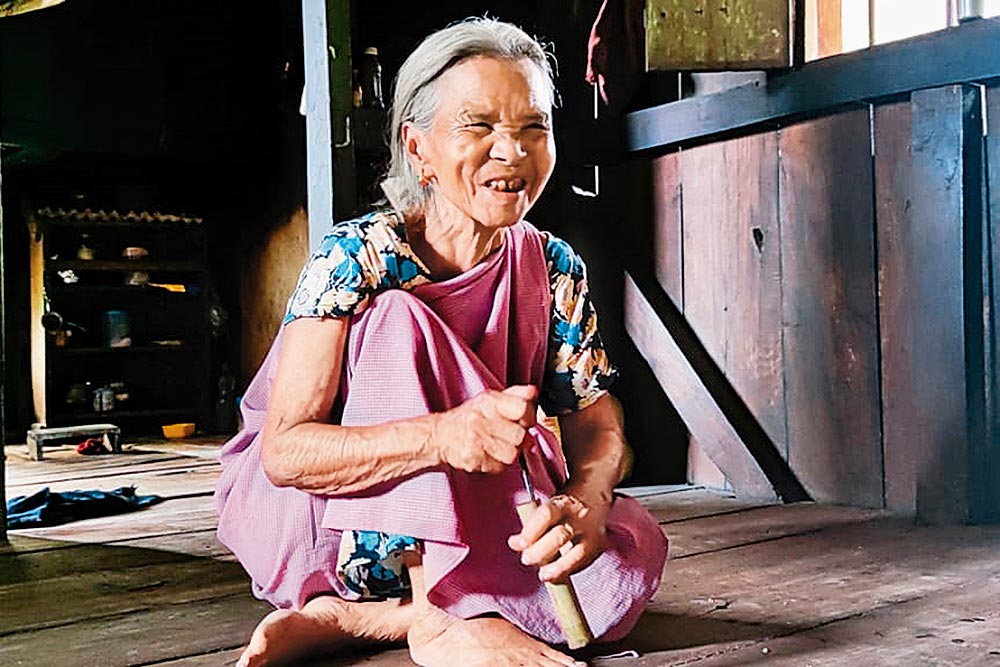 Down the pathway and about 300 metres away, Khnang (in pic), at 80, lives all by herself in a house raised on stilts. It is not often these days that she has to call her children, but that has not erased the tunes from her mind. “I now hum the tunes whenever I rem­ember them and I feel happy,” she says, the ray of sunlight coming in through the door giving a shine to her mane of silvery hair. She then hums the four tunes of various durations. “See, I can still do it,” she says with an infectious toothy grin.

It is these tunes that have now begun to draw tourists to Kongthong, which has become known as “whistling village”.

“Whistling is not really the right term,” says Rothell Khongsit, the secretary of Indigenous Agro-Tourism Society, who once held a job in the government but gave up to concentrate on promoting the village with its 700-strong population. “But at the same time, elders say that some used to whistle the names in the past and that is probably how the name has registered,” he says.

“The tourist footfall in the village is ­increasing, but we cannot be unmindful of the pitfalls of tourism that can ruin the beauty of the village,” says the 32-year-old coordinator, who is also the chairman of Kongthong Travellers’ Nest.

According to him, promoting tourism in a ­rational manner would also help preserve the village’s culture, while at the same time providing a source of livelihood for the villagers whose mainstay is agriculture, with broom plants and oranges being the ­principal produce. There are about 10 tour guides who are mostly educated unemployed youths and have been trained by the state ­department of tourism. There are cooks to cater to visitors staying in the traditional huts. 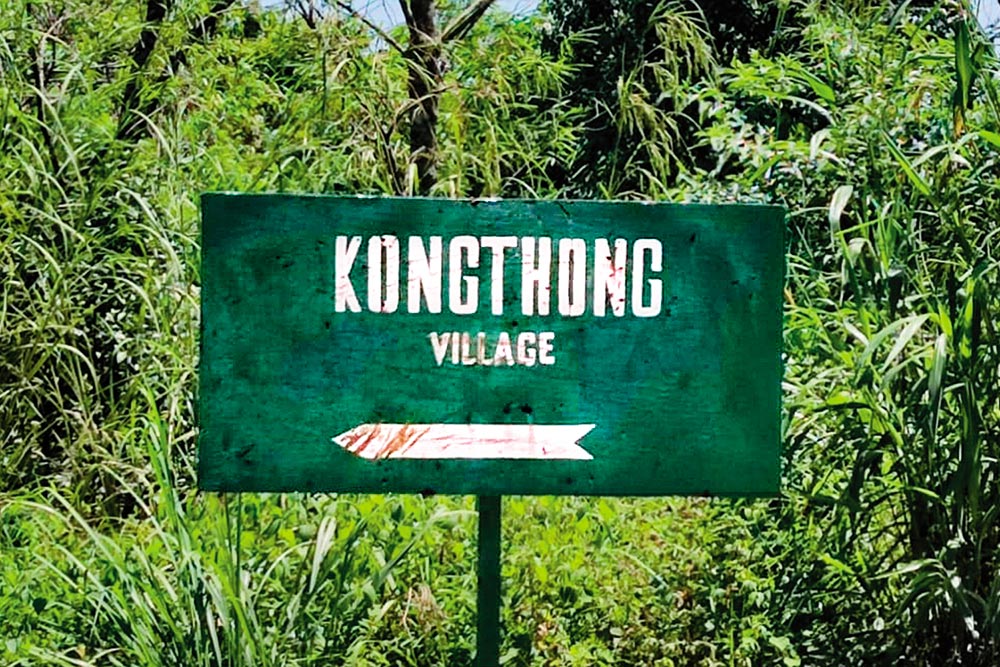 Khongsit recalls that it was not easy, though, to bring the villagers around to the idea of tourism. They were wary in the beginning, app­rehensive that such an activity might ruin the sanctity of the place and also bring in ­undesirable elements. “It took several rounds of awareness sessions before they understood that it was for a greater good,” he says. “But we want the village to be preserved as a heritage site and not surrender completely to the lure of the lucre.”

Much of the credit for Kongthong increasingly catching public imagination goes to Rajya Sabha MP from Bihar, Rakesh Sinha, who adopted the village in 2019. Khongsit ack­nowledges the MP’s service, saying his intervention has made the state government active and “we are seeing change”.

Sinha is also against wanton tourism, which could damage the ecosystem of the village, and advocates strict guidelines for visitors to follow. Food from outside, for instance, should not be allowed into the village. “Both the culture and ecology of the place should be protected. Development should be sustainable. If tourism destroys this, then we should not ­encourage that,” he has said. He has also proposed that the village be made a Unesco cultural heritage site in the way Kuşköy, in the Turkish province of Giresun, has gained the tag for its kuş dili (bird language), a form of whistled language that helps the people communicate across the region’s deep valleys.

Sinha visited the village recently and held discussions with chief minister Conrad Sangma on its development. He said the CM has allotted Rs 1 crore for Kongthong.

As dusk approaches and the mountains around begin to turn dark from the lush green, and as scattered twinkling lights begin to ­appear on the slopes of the hills across the deep ravine from Kon­g­thong, the name-tunes grow in number. It is time for the Aibashishas to return home; they need to hurry, too, lest they are called by their names.

(This appeared in the print edition as "Whistling Woods")