'Wake Up Everyone, Don’t Be Afraid': Manipur Journalist In Jail Awaits Justice

Manipur scribe in jail for over two months. Charge is sedition, his Facebook post called CM a 'puppet'. 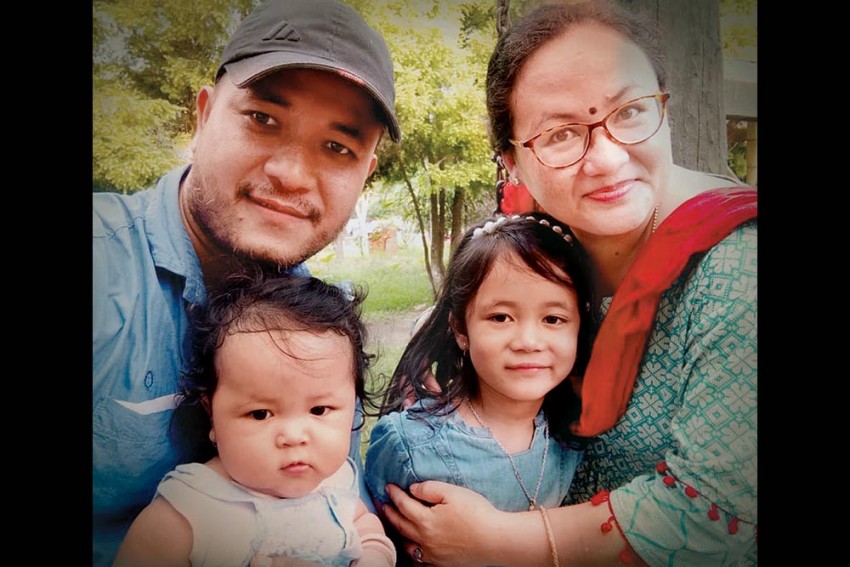 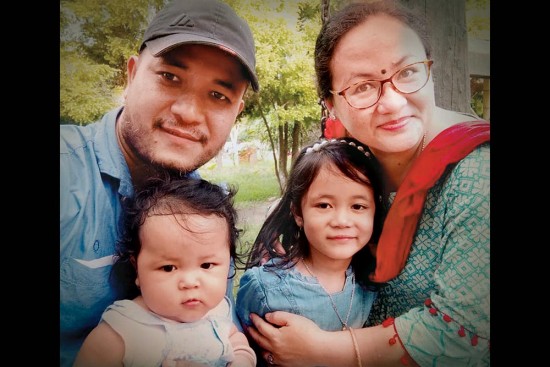 For more than a month now, Ranjita Elangbam has been getting hundreds of phone calls from unkn­own numbers and strangers speaking in “strange languages”. She also gets the feeling of being foll­owed—the creepy sensation of unseen people watching her from the shadows, vehicles pulling up besides her on the road and then zipping away. And all these started after her husband, journalist Kishorechandra Wangkhem, was arrested under the draconian Nati­onal Security Act (NSA) for criticising chief minister N. Biren Singh in a Facebook post. He has since been sentenced to jail for a year as the government considers him a “threat to the security of the state”. Critics and activists say it is yet another attempt by the BJP governments—in Manipur and in Delhi—to stifle dissent and free speech. But the unfazed state government has refused to back off.

Beyond the obvious is what many see as the right-wing’s attempt to push its own version of nationalism in the Northeast, a sliver of a landmass in India’s far-east where many identify their Indianness in the context of their own tribe or community. Kishorechandra, 39, could have been doing precisely that when, on November 19 last year, he uploaded a video on Facebook, calling the chief minister a “puppet” of Prime Minister Narendra Modi. Using expletives in this video, Kishorechandra went on to criticise Biren Singh for organising a function to commemorate Laxmibai, the queen of Jhansi, who, the journalist said, had no role in the freedom movement of Manipur. Kishorechandra, a father of two girls, was working as an anchor­-reporter with ISTV, a local news channel.

He was charged with sedition on November 21 but was granted bail on November 25 by a local court which said that there was nothing seditious in his post. “…The said words, gestures made by the accused person cannot be termed as seditious. It appears to be mere expression of opinion against the public conduct of a public figure in a street language,” the chief judicial magistrate of Imphal said. Two days later, Kishorechandra was re-arrested, this time under the NSA, which allows the state to put an accused in jail for a year without trial. There was no explanation how Kishorechandra was a threat to the nation.

BJP’s state spokesperson Tikendra Singh defends the crackdown saying that Kishorechandra was a serial offender who had “crossed all limits” in the name of freedom of speech. “Every Indian should try to follow the Constitution strictly but that particular person crossed the limit. And this is not the first time. This is the third time and he had started doing it habitually. Under such circumstances, the government shouldn’t be silent,” Singh says. Kishorechandra was earlier arrested briefly in August for calling the BJP the “Buddhu Joker Party”.

The chief minister gave a more clear interpretation. “I have no problem with criticism. I can tolerate it. However, I cannot tolerate the humiliation of my leaders. He (Kishorechandra) was both abusing and humiliating national heroes like the Rani of Jhansi and Prime Minister Narendra Modi. What he said was beyond the freedom of expression,” Singh said at a public function on December 24.

Lawyers say the government is trying to scuttle his efforts for bail by delaying court proceedings in the Manipur High Court. The court had asked the state and Centre to furnish documents by February 1. “The government failed to furnish the documents. Now the court has postponed the hearing to February 22,” says Shreeji Bhavsar, advocate at Human Rights Law Network.  Kishorechandra’s lawyer N. Victor sees it as a “rarest of the rare cases” in India. “It involves Article 19(A), the right to freedom of expression. It’s got nothing to do with communal harmony or anything else. It’s against the rights of the journalist.”

Activists also see a pattern in the use of such stringent laws against dissenters in BJP-ruled states in the region, where the party is in power in six of the seven states. Last month, three people of Assam—intellectual-writer Hiren Gohain, journalist Manjit Mahanta and activist Akhil Gogoi—were charged with sedition over their opposition to the citizenship amendment bill. Since 2016, when the BJP came to power in Assam for the first time, police have slapped at least 245 sedition cases, though most of them are against militants.

Human Rights Alert director Babloo Loitongbam, who briefed the UN special rapporteur on the issue, says the space for dissent is shrinking in India. In the Northeast, he sees another agenda. “There is a strong feeling in the Northeast that the right-wing is trying to create an ideology of Hindi, Hindu, Hindutva. Suddenly, Jhansi Rani has been eulogised and compared with freedom fighters here, which has absolutely no historical connection. Kishorechandra’s reaction is a reflection of it,” Loitongbam adds.

What surprised many in the episode is the role played by two journalist groups—the All Manipur Working Journalists' Union and Editors Guild, Manipur—which refused to help Kish­o­rechandra. Though the journalists’ union later changed its stand, it was disturbing for Ranjita. “The Indian Journalists’ Union and Press Council of India have been helpful. Two media houses and journalists have been helping at their personal level in Manipur but I think there should have been more voice in protest against the arrest,” says Ranjita, who works as an occupational therapist in a district hospital. “Today, it’s him, tomorrow it will be someone else. There is a fear among the people for expression. But I want everyone to join this battle so that freedom of exp­ression remains intact in our country.”

The journalist’s arrest has sparked widespread protests, raising questions on freedom of expression and fuelling the debate on the need to scrap draconian laws like the NSA. Senior lawyer Colin Gonsalves says Kishorechandra’s case doesn’t hold water. “Sedition law is applicable only when words are coupled with strong actions. When the Balwant Singh case came to the Supreme Court for sedition, the judge asked only one question to the state prosecutor ‘what did he do after raising the slogan Khalistan zindabad? Did he throw a bomb or anything? If he didn’t, that’s not sedition’,” says Gonsalves, who is also the founder of the Human Rights Law Network.  The lawyer points out the case of a Uttarakhand journalist who was also charged under the sedition law for putting a poster with ‘inquilab zindabad’ written on it.

Ranjita knows it could be a long haul. “It’s tough, very tough to fight the battle all alone. But I’m not tired. I will fight and emerge victorious,” she says.

In his cell at the Sajiwa Central Jail in Imphal East, Kishorechandra waits for “justice”. He had refused to apologise to the government. “Wake up everyone, don’t be afraid”—that’s what Kishore­chandra has been saying all along, acc­­o­rding to his wife.

By Preetha Nair in Delhi and Abdul Gani in Guwahati