Eyes set on next year’s assembly polls, TMC and BJP draw swords in a gathering mass of political violence in Bengal 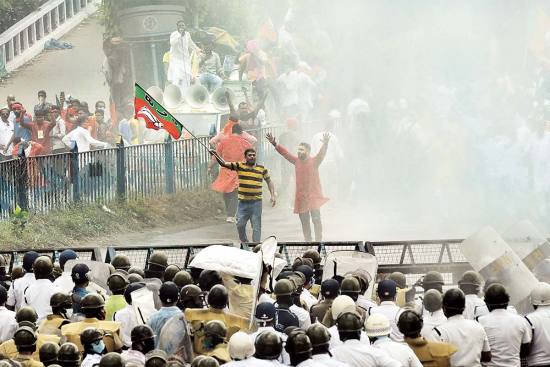 Within three days of the murder of Manish Shukla, a Bharatiya Janata Party leader and a close aide of its Barrackpore BJP MP Arjun Singh, the state police increased the security of Partha Bhowmik, a Trinamool Congress MLA from Naihati, an assembly segment within the Barrackpore Lok Sabha constituency. The state administration fears that Bhowmik, who has played a leading role in recovering ground lost to the BJP in Barrackpore when Arjun Singh switched over from the TMC and won on a BJP ticket, could be a marked man. The Bengal CID has arrested three persons for Shukla’s death and suspect personal rivalry to be the motive; the BJP has alleged it was a political murder “jointly planned and executed by the TMC and the police”.