Home  »  Magazine  »  National  » Opinion  » Judiciary@70 »  70 Years Of Indian Judiciary | Opinion: The Courts Must Reform So That They Can Preserve -- Seven Must-Dos 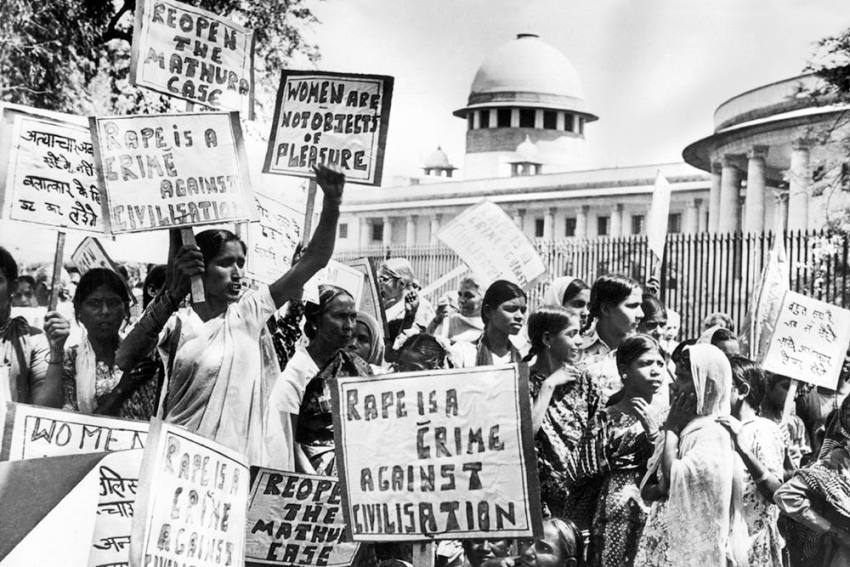 Landmark
Activists demand justice in the ‘Mathura rape ca se’ outside the Supreme Court in 1980. Mathura, a young adivasi, suffered rape in custody in 1972. The outcry led to a change in India’s rape laws.
Photograph by Getty Images
Ruma Pal, Arghya Sengupta January 23, 2020 00:00 IST 70 Years Of Indian Judiciary | Opinion: The Courts Must Reform So That They Can Preserve -- Seven Must-Dos 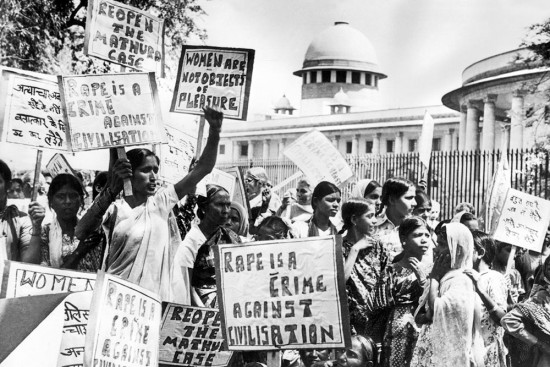 “Different parts of the Constitution will act and react on each other and the court will have to decide questions arising from such a situation...discharging its duties as perhaps no other court has so far been called upon to do.” With these words of the first Chief Justice of India, Harilal Kania, the nation’s judicial system as we know it today, with the Supreme Court, high courts and the subordinate judiciary, started functioning on January 28, 1950. As it turns 70, there is much to be proud of—the judiciary has been the nation’s moral conscience, speaking truth to political power, upholding the rights of citizens, mediating Centre-state conflicts, providing justice to the rich and poor alike, and on several momentous occasions, saving democracy itself. Despite its achievements, a gap between the ideal and reality has been becoming clear over the years: justice del­ivery is slow, appointment of judges is mired in controversy, disciplinary mechanisms scarcely work, hierarchy rather than merit often appears to be the grundnorm, women are severely under-represented, and constitutional matters often languish in the Supreme Court for years. As Justice Chelameswar said in his dissent in the NJAC judgment, the courts must reform, so that they can preserve. In this spirit, here are seven reforms for the Indian judiciary at seventy:

By calling district courts and magistracy the ‘lower’ judiciary, great disservice is done to their role in justice delivery.

Otherwise, there is no distinction in the nature of duties discharged by any judge at whichever level. Often, artificial distinctions are made intra-court, particularly with the office of the chief justice. No such distinction exists in the Constitution. By calling district courts and magistracy the “lower” judiciary, grave disservice is done to their role and importance in justice delivery. Use of terminology steeped in hierarchy should be discontinued. After all, the courts, more than any other institution, will be aware of the expressive power of language.

Hierarchy also informs appointments—these are often made on the basis of age seniority, irrespective of the competence of the appointee. Equally true for the high courts or SC, the rule operates particularly harshly at the district judiciary level. District judges come to the service with degrees in law and post-graduate degrees. They are quite often men and women with excellent intellect. They gather experience as judges over the years and yet their elevation as high court judges is deferred because of the fixed percentage of uptake from the district judiciary.

Within a high court, a distinction is drawn between an appointee from the high court bar and a judge from the district judiciary—the latter is given relatively unimportant jurisdictions. Members of the bar often treat them with less deference. Except for a few well-known and exceptional instances, very few district judges have made it to the Supreme Court. Gates to the latter portal are often unlocked by factors other than competence; very deserving judges are superseded on grounds of religion or caste.

The entire system of appointments to the higher judiciary requires reform, influenced as it is by considerations of rep­­resentation (region, caste, religion, the latter two often operating negatively). Representation is important but should not be a determinative factor. Caste, religion and regional representation are not simply markers of diversity; they are also convenient justifications for appointing or not appointing a particular candidate. It is a pity that despite two methods having been tried—executive-led and judicial collegium-led—a system that appoints judges on merit, and is seen to do so, eludes us. This is because there are no clearly laid down cri­­­teria. The ideal method would be an appointments board, comprising the Chief Justice, two senior judges and representatives of the executive. This would ensure checks and balances, and also speed up the entire process by giving the government a skin in the game, allowing it to be held accountable for the choices made. It would also preserve judicial primacy and be consonant with the need for judicial independence. 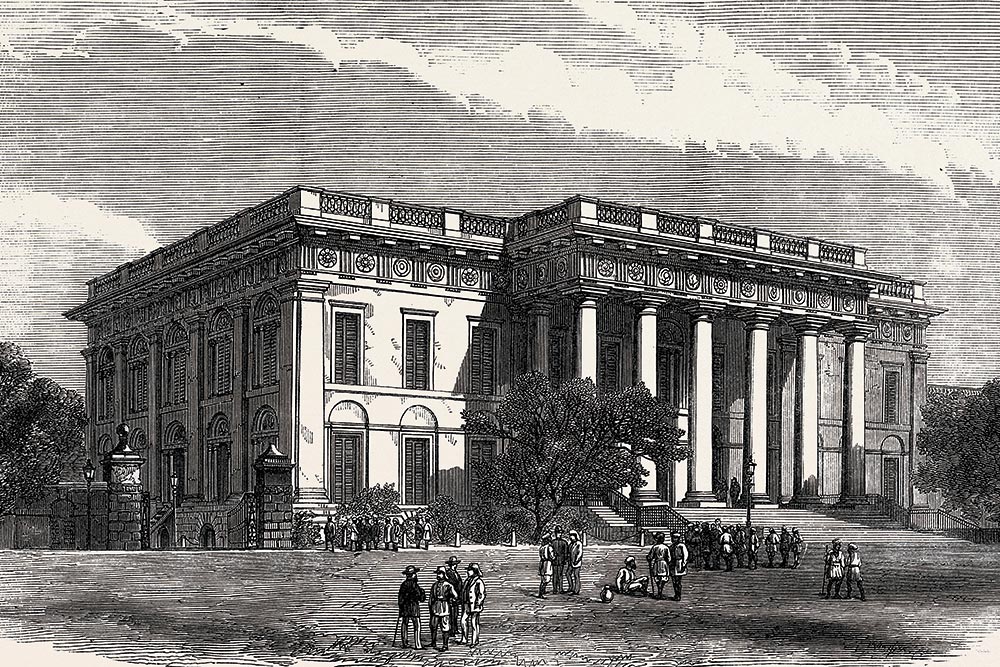 An 1871 etching of the courthouse in Calcutta.

Equally important are considerations of gender—to see that an adequate number of women are represented on the bench. It is a pity that despite such large numbers of women in law colleges, very few join the legal profession. The few who do have to face the prejudices most women face in any profession. The sparse presence on the bench is a natural corollary. The disparity increases as one moves up the existing hierarchy. A Vidhi study showed that at the level of civil judge (junior division), 34.65 per cent of appointees in the period under study were women. This was significantly higher than the number of women appointed directly as district judges (11.75 per cent). As of March 23, 2018, only 10.89 per cent of high court judges were women. In the Supreme Court today, the figure is 9.09 per cent. As we go up the judicial ladder, the percentage of women drops sharply. This pyramid needs to go.

An egregious failure of the Supreme Court and high courts has been the reluctance to take disciplinary action against one’s own colleagues for misconduct. A marked contrast is visible when it comes to action taken by them against judges lower down the pecking order, for much lesser offences. The fact that the Constitution provides for impeachment of judges should not bar the courts from devising their own mechanisms for taking disciplinary action. Though the Restatement of Values of Judicial Life exists as a code of ethics for judges, the in-house procedure supposed to enforce it is opaque and often dysfunctional. In the absence of a law on judicial accountability, the Chief Justice of India should set up formal, internal mechanisms for disciplining to ensure continued public confidence in the judicial system.

The Supreme Court today performs three distinct functions—it hears matters for admission; it adjudicates on questions of law as an appellate forum; and it lays down the law in matters of constitutional importance. Given that the volume of cases in the first two categories is significantly higher than the third, resolution of constitutional disputes, be it Ayodhya, Aadhaar, Sabarimala or Article 370, often languishes for long periods. Further, some disputes, such as adjudicating on the constitutionality of the reorganisation of Andhra Pradesh, are delayed so unconscionably that it appears that the court is faced with a fait accompli when it does choose to hear the matter.

It is necessary for the SC to reorganise itself into three divisions—an admission division, an appellate division for regular matters; and a permanent constitution division. This will ensure no egregious delays keep constitutional matters critical to democracy and the rule of law in India.

The motto of the Indian judicial system as it turns 70 ought to be JALDI—Justice, Access and Lowering Delays in India. This requires a multi-pronged 10-year mission with all stakeholders—successive chief justices, judges, governments (central and state), lawyers, registry staff, researchers and academics—working in concert to ensure quicker access to justice to litigants.

The answer to deal with the huge backlog of cases is not simply to increase the number of judges or fill vacancies, though both would help. Innovative solutions such as creating new courts of appeal, exploring IT systems that can automate workflows as the Chief Justice of India has stated, building better infrastructure that facilitates access to courtrooms are some ways forward to chip away at the existing backlog. But rather than isolated measures, a mission under the leadership of the Chief Justice must be set up for this purpose. This mission will ensure that the Indian judicial system will not only be known for the eloquence of its substantive judgments but also because of its ability to deliver justice quickly, independently and in a manner that keeps the faith of the public intact. Much like Chief Justice Kania had envisaged when the court first opened its doors to the public in 1950.

(Justice Pal was a judge of the Supreme Court; Sengupta is research director at Vidhi Centre for Legal Policy. Views expressed are personal.)