Even after 70 years of India as a Republic, the Supreme Court is yet to launch even the modest pilot project of webcasting constitutionally important cases, write Prashant reddy and Vaidehi Misra 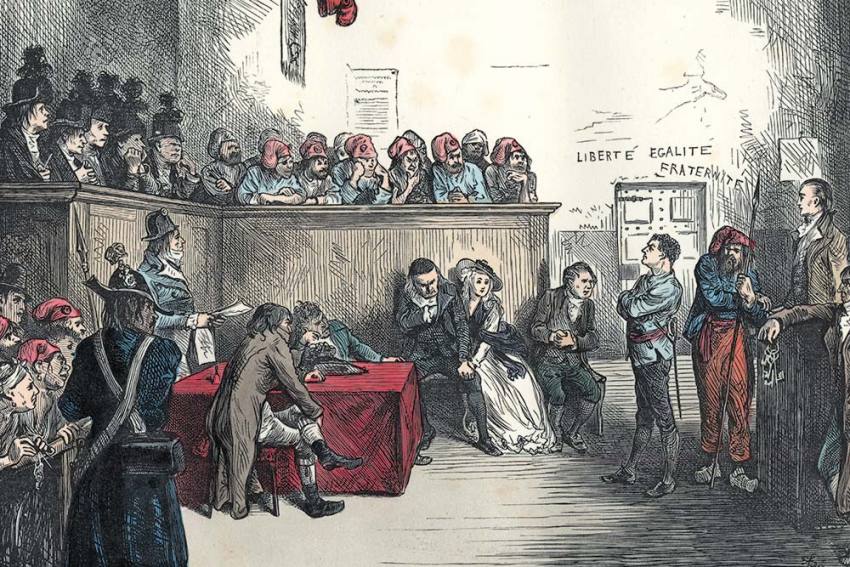 For Citoyens
The revolutionary tibunals set up during the Reign of Terror of the French Revolution were ruthless show trials that fed hundreds to ‘Madame Guillotine’. Here, Charles Darnay is being jud ged before a tribunal in Dickens’s A Tale of Two Cities.
Photograph by Getty Images
Prashant Reddy T., Vaidehi Misra January 22, 2020 00:00 IST 70 Years Of Indian Judiciary | Opinion: Resistance To Transparency Makes Our Courts Mysterious Institutions 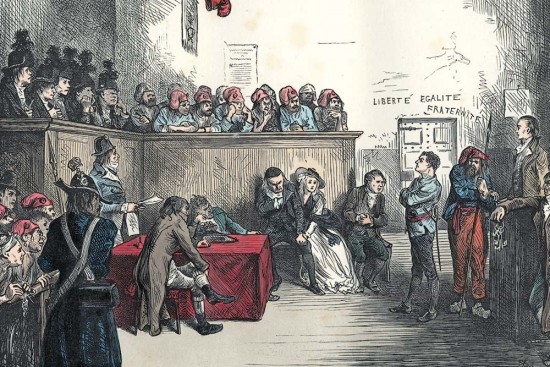 In the early 1980s, the Supreme Court famously grounded the concept of an ‘open government’ within the ambit of fundamental rights, as flowing from the right to free speech in Article 19(1)(a). The logic was that the right to free speech against the government could not really be exercised without knowledge of its workings. With the Right to Information Act in 2005, the walls of opacity crumbled slowly as eager citizens filed millions of RTI applications. Governments may have striven to put the genie back in the bottle a bit, but it is striking that no push for formal transparency was ever initiated within the Indian judiciary itself. The judiciary has two sides to it: the courtroom, where proceedings are conducted; and the massive bureaucratic complex that runs courts. It kept both its windows shut firm.

Courtroom proceedings have traditionally been open: a protocol critical to ensuring public faith. The philosopher Jeremy Bentham wrote some eloquent words on this: “In the darkness of secrecy, sinister interest and evil in every shape have full swing. Only in proportion as publicity has place can any of the checks applicable to judicial injustice operate. Where there is no publicity there is no justice. Publicity is the very soul of justice.” Over the last decade, if anything, this principle has been under even more assault. To list:

When courtrooms across the world are broadcasting or web-streaming proceedings in real time, India’s Supreme Court is yet to launch even the modest pilot project of webcasting constitutionally important cases, announced last year in the Swapnil Tripathy case. The judiciary, thus, remains one of the most mysterious institutions in the country—one reason for the crisis of leg­itimacy being faced by the justice system.

Besides judges, the Indian judiciary consists of thousands of bureaucrats—from process servers to staff responsible for rec­ord-keeping, processing new filings, managing courtro­oms, finance—who perform a crucial supportive role. (Not enough process servers will mean delays in serving summ­ons, with a snowballing effect downstream.) This administrative side—supervised by committees of high court jud­ges—works under a veil of secrecy. This despite being subject to the RTI Act, which enjoins the courts to make disclosures about the organisation, employees, budgets et al. Unfortunately, only 15 out of the 24 high courts make disclosures on their websites. The quality of these disclosures are also sub par, with most not being updated periodically or not covering all district courts.

The resistance to transparency is clearest in how high courts blatantly abuse the rule-making powers delegated to them under the RTI Act—relating to how the provisions of the Act are to be realised. Our research found that high courts were using this power to formulate rules in complete contravention of the RTI Act itself! For example, even though the Act clearly lists the categories of information exempt from disclosure, 13 HCs prescribed additional categories in their rules under which information can be denied. This is illegal: the RTI Act never delegated to the entity being made transparent the power to decide its limits! Similarly, the Act categorically states that only the contact information of applicants is required in an RTI application. But 13 high courts impose a particular format—often including photographs of applicants and declarations of bona-fide int­ent—failing which applications might be rejected. Such illegal rules are evidence that high courts are trying to stymie implementation of the RTI Act.

Our research also found that high courts were formulating extra rules which, though legal, are intended to deter citizens. The Central Government RTI Rules prescribe Rs 10 as the cost of filing an RTI application, but eight courts have upped that fee. Similarly, no high court (besi­des Madhya Pradesh) allows RTI applications to be made via their online portal. Even in 2020, applications have to be made via post. This is in stark contrast with the Centre, which accepts online applications via rtionline.gov.in.

The tendency to shy away from the light extends to public information officers. We found that while some high courts had good practices such as providing responses question-wise, others behave in a malicious manner while rejecting RTI applications. The Hyderabad High Court once cited a Madras HC judgment as the grounds on which it was denying us information…but the Madras HC itself gave us the very same information! The precedent simply did not apply to the information we had sought.

The worldwide ‘open government’ movement has now evolved to include ‘open data’ as a core component of transparency. Simply, ‘open data’ practices encourage the design of digital systems in a way that promotes interoperability and reuse of digital data, while protecting the privacy of citizens.

Over the last two decades, while India’s judiciary has made significant progress in digitising certain aspects of its working, it has not done its best to adopt open data practices that could foster transparency and accountability. In the few instances where it has adopted ‘open data’ practices, the res­ults are spectacular. For example, when high courts started making available their judgments in machine-readable formats on websites, an enterprising IIT grad, Sushant Sinha, wrote a programme to collect all these judgments and consolidate them into a single database called Indiankanoon. Unlike individual high court websites, Indiankanoon has a powerful text search function, making it a great tool for lawyers, journalists and citizens. Finding judgments has never been easier—more informed legal arguments, holding judges accountable for the quality of reasoning, general legal literacy, all these ends are served.

A lot more can be done. The e-courts system—backbone of digitised district courts—has lots of information that can be shared with budding entrepreneurs who can develop products to make this data more accessible and efficiently organised. The judiciary is, however, resisting providing API access to anybody but the government. The latter, for its part, enc­ourages its departments to provide API access to all citizens. There is simply no reason for the judiciary to deny similar acc­ess. If the judiciary wants its lofty pronouncements on transparency to hold water, it must itself lift the purdah.

(The writers worked on judicial reforms at the Vidhi Centre for Legal Policy. Views expressed are personal.)