The judiciary must understand that high court judges lack the time and skill for complex managerial tasks. It's time to recruit skilled managers from government or private sector, say Chitrakshi Jain and Shreya Tripathy 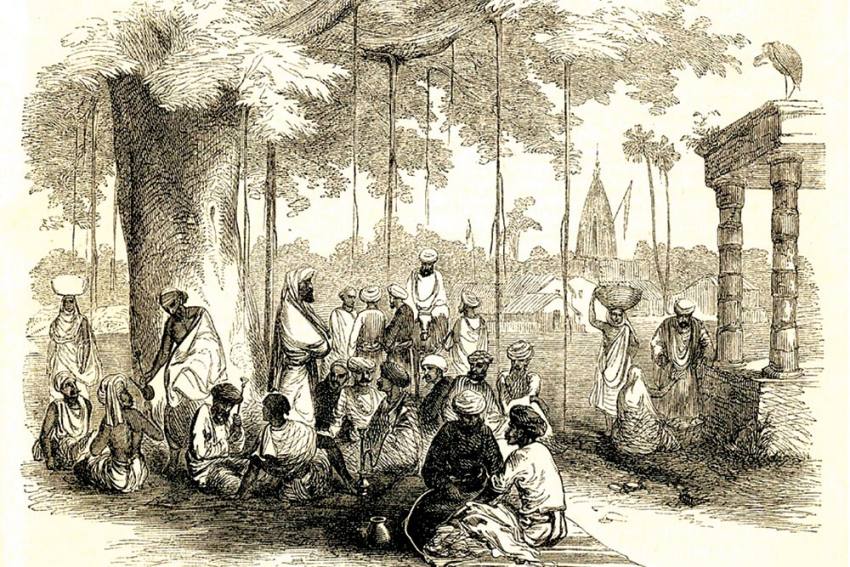 From the Ground Up A 19th century village panchayat, the way justice was delivered in the countryside
Chitrakshi Jain, Shreya Tripathy January 23, 2020 00:00 IST 70 Years Of Indian Judiciary | Opinion: Height Of Administrative Mismanagement Best Highlighted By Plight Of High Court Judges 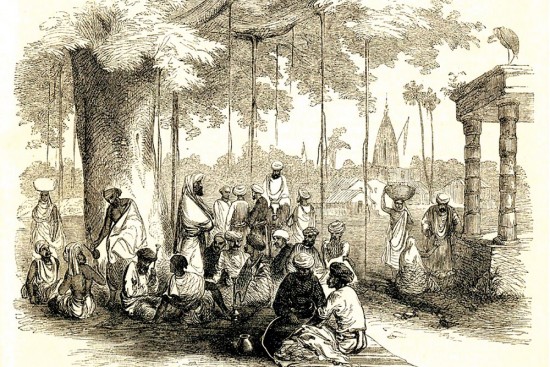 The judiciary is one of the most complicated cogs in the governance machinery. Spread over each and every taluka of the country, it comprises of over 17,891 judges at the district/taluka level, about 676 judges at the high court level and 33 judges in the Supreme Court. We estimate a staff of approximately 32,000 bureaucrats supporting the high courts, with the graph rising at the district/taluka level. It is the judiciary that has to recruit these bureaucrats, manage its own physical and digital infrastructure, and plan for future requirements. The central and state governments have an army of IAS officers et al to help in planning and execution, but the managerial functions of the judiciary are discharged almost exclusively by the high court judges, who have to juggle it with their adjudicatory role. Little surprise then that judicial administration is mismanaged at such an epic scale.

Every now and then, you see the Supreme Court get bellicose on the high courts. In an ongoing litigation initiated suo motu by the former Chief Justice of India, all high court registrars and state chief secretaries were hauled up in open court for their failure to fill judicial vacancies and build more district-level judicial infrastructure. The court directed, for good measure, that timelines prescribed by the amicus curiae be adh­ered to. But these timelines are not made in consultation with those who have to execute the works: the state/district executive departments. The Supreme Court, of course, has the best interests of the judiciary in mind here, but the nature of the problem, including the financing, is such that it cannot be solved through judicial diktats.

Let us take the example of courtrooms to illustrate the complexities involved. Now, the issues of infrastructure and vacancies are intrinsically intertwined: a lack of courtrooms is one of the reasons given by high courts for the high number of vac­ancies in their states. The district judiciary is officially short of some 5,000 courtrooms—this broadly mirrors the approximately 5,000 vacancies! Which is a 22 per cent shortfall from the sanctioned strength of 22,750 judges. 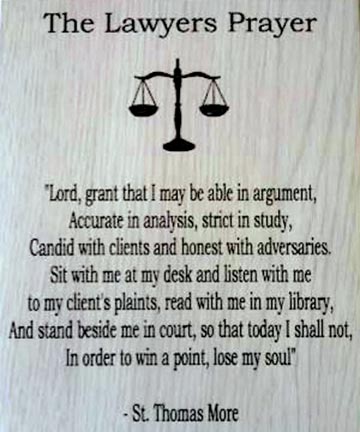 Though a ‘Centrally Sponsored Scheme for Judicial Infra­structure’ was introduced in 1993 to help fill the breach, funding was ramped up only in the past eight years. At least Rs 5,504 crore was released to all states in this period. Since the scheme began, till the end of FY 2019-2020, we estimate the Centre would have spent an estimated total of Rs 7,460 crore. It’s a complex tripartite scheme (Centre, states, judiciary) where state governments have to match the Centre’s contribution in a 60:40 ratio. The only exceptions being the northeastern and Himalayan states, who come in at a 90:10 ratio.

The Union law ministry’s department of justice, as the nodal agency responsible for planning and designing the scheme, exe­rcises significant discretion in approving action plans submitted by states and approving the quantum of funds to be allocated. But while it controls the purse strings, it fails to infuse the operation of the scheme with requisite accountability. The situation is so dire that ministry officials do not have records of the number of courtrooms built under the scheme. The only record the ministry made public—in response to our RTI application—is the state-wise list of available courtrooms. The publicly available list, also provided to us by the judiciary, inc­ludes courtrooms built before the scheme was launched! Outcome indicators are necessary to measure the success of government programmes, and it is alarming that the ministry in charge of a scheme has no details pertaining to it.

Another serious issue we identified was the lack of transparency in state-wise allocation of money. It is of enormous imp­ortance that a fair and equitable formula be evolved here. On examining the sanction letters issued to various states under this scheme, we discovered an erratic pattern. Since 2014, most large states have been getting Rs 50 crore each year, without any explanation on the methodology for arriving at that figure. But Odisha and Andhra Pradesh did not receive any funds between 2014-15 and 2017-18. West Bengal, Chhattisgarh and Kerala received very little funds in the same period. The reasons for this are varied—including some sloppiness on the part of states (not submitting the paperwork on time, not planning well enough etc). But largely, while state governments spend time and effort to prepare annual action plans outlining their fund requirement, it appears these documents are not duly considered before deciding upon the quantum of allocation.

Utilisation certificates should be a good tool to ensure acc­ountability, showing funds actually went into realising the sanctioned objective. But we found states often file utilisation certificates when they merely transfer the money to the public works department et al, hardly a marker of effective utilisation. Often, the funds remain parked in the accounts of these implementing agencies!

We found that most state governments have misunderstood the 60:40 formula. Several were under the impression the Centre would contribute 60 per cent towards the action plan proposed by the state. So, if the states project a requirement of Rs 300 crore under the scheme, they expect the Centre to have contributed Rs 180 crore. And they continue to budget for jud­icial infrastructure, anticipating a reimbursement. We found correspondence between the Centre and states like Karnataka and Punjab where the latter suggested the Union government owes them a balance of Rs 667.80 crore and Rs. 684.02 crore respectively. This is roughly equivalent to one year’s budget for the entire scheme on judicial infrastructure.

Courtroom No. 1 of the Supreme Court is certainly not the appropriate forum to resolve such diverse and complex iss­ues pertaining to judicial administration across the country. Only inter-governmental dialogue, involving other stakeholders, can work—the Supreme Court has neither the cap­acity nor the expertise to deal with it. Its interference can actually impede the progress made by other fora. Say, by the advisory council for the National Mission for Justice Delivery and Legal Reforms and the chief ministers’ and chief justices’ joint conferences, which have as its members senior officials from the government and the judiciary. Last, but not the least, the judiciary must understand that high court judges lack the time and skill for such complex managerial tasks. It may be time for the judiciary to consider rec­ruiting skilled managers from the government or private sector to streamline its own functioning.

(The authors are Research Fellows at Vidhi Centre for Legal Policy. Views expressed are personal.)