Two years after J&K lost autonomy and state­hood, there’s no noise louder than the quiet on Kashmir’s streets 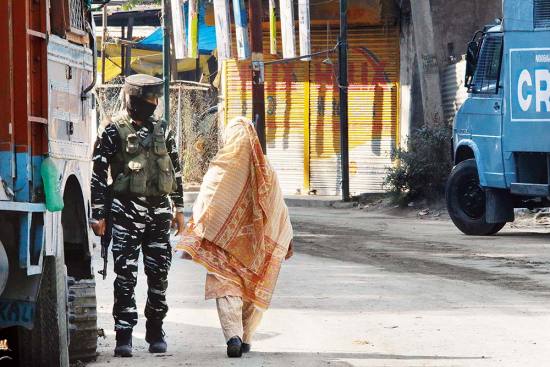 A few days ahead of the second anniversary of the August 5, 2019, abrogation of Article 370, Kashmiri poet and actor Bashir Ahmad Dada talks of “living in fear”. “It’s not just the government that is responsible for the Kashmiri’s fear-ridden existence. We, the people, are also spreading fear,” he says, recalling how his friends asked him to delete a Facebook post critical of the government. “They thought the police would arrest me otherwise. This is what has changed in the past two years. Poets have given up poetry, columns by independent writers have disappeared from local newspapers and everyone is afraid of talking,” Dada explains.

In Dada’s native town Anantnag, Abdul Qayoom Dar rues that nobody speaks about the police killing his son Imran in an alleged “staged encounter” in Kulgam district on July 24. “We called many journalists, but no one is reporting our side of the story,” he says. “I had talked with my son just a day ­before the police showed me his ­photograph and said he was a militant killed in an encounter. They didn’t let us see his body and buried him quietly in north Kashmir.” Dar has written to the Anantnag district magistrate, ­asking for a probe.