Naved Khan is a well-known radio jockey on Radio Mirchi. His show Mirchi Murga has made him a celebrity with 5,000 requests every day to air pranks 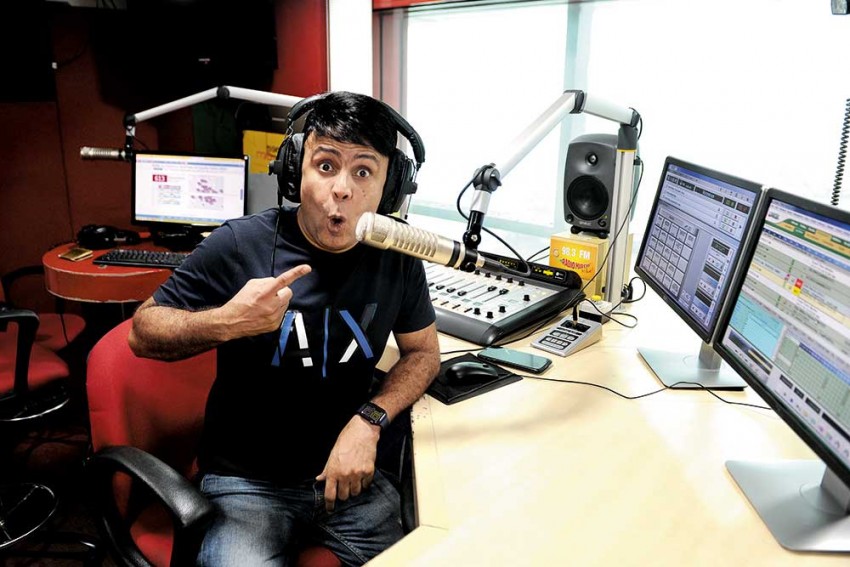 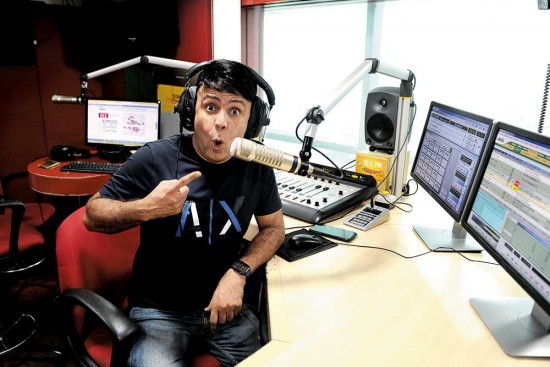 The ‘on air’ sign in the radio studio lights up red at 7 am sharp. On cue RJ Naved puts on his headphones and starts speaking: “Aap sun rahein hai Radio Mirchi RJ Naved ke saath… (You are listening to Radio Mirchi with RJ Naved).” There is neither script nor teleprompter. As he prefers to do his show impromptu, he can’t fall back on retakes either.

In the large sound-proof studio, Naved Khan, 44, sits behind a console studded with multi-coloured knobs, operating them with an instinctive ease that comes naturally to someone who has spent over a decade in the profession. Being a host of a dial-in show, he gets a slew of calls every day. Some talk to him reverently while others chat with the informality of a close friend. During the show, he manages to squeeze in a few tea breaks. But the ‘machine chai’ readily available outside his studio holds no charm for him. He prefers the thoroughly boiled cutting chai of a makeshift tea stall across the road from his fourth-floor office.

His workplace, though, seems more like his backyard, where he gets paid just to be himself—whacky, funny and spontaneous—over the span of his five-hour show. “I feel extremely lucky. God has blessed me,” he says. “I am a business studies graduate and this job wasn’t really part of my plans.”

“Mirchi murga began as a once-a-year affair. i never thought the show would become so big.”

His casual shirt, ragged jeans and affable yet mischievous smile, however, do not betray the celebrity that he has ­become. Despite being a presenter on a platform that connects with audiences only aurally, the perils of being ­famous—persistent fans and ­demands for selfies—are all in a day’s work for him. With over 2.5 million followers on Facebook, he is arguably the most recognised radio jockey in India.

His radio commitments aside, Naved has his schedule packed with video shoots, stand-up gigs and appearances at events. All this, he says, is because of the immense popularity of his trademark prank skit Mirchi Murga—he gets over 5,000 requests every day to play pranks. “Anybody can be a radio jockey, but this has made me a household name,” he says. While earlier, people only heard him on FM, after the launch of a YouTube version, Murga has become a candid camera gag show, with Naved acting out the central roles. “Murga began as once-a-year affair. I never ima­g­ined it would snowball into something so big,” he says. He now plans to take his prank videos a couple of notches higher and let the radio show take the back seat.

At home, Naved is busy on a call with his producer, polishing out the details of a shoot lined up later in the day. His daughter, Zoya, 8, rubs her eyes sleepily and snuggles next to him. His wife and two children are immune to his celebrity status. After the call, he fetches his Marshall speakers and laptop, and plays recent Bollywood hits on full blast. With just a little nudge from her father, the young girl, springs into action and turns the living room into her stage, jiggling and twirling to the beat.

After the performance, he gives Zoya a bear hug and coos to her, “You light up my life.” His phone rings again—it’s his manager. Work never ceases for Naved, but he’s not complaining. “I am enjoying it all, bada maza aa raha hai mujhe,” he says gleefully.