Mohammed Sayeed is a tram driver in the City of Joy. Trams, once the city's pride, are losing their significance as they are being steadily phased out 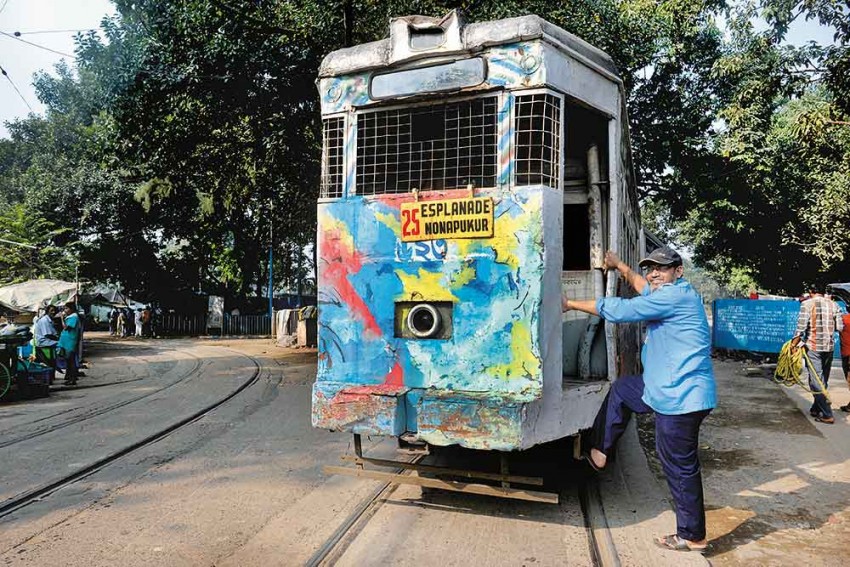 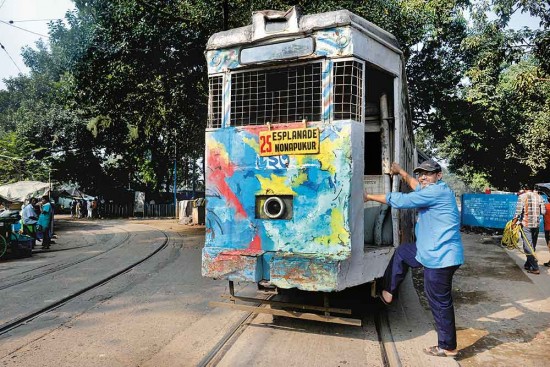 Imagine a winter’s afternoon; a window seat in a tram trundling along the grassy banks of the Mai­dan, the hazy expanse of the race course on the left, flecks of the Victoria Memo­rial’s white marble flit through trees on the right; a sunlit Red Road lies ahead…the gentle lurches at the stops, the sha­rply sonorous bells…immortal Calcutta.

The British-owned Calcutta Tramways Corporation (CTC) was taken over by the United Front government as an ‘anti-­imperialist’ gesture in 1967; it was nationalised later. Trams as an inherent part of the city’s public transport steadily declined since—it’s on its last gasps now. With limited road space, trams are viewed as a hindrance to the growing traffic. Once valued for its pollution-free, pleasant rides, trams are seen as slow-­moving, easy-going, lumbering reptiles.

Keeping with this, the government started stripping its assets (mostly huge tracts of land for depots). There are 15 careworn trams in the Park Circus and Gariahat depots (there were 112 in 1985). Other, cavernous depots languish likewise. For generations, trams used to ply through the nights on festival days; now, they are taken off the roads.

In its heyday, tram workers were mostly brought from UP and Bihar, trained for six months and appointed as drivers and maintenance workers. Some of the conductors were local lads. Moha­m­­med Sayeed is one of the few rem­ain­ing tram drivers still operating on the rem­­aining routes. Like his colleagues, he is to retire soon and have been assured of timely settlement of retirement benefits. But their weather-­beaten visages presage a grim fut­ure for their beloved trams. In Sayeed’s youth, trams were one of the symbols of Calcutta’s unique splendour. CTC, now under WBTC, stopped recruitment for years and run buses to make up for losses. Battered and discoloured, the trams are a neglected lot.