Esther Shanthi leads the extra-ordinary life of managing a crematorium in Chennai. Working 12 hours a day for a salary of Rs 12,000 a month, she has been an enigma of sorts 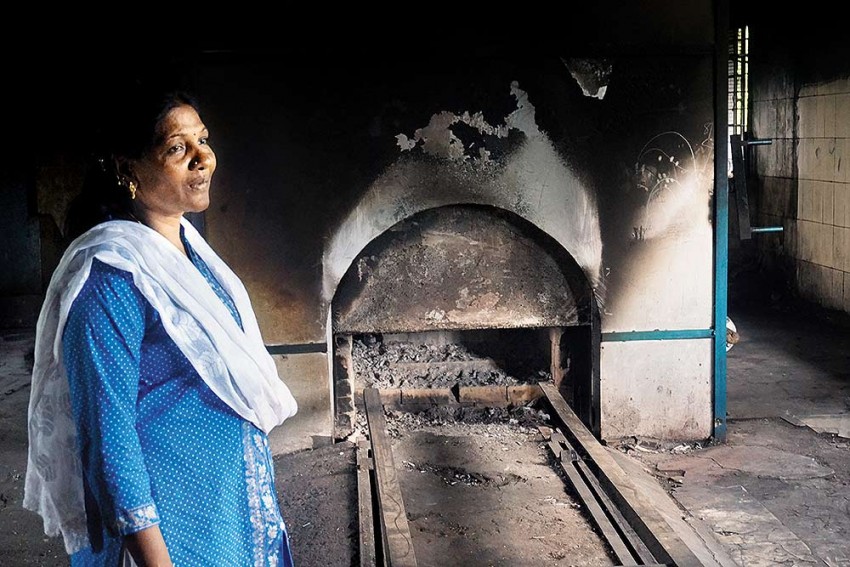 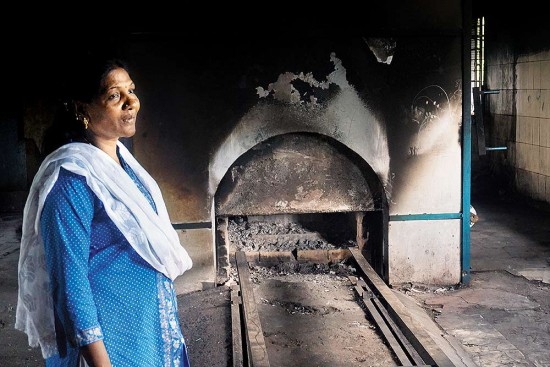 Drums announce the arrival of the first corpse at the cremation and burial ground in Otteri, Chennai. As the procession moves ­towards the cremation hall in the 14-acre complex, a lady on a two-wheeler arrives at the large smoke-stained hall that houses the ­cremation chamber. She checks if the furnace has ­attained its optimum temperature The son of the ­deceased lights a camphor on his father’s chest before the body is thrust into the fire.

Thus begins another working day for Esther Shanthi, the supervisor of Chennai’s second-largest burial and cremation ground in a locality notorious for high crime rates. For the past five years, the 40-year-old mother of three has been skilfully managing the facility.

“This place used to be a den of gambling, ganja and booze. But after Shanthi akka took charge, she brought things under control. She not only confronted the men who misused the grounds, but also involved the women of the neighbourhood in stopping illegal activities,” says Satish, one of the five attendants who assist her.

Her day begins at 5 am. She cooks breakfast and lunch for the family before the 40-minute ride to her workplace. On an average, at least ten bodies are brought for cremation or burial.

Otteri used to be a den of ganja, booze and gambling. But after esther came, things improved.

Esther has been an employee of the NGO Indian Community Welfare Organisation for 17 years. In 2007, the organisation got a contract from the municipality to run a crematorium in New Avadi and she volunteered to manage it. “I was the first woman ever to take up this job. The first few months were tough. The long working hours, the boorish behaviour of the drunken relatives who brought the body and the grief of mothers who had lost their children ­depressed me,” she recalls.

But she soldiered on and even trained a woman apprentice. Though her husband Saravanan, a cab driver, had reservations initially, he later became her staunch supporter despite opposition from his family. “He again stood by me when I chose to become a Christian eight years ago. It was my personal conviction; my family members are still staunch Hindus. We respect each other’s choices,” she says.

With a salary of Rs 12,000 a month and a 12-hour shift, there is very little time for a family outing or movie. “Sundays are reserved for church. We go out for a meal once a month. With three college-going boys, ­expenses can be tight, but we manage,” she says.

It is 7.30 pm as she winds up—the register shows six burials and three cremations for the day. Back home, her family waits for her to prepare dinner. The drum beats will return tomorrow. And so will Esther.