Foresters Anil and Pamela Malhotra have found peace among the coffee plantations of Coorg. Embracing nature has been their passion 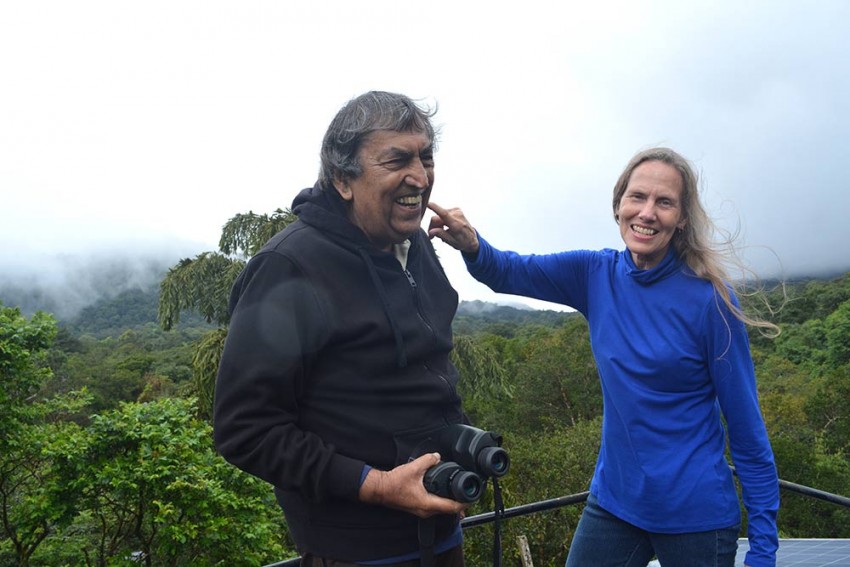 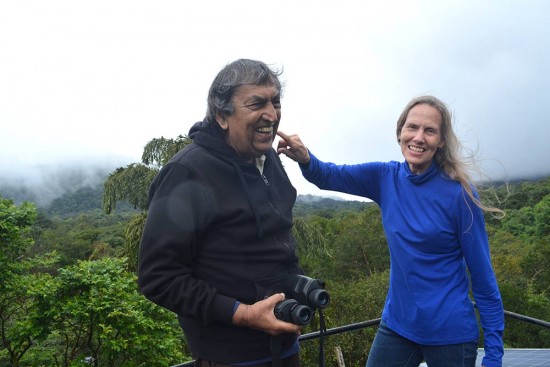 Around four in the evening, after a late lunch, Pamela Gale Malhotra is standing at a bay window of her living room looking out at a picture-perfect landscape—a gushing stream in a rain-soaked forest with the abutting Brahmagiri hills framing the backdrop. It was about 25 years ago that she first stumbled onto this view. At the time, she was out scouting for a site for their home and had been hurrying up a hill trying to escape the rain and leeches when it struck her speechless.

The place is now more wooded than it was in 1995 when Pamela, 67, and husband Anil Malhotra, 78, built their home in south Coorg—in a coffee estate that had been listed. How they got here is quite a story, told amidst a primordial symphony—the burble of the stream and the call of the crickets.

Their first port of call in India was in the Himalayas in Uttarkashi along the Assi Ganga, where they stayed for nearly a decade before deciding to move south. After scouting through a few states, they finally found what they were looking for at the Brahmagiri foothills in Theralu—a remote plantation where they could raise a forest, as bizarre as it sounded to the folks around back then.

It might still sound like a nutty proposition, until you drive past the gates of the Save Animals Initiative (SAI) Sanctuary. Suddenly, you are in a thicket with a narrow driveway that meanders some distance to a garage and beyond that the dark peach walls of the Malhotra home. Around you is a 300-acre native rainforest through which the elephant and tiger freely saunter.

“When you are away from Nature you aren’t thinking clearly...This is our passion.”

Every morning, in more hospitable weather, Pamela and Anil set forth into this grove—their walks take an hour-and-a-half usually unless she’s checking on the dozen or so camera traps dotting the landscape, replacing batteries, swapping memory cards or switching locations. Over the years, Pamela has collected a mountain of data—otter, porcupine, leopard, sambhar, all kinds of species on video. Since it’s a wilderness—whatever remained of the coffee plants became humus for the trees—the couple merely follow the paths the elephants have cleared.

“We’ve set up this private model,” Anil tells Outlook. “We want other Indians who can afford it, we need even those who can’t, to join together to build this.”

The hills get covered up and the rain comes down. It’s been bucketing down all through the south-west monsoon this year, casting a gloomy outlook for coffee growers in Coorg. “When we came here, it was normal to have 350 inches of rain a year. Even if it was buckets of it, we had this,” says Pamela, pointing to the woods. “This is what the forest canopy is for. It's like using an umbrella with pores in it, it’s going to break it up and slow it down.” But over the decades, Coorg’s forest cover has been dwindling. “The coffee plant is useless when it comes to retaining moisture...they have extremely small, shallow roots. We’ve warned people again and again, “don't cut down your big native trees.””

The Malhotras put together their 300-acre sanctuary piece by piece, starting 1991, first by purchasing a 55-acre coffee estate. “Patches were cleared for coffee. So what we did was to fill up the patches with native trees,” says Anil. They planted jackfruit, Nandi, Rosewood, Matti and hundreds of fruit trees. “And, of course, the native trees come out way on top in absorbing carbon,” adds Pamela, pointing to sequestration studies which show that SAI Sanctuary acts as a carbon sink, helping the neighbourhood as well as providing a haven for the wildlife moving between the Brahmagiri reserve forests and Nagarahole national park, an hour away by road.

Down by the stream, a snake slithers away as we approach the water. Most days, the couple crosses over onto two rocks on a small island to meditate. “We were sitting on these rocks once and a matriarch elephant came up,” says Anil. It didn’t sound pleased, he recalls. “We kept sitting and mentally saying we have come in peace. They may not speak English but they know vibrations. She started eating the bamboo and then 8-10 members of the family came. They surrounded us for 45 minutes. It was such a beautiful experience.” Frequently, local people and the forest department bring them injured animals—dogs, cats, parakeets—which find a ready home.

Anil says it is possible for others to do what they did—buy land and restore forests—even if it’s difficult. “It can be done. People tell us “we haven't made the money you made in America”. We bought at the right time. I can’t afford it today.”

Pamela and Anil met in the US in the early 1970s at her hometown, Red Bank, New Jersey, where he ran an Indian restaurant. She worked at an all-night cafe at Asbury Park, where a young Bruce Springsteen (then playing in a band called Steel Mill) would drop in to play sometimes during breaks from the music club upstairs.

“But Anil and I were on complete opposite sides of the political spectrum then,” she laughs. “I've always described it as fire and petrol...explosive encounters.” Mostly over the Nixon presidency and the anti-war movement. Soon after, she went back to college to study political science—the breaking-out of her conservative mindset of ‘materialistic Americana’ happened then. He sold up and followed her to Colorado, where they stayed for a few years, she working as a sales rep in a pharma company and he with a mortgage firm. The commissions he got were reinvested in real estate in Colorado and then in a forested patch in Hawaii, which they fell in love with on their honeymoon. The couple moved to India in 1986 to visit Anil’s ailing father and eventually settled in Uttarkashi where they wanted to recreate their wooded Hawaii home. The land ceiling regulations prompted the decision to look at plantation land in the south.

“I could have continued the real estate and all that in America, but what is the point of life then. I can’t take it after me,” says Anil. “I'd rather drink pure water and breathe fresh air than breathe carbon dioxide and be ill half the time and give all my money to doctors and hospitals.” Adds Pamela: “Being in Nature helps us physically. Kids today are being hot-wired by not having time out in Nature to play.”

Pamela, who received the Nari Shakti awards for her efforts in afforestation in 2016, has given numerous presentations across the country—including a recent one at the Apple facility in Cupertino while on her first visit to the US in 20 years—to raise awareness. She’s currently working on an autobiography titled From the Heart of Nature, slated for publication next year. “When you are away from Nature you aren't thinking clearly,” says Anil. “Grow fruit trees, grow organic food...the demand far outstrips supply. We have planted thousands of native fruit trees now. Last year, we distributed thousands of saplings at schools and colleges telling them this is the future.”

The Malhotras, like successful permaculturalists, are mostly self-sufficient for most of the year. They rely on roof-top solar panels, installed in 1997—a year after the house was built. The patch next to the house is an organic food garden where most of their vegetables and salads come from. Pamela prefers cooking on biogas.

“Everything comes out of our pockets, except approximately two per cent in the form of donations if we are lucky,” says Pamela. Eco-tourism—they have four rooms for guests—helps meet expenses. “This is our passion, our life. So we have to keep things going. But there are things we’d love to do, like Payment for Ecosystem Services. We'd like to sponsor more organic farming,” says Pamela. “I cannot tell you how frustrating it has been trying to raise money for any of these programmes.”

The rain lets up for a bit, but the clouds hang low. Pamela and Anil climb up a wet, metal ladder to the rooftop for a sweeping view of their sanctuary. Pamela recalls a dream she once woke up with, years earlier. “I had seen a house on a small hill, overlooking a pond with the river flowing past in the middle of a wooded valley with white-capped mountains all the way around and a lot of wildlife. This was that view...those mountains are white-capped from the mist.” This was before they bought this place in Coorg. “I thought we'd find that in the Himalayas. But it wasn't in the Himalayas, it was here. So, you never know.”

By Ajay Sukumaran in Coorg