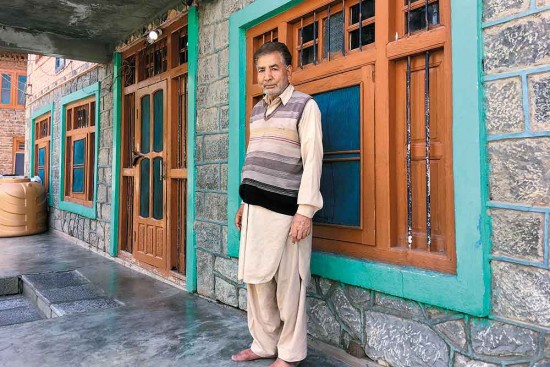 “My heart has turned into stone. I no longer cry,” says Ghulam Qadir Dar as he enters his two-storey house in Saderkoot Bala, a village in north Kashmir. Here, 23 years ago, he had seen the bullet-riddled bodies of his family members. They were allegedly shot dead by around 20 gunmen of the infamous Ikhwan, a Kashmiri counter-insurgency group established by former militants. On May 7, the police ­arrested one of the accused.

The assassins were mostly from Ikhwan-ul-Muslimoon, a faction which broke away from the separatist group Ikhwan-ul-Muslimeen, and surrendered.  The former sided with the security forces to fight against Pakistan-backed Hizbul-Mujahideen militants in 1994. They were notorious for loot, plunder and murders of Jamaat-e-Islami J&K workers, which was seen as the political force behind Hizb in the early 1990s.

“Bullets pierced my wife Hajira and my son Abdul Salam’s heart. My daughter, Jawharia, was shot in the chest and nephew, Abdul Rashid Dar, had bullets lodged in his abdomen. I stepped out and saw more relatives wounded and lying on the ground,” Dar says as he walks out of the house and points to the spot where he found his dear ones soaked in blood. The gunmen also shot Dar’s neighbour, Saif-ud-Din. They then rushed to the house of Ghulam Rasool Dar, who lived nearby, and killed him too. Both were stone masons.

“Ikhwanis had come to kill me, but when my wife told them I was not at home, they became angry and murdered my family,” says Dar. “This happened because we voted the National Conference. When NC’s Akbar Lone stood against Ikhwan commander Mohammad Yousuf Parray alias Kuka Parray in the 1996 assembly elections, we supported Lone in spite of the threat from Ikhwan. Parray won. The day of the ­results, those who voted for...