Home  »  Magazine  »  National  » Scorecard/Naveen@20 »  20 Years And Counting, Naveen Patnaik's Unbeaten Run Is What Dreams Are Made Of

20 Years And Counting, Naveen Patnaik's Unbeaten Run Is What Dreams Are Made Of

From a socialite to the hotseat as Odisha chief minister, Naveen Patnaik's economic reforms and disaster management won hearts of the common man who casts his vote 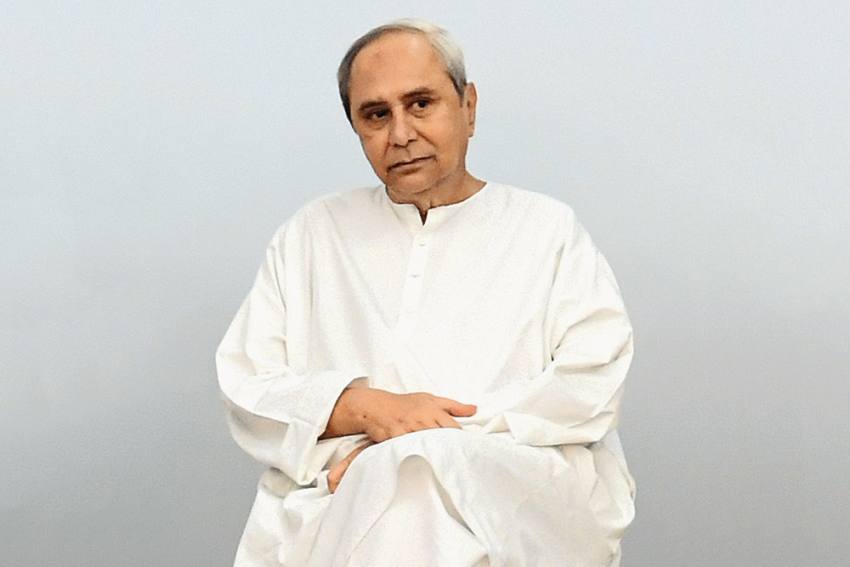 Photo by Sanjib Mukherjee
Sandeep Sahu March 04, 2020 00:00 IST 20 Years And Counting, Naveen Patnaik's Unbeaten Run Is What Dreams Are Made Of 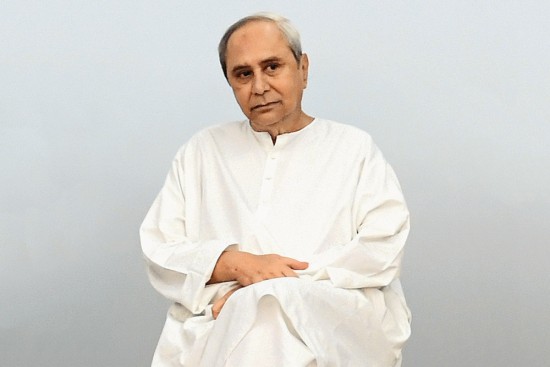 Naveen Patnaik completed 20 years as chief minister of Odisha this March 5. His uninterrupted run in power, winning five successive terms in office, is especially noteworthy because it has come almost entirely on the strength of his charisma and connect with the people. Whether in Lok Sabha elections or assembly polls, the people of Odisha have always voted for Naveen and the ‘conch’ symbol of the BJD he represents, not the candidates per se. The unbroken 20-year run in office is a notable achievement in a state once known for political instabi­lity—the first government to last its full term was formed in 1980, headed by the late Janaki Ballav Patnaik of the Congress. JB won a second successive term in 1985 and another term in 1995. But five consecutive terms in power is unprecedented in Odisha and rare in other states.

To appreciate the scale of Naveen’s achievements, one has to know the circumstances that catapulted this former socialite into the hot seat. Odisha was yet to recover from the massive devastation wrought by the Super Cyclone on October 29, 1999, which had ruined the entire coast, when Naveen was sworn in as CM for the first time on March 5, 2000, which happened to be his late ­father’s birthday. The economy was in the doldrums and the state government couldn’t even pay salaries to its staff. Naveen set about bringing the economy back on rails with a series of tough measures, including a complete freeze on all fresh appointments in the government. 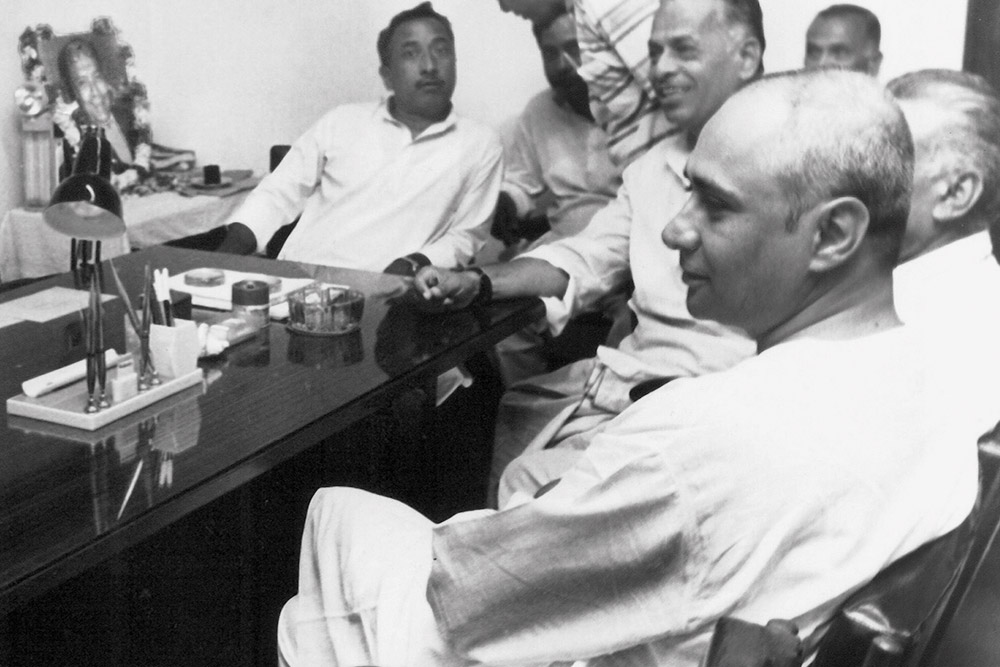 Quick to realise that Odisha was highly prone to natural disasters, Naveen initiated a programme to build resilience to limit damage caused by future disasters. It became a role model for other disaster-prone states. His was the first government to form a specialised agency for disaster preparedness and mitigation—the Odisha State Disaster Mitigation (now Management) Authority, which became a prototype for similar agencies elsewhere—besides the Odisha Disaster Rapid Action Force (ODRAF), whose personnel are trained for rescue and ­restoration during and after disasters. ODRAF has also helped other states ­battle the aftermath of natural disasters, most recently during the Kerala floods in 2018. Together, the measures put in place over the years have helped Odisha minimise human casualties during ­calamities. For example, in Cyclone Phailin on October 12, 2012, the biggest after the Super Cyclone of 1999, the human toll was reduced to just 23, with nearly nine million people living along Odisha’s coast moved to safer places ahead of Phailin’s landfall. The trend continued during Hudhud that followed exa­ctly a later and Cyclone Fani last May.

Naveen’s record on poverty alleviation, though, is nothing to write home about. Odisha continues to be among the poorest states. “The state government claims it reduced poverty by 20 per cent between 2007 and 2011. If that is true, how has the number of people availing subsidised rice at Re 1 per kg reached 3.46 crore? The claim is nothing but a hoax,” says the editor of a leading Odia news portal. Adds Golak Mohapatra, senior BJP leader and party spokesperson, “When the Centre launched the National Food Security Act scheme, the number of ­beneficiaries was pegged at 3.26 crore based on the 2011 Census. But the state government launched its own food ­security scheme adding 25 lakh more to the list. If it has actually reduced poverty, how has the number of beneficiaries kept increasing?” 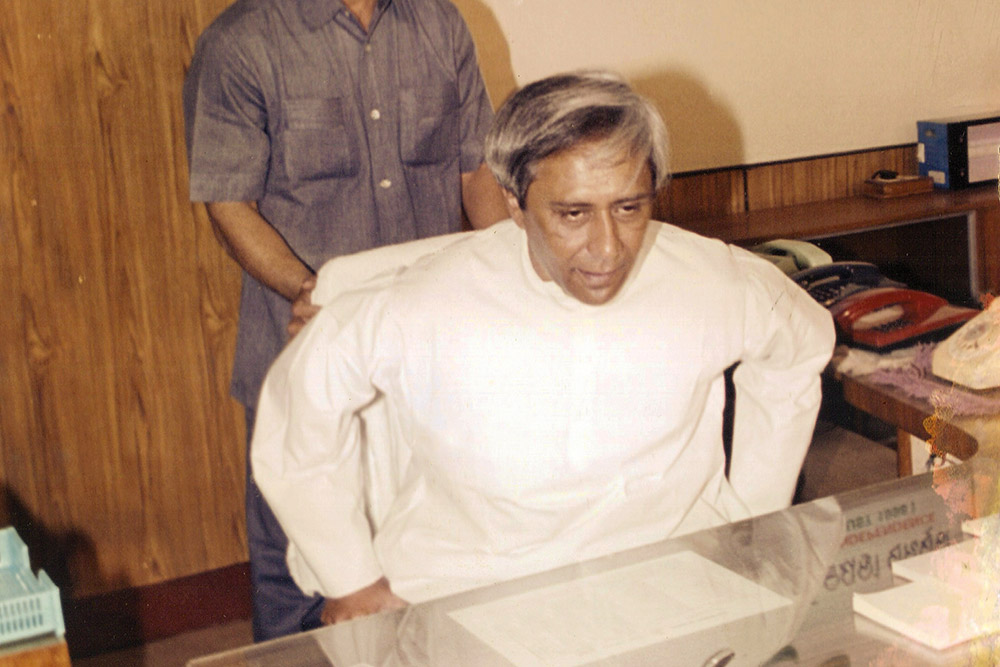 From the Mamata Yojana at childbirth to the Harischandra Yojana at death, there is a scheme for every stage of life. Party cadres have also sold many central schemes as a ‘gift’ from the Odisha ­government and earned the loyalty of people. For example, there seem to be no takers for repeated claims by BJP ­leaders that the state government’s ­contribution to the Re 1 a kg rice scheme is just Rs 2 a kg, while the Centre bears as much as Rs 29. Officials and party cadres have also created the impression that these schemes would be withdrawn by the new government if they vote for any other party.

A recent National Statistical Office survey found the unemployment rate in the age group of 15-29 years in Odisha was the highest in the country in the last quarter of the 2018-2019 fiscal. Nearly 40 lakh people, called ‘dadan’ in local parlance, go to other states in search of work every year and the numbers keep increasing over the years. Two crucial sectors—education and health—have gone from bad to worse over the past 20 years, especially in the hinterland. Healthcare in rural and remote areas is in a shambles with reports of patients being carried to hospitals on bicycles, cots and shoulders having become a daily affair even as high-tech corporate hospitals set up shop in Bhubaneswar and new medical colleges are announced for all regions. The state of primary ­education is worse with appalling infrastructure and ­missing teachers. The maj­ority of schools lack basic infrastructure like pucca building, toilets and drinking water. No wonder the dropout rate is among the highest in the country. 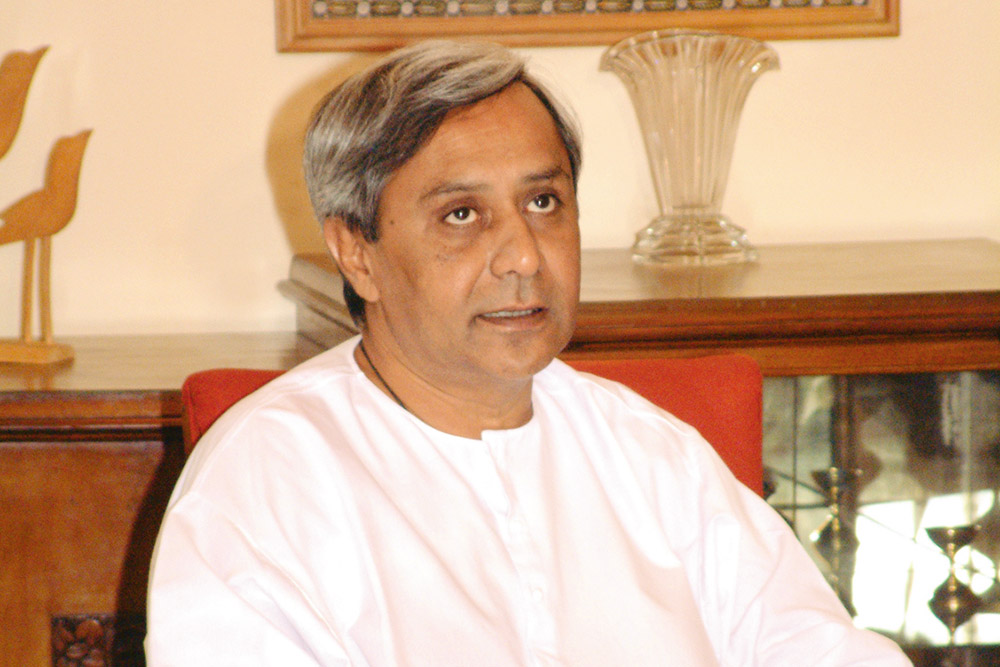 CM Naveen Patnaik in his office sometime in 2003.

Naveen’s record on the industrialisation front is a mixed bag. Major players like Posco and Arcellor-Mittal have had to abandon their plans of setting up large steel plants due to people’s resistance, delay in regulatory clearances and ­uncertainty over availability of raw ­material due to the introduction of the auction system. The 6 MTPA Jindal steel plant at Angul and the Tata Steel plant at Kalinga Nagar have been a measure of success, while the land acquired for the Posco plant near the Paradip Port has been handed over to Jindal Steel Limited. With protests building up against this plant as well, it may not come up any time soon. The aluminium plant proposed by Vedanta, the other mega project in the state, is also ­languishing with no certainty on availability of bauxite after a 2013 referendum mandated by the Supreme Court in Niyamgiri, which has a massive deposit of the precious metal, saw all 12 Gram Sabhas unanimously reject mining. 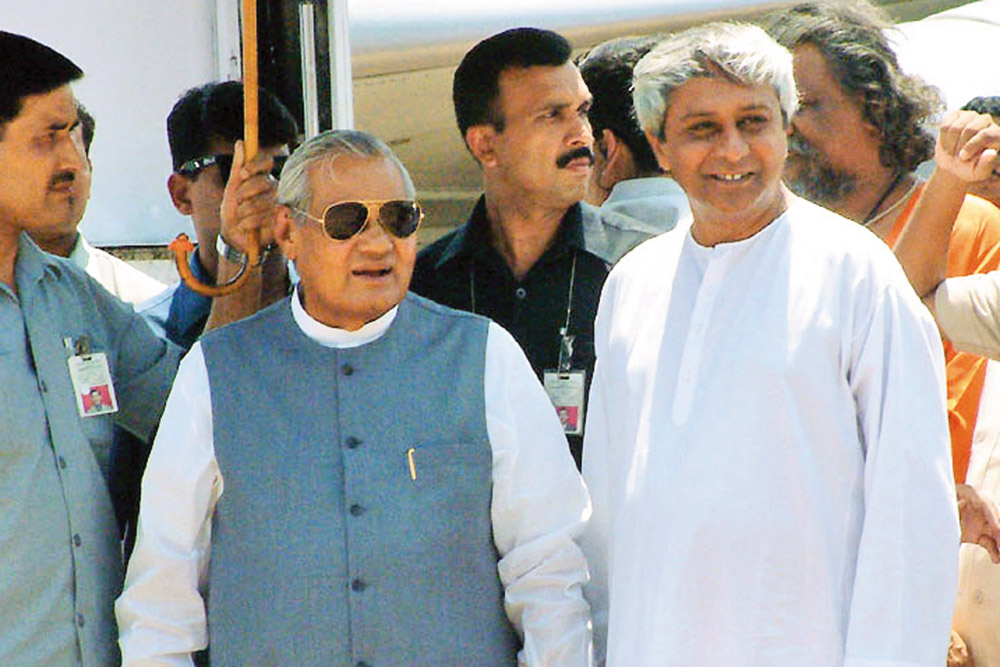 Naveen with then PM Atal Behari Vajpayee in 2004.

A series of Make in Odisha events ­inside and outside the country to bring in investment has elicited plenty of int­ent, amounting to over Rs 4 lakh crore, but little in real terms as most of these projects have failed to take off. The ­government, however, is projecting the state as India’s new sports hub, with the building of sports infrastructure, mainly for hockey. Odisha has hosted several ­international events, including the Hockey World Cup and the Asian athletics championship in recent years. And, after initial resistance, the state government’s ambitious plans to give a new look to its iconic temples, a big draw for tourists, and improve their surroundings has also earned much endorsement.

In sum, Naveen has ensured stability without changing the status quo in any meaningful way. But who cares for cha­nge so long as the votes are coming?