India fears the BNP’s return to power would push Bangladesh once again into China’s welcoming arms. Such a scenario would push back Delhi-Dhaka ties by years. 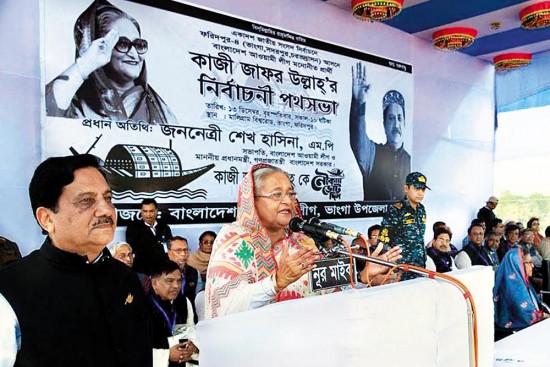 This Sunday, December 30, when Bangladesh votes in the general elections, there will be many in India closely following the democratic process in South Asia’s youngest country. Elections in Bangladesh, a country India helped attain freedom from Pakistan, have always had a bearing on Dhaka’s ties with New Delhi. More so this time around.  Bangladesh’s political narrative has always revolved around the two big parties—the ruling Awami League of Prime Minister Sheikh Hasina and the Bangladesh National Party (BNP) of jailed leader Khaleda Zia. The two bitter ­rivals have alternately ruled the cou­ntry for decades, with New Delhi seeing Hasina as a friend compared to the more orthodox Zia.

Zia was handed an additional seven-year sentence for graft on October 29, and on December 3 the country’s election watchdog barred her from contesting the polls. Her son and political heir, Tarique Rahman, is also living in exile in London after being sentenced for life. The BNP appears leaderless but not incapable of springing a surprise. The newly-floated opposition alliance—the Jatiya Oikya Manch or national united front—jumping into the fray has added another dimension to the polls. Led by Kamal Hossain, the country’s first finance minister, this front includes the BNP.