Home  »  Magazine  »  International  » Cover Stories  » Interviews  » Interview »  “India Does Not Need Anyone To Give It An Afghan Role. It Has One By Virtue Of Its History.”

“India Does Not Need Anyone To Give It An Afghan Role. It Has One By Virtue Of Its History.”

As fast-paced developments in the region recently have again brought back focus on Kashmir and India-Pakistan relations, Ambassador Satinder 'Sati' Lambah talks on what is still possible. 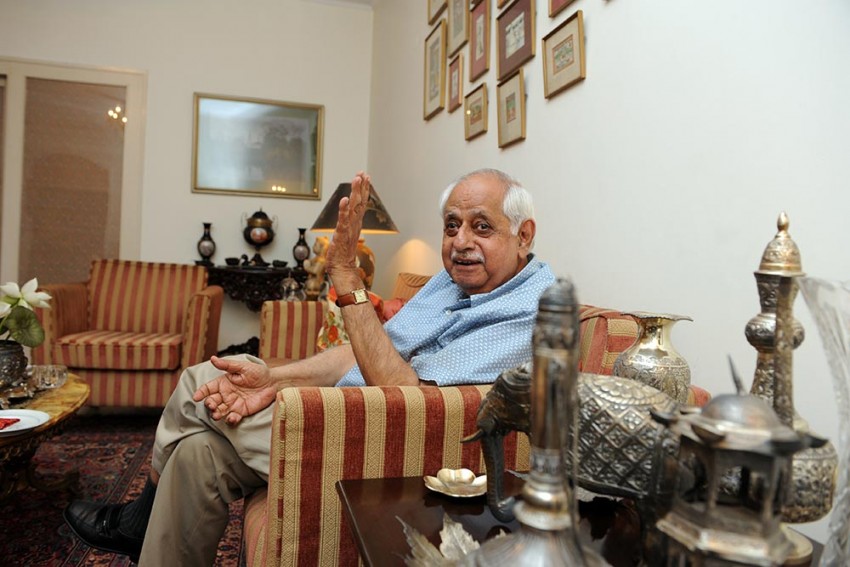 Photograph by Jitender Gupta
Pranay Sharma September 14, 2017 00:00 IST “India Does Not Need Anyone To Give It An Afghan Role. It Has One By Virtue Of Its History.” 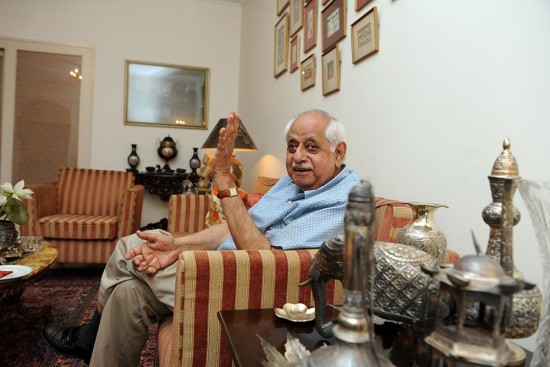 Ambassador Satinder ‘Sati’ Lambah was the key negotiator in the famous ‘back channel’ diplomacy with Pakistan that brought them to the doorstep of a famous breakthrough on Kashmir. Fast-paced developments in the region in the past weeks have yet again brought back focus on Kashmir and India-Pakistan relations. He spoke to Pranay Sharma on what is still possible. Exceprts from the interview.

US President Donald Trump recently came out with his new Afghan policy. How different is it?

Basically, his Afghan policy has three or four points. It is the first public rebuke of Pakistan by a US President, hence the pressure on Pakistan. Also it is clear there will be no early withdrawal from Afghanistan and stern measures on counter-­terrorism. And he talks of an unspecified, economic role for India; a greater role for India.

No US president had publicly criticised Pakistan so far, but Trump is doing it. What is its significance?

The Americans, with whom I have dealt for long on Afghanistan, were always upset with Pakistan’s role. There has also been some public criticism of Pakistan, as in the Kerry-Luger Bill and other things. But the important aspect is how they are going to do it. No deadlines have been fixed, as far as the word goes, he seems to be clear that he means action. I think we will wait to see what will be done.

President Trump is also linking Pakistan’s action to aid that is provided to it?

This has been there even earlier in the Kerry-Luger Bill. But coming straight from the President, this means there are ind­ications that he means he would take some positive steps. But we have to see what he does.

Trump also talks about more space for India in Afghanistan. Whereas earlier, US presidents seemed hesitant about this, since most accepted Pakistan’s primacy on Afghan affairs and gave it almost veto rights to overrule New Delhi’s act­ivities in the country. Is that a shift?

“The Americans were always upset with Pakistan’s role. Now, the most important thing is how they are going to act in future.”

First, India does not need anyone to give it a role in Afghanistan. It plays a role by virtue of its history, by virtue of its contacts. This was simply taken away during the Taliban administration, which was a difficult period in the 1990s. But except for that, we have had excellent relations with Afghanistan. All surveys conducted in Afghanistan by various agencies, including Western ones, have found Indian aid and assistance to be the best. We have done what the Afghans wanted and they all seem very happy with what we have done so far.

Soon after Donald Trump’s policy declaration, we saw China, which hosted the BRICS Summit, take a pos­ition with other members in naming Pakistan-based terror groups for violence and instability in the region. How significant was this?

I think it is a welcome development. I was reading the editorials in Pakistani newspapers, which have warned their government and people to take note of what has happened there. It is for them to decide, but we must not read too much into it. China at the moment is determined to help Pakistan, come what may. But I will consider this as a step forward and welcome it.

It is also interesting to note the remarks of the Pakistani foreign minister Khwaja Asif, who has called for serious introspection and said Pakistan must be mindful of its image abroad and also not cause embarrassment for its friends. How do you see this?

The Pakistani foreign minister till a few days ago was their defence minister and I am sure is also aware of what the armed forces say. Here I am just making a conjecture since you mentioned his remarks. But what he is saying, if that is acted upon, it will be good.

How do you see in this context remarks of the Pakistani army chief General Qamar Javed Bajwa, who recently said there was a need to look at the Kashmir issue politically and through diplomatic means?

I have not seen the full text of what he has said. But based on what you have said I would say it is a welcome statement. In fact, that is what we have been saying while discussing the Kashmir issue with them at the diplomatic level. In the last 70 years, particularly in the last nine from 2005 to 2014, when this was discussed and in the 1960s or whenever it was raised.

But the fact this is coming from the Pakistani army chief who has a special role to play on the Kashmir policy and his stress on a political and diplomatic solution to this vexed problem, is this a significant shift from what we have seen so far?

I would consider it very significant if it is followed up, like it was done after 2004, resulting in a reduction of violence in Kashmir. That was there for all to see and since I was watching it very closely and was involved with it, the statement takes me back to that. Therefore, I would say, the remarks are extremely important and I would heartily support and welcome it.

You were also part of a back-channel process to find a solution to the vexed Kashmir issue that has bedevilled Indo-Pak relations for so long. Former Pakistani foreign minister Khurshid Alam Kasuri says you were close to clinching a deal. How close were you?

I normally do not like commenting on the back-channel discussions, because the papers on that were handed over by Prime Minister Manmohan Singh to the successor government. So I think it is not proper for me to comment on that. On the second part of your question, I would say, yes, Mr Kasuri is right in what he said.

What are the chances of that process being revived?

You are asking the wrong man. I am not in the government and it is for them who are in government now to talk about it. But I am confident they will welcome it.

You have seen the Pakistani establishment for a long time; do you think they can pick up from where General Musharraf had left?

Yes, if the army chief is serious in what he had said, then it is something to look forward to.

How optimistic are you about Indo-Pak relations?

I would rather call a glass half-full than half-empty. The only point of optimism is that you have given me by citing the statement of the Pakistani army chief. I don’t know in what context he said that what he thinks is a diplomatic and political solution. That is what we would like to know.

“Gen Bajwa’s statement is significant if it’s followed up as in 2004, with a reduction of violence in Kashmir. I’d heartily support it.”

Does it make a difference that he is a Punjabi and not a ‘Mohajir’?

In the Pakistani army, which is such a cohesive force, once you are the chief you are the numero UNO. So being a Punjabi helps, but the three people who ruled the country for a long time—Ayub Khan was from NWFP, Zia-ul Haq was a Punjabi from Jalandhar and Pervez Musharraf was a Mohajir—were from different regions.

The majority of Pakistani army chiefs may have been from Punjab, but none has so far made this kind of a remark?

Yes, I agree, it is a significant statement. But I want to read the full speech to know in what context he made it.

It was a PTI story and so far there has been no denial from the Pakistani side to it. He apparently made this speech while addressing a gathering of Pakistani army officials.

So if he has made this speech as you say at such a gathering, it may have been made after consultations with some of his senior commanders. It is too important a subject for him to speak on his own.