The country’s raw energy is backdrop for a French romance 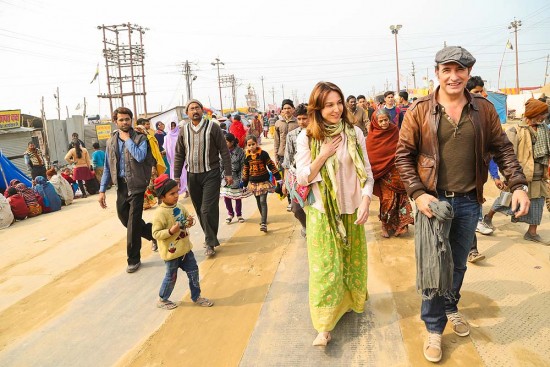 The world of cinema discovered Jean Dujardin, the former stand-up comedian, when he appeared as George Valentin in The Artist, the black-and-white film in which director Michel Hazanavicius recaptured the charm of Hollywood’s silent era before it capitulated to the talkies. With his eloquent silence, he won the Academy Award for Best Actor, one among a host of statuettes he collected for that role.

If that film often left audiences speechless, Dujardin is never at a loss for words in his latest cinematic endea­vour, another character established in the milieu of films. Except this time, he plays a wisecracking composer who arrives in India to score an independent film. That film is Un + Une or One Plus One, a project that commenced with a journey, somewhat fittingly, since the character he portrays travels quite a distance in the film itself.