Independents’ Day, Is It?

Once of the BJP, they are now against the BJP. And therefore their worst enemy. 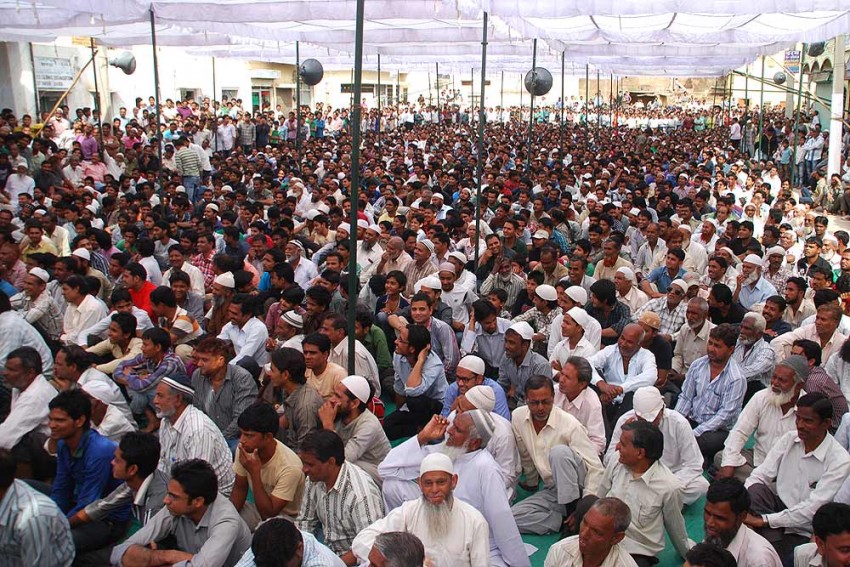 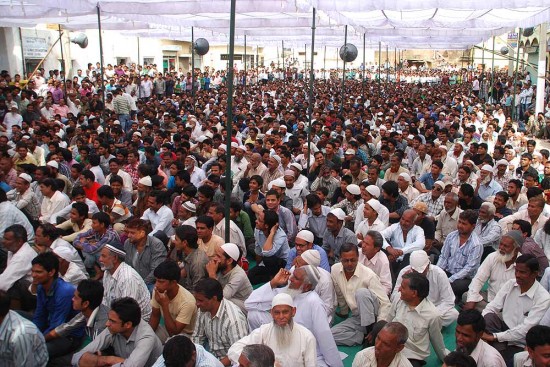 In the maze of stories that emerged in the wake of the arrests of alleged Indian Mujahideen operatives, a sub-plot in Sikar became an instructive tale in the mega narrative of the Lok Sabha election in Rajasthan. The big picture in the state is the chronicle of an outcome foretold: a reprise of the huge BJP win in the recent assembly elections. The diversions lie elsewhere: in the medieval narratives of wounded Rajput honour, feuding brothers fighting each other in Dausa and a religious guru foisting his disciples on his political devotees Narendra Modi and Vasundhararaje.

Back to Sikar first, though it was a later link in the chain of events which began with the arrest of a Pakistani, Zia-ur-Rahman alias Waqar, in Ajmer; and a Bihari, Tasneem Akhtar alias Monu, in Darjeeling, alleged to be top IM operatives plotting a major terror strike. Following their ‘leads’, the Delhi special police and the Rajasthan anti-terror squad conducted raids and arrested a number of Muslim youth in Jaipur, Jodh­pur and Sikar; in Jaipur-Jodhpur, they claimed to have seized explosives and bomb-making circuits too. This might have conferred some seriousness on pol­ice allegations, but the six boys from Sikar were picked up for their theological bonding with Maroof, one of the boys who was arrested in Jaipur, and their shared faith in the Ahle Hadees, the ext­reme and rigidly orthodox Sunni sect. An engineering student apparently enra­ged by the Gopalgarh riots and perceived repression of Muslims by the state, Maroof allegedly used to access, and was recruited on, social networking sites used by the IM for liaisoning.

While the families of the boys arrested in Jaipur and Jodhpur were active in seeking legal help and inquiring about the whereabouts of their wards with the police, the families in Sikar seemed quite crushed and scared, too drained to even follow up with the police or engage lawyers. The Muslims in Muhalla Zam­indaran and Muhalla Quraishiyan—of either Qayamkhani or Rajput des­cent—remained huddled as triumphal VHP jathas paraded through the streets carrying deep saffron flags emblazoned with ‘Om’ on the evening of March 30, bursting firecrackers and bea­ting drums to usher in the Hindu New Year.

Earlier that evening, some leaders of the community had organised a public meeting. Among the speakers was a Deo­bandi cleric from Mumbai, Wahid Khatri, known to be close both to BJP CM Vasundhararaje and former Darul Uloom head Ghulam Mohammed Vastanvi, who ran into trouble over his endorsement of Naren­dra Modi. Khatri advised the local Muslims against protesting or seeking legal intervention for the arres­ted boys. He portrayed Raje as a just and iron-willed lady who, during her earlier tenure, had at his behest secured the release of 546 innocent arrested in the wake of the 2007 Ajmer blasts. She would do it again, said Khatri, as he promised to lead a delegation of local Muslims the next day to plead with her, but on one condition—that they agree to vote for whoever helps release their boys.

There is nothing subtle about the electoral manipulation, the political game at the grassroots level. It’s a script familiar to Muslims in many places, and it only increases their distrust of the state.

Raje did meet the Sikar delegation the next evening, heard them out, but did not promise anything. The Muslims took this as a sign of hard bargaining, an attempt to seek a firm commitment from them on the matter of votes. A BJP bastion for quite some time, Sikar threatens to slip out of its hands since the incumbent BJP MP, Subhash Maheria, vowed to fight as an independent after the party gave the ticket to Baba Ramdev nominee Swami Sumedha­nand. Maheria commanded the dominant Jat vote, which would have otherwise gone to the BJP. With him gone, polarising Hindu votes or splitting Mus­lim ones becomes crucial for BJP. 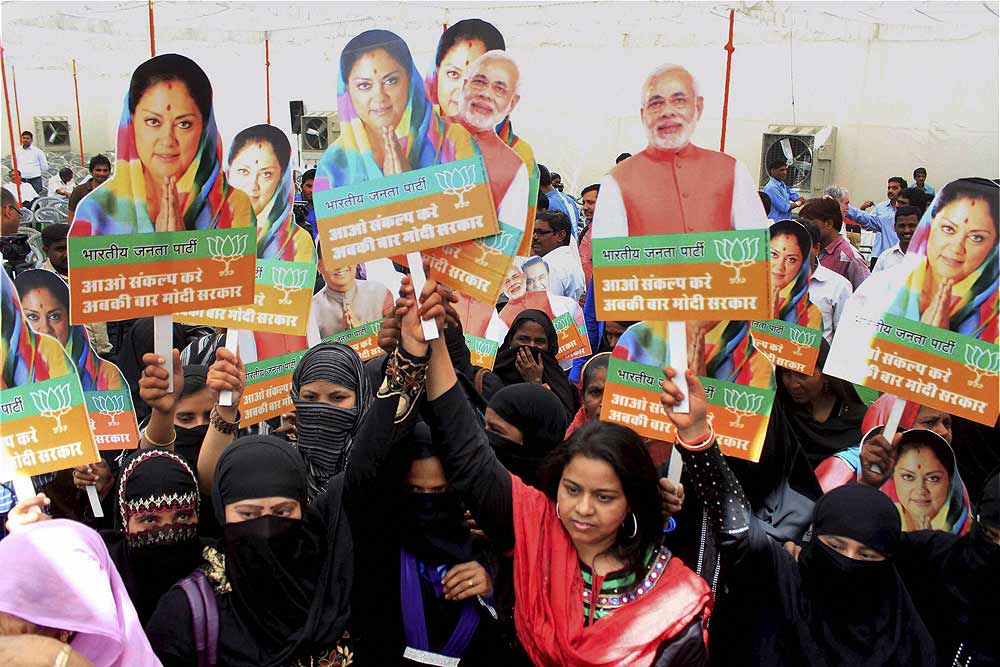 The Muslims in Rajasthan are also apprehensive of the way local media is playing up the IM arrests in the electorally charged atmosphere. Though neither the Delhi special police, nor the Rajasthan ATS, or the Jaipur, Jodhpur or Sikar police have said so in their official versions, local dailies are rife with unatt­ributed news of the “busted Rajasthan module” planning to assassinate Modi and triggering blasts in prominent Rajas­than temples. And though only Zia is a Pakistani, and Tasneem is said to have been to Pakistan, the media is portraying all the arrested boys as having links to Pakistan. The local police’s attitude does not help either; a cop in Jodhpur appare­ntly asked the mother of an arrested boy, “Why do you Muslims help Pakis­tan?” No wonder then that when BJP supporters demonise Pakistan, Rajas­than’s Mus­lims think they are being demonised.

Pakistan, incidentally, has a presence in the electoral consciousness of another constituency in Rajasthan—Barmer—which shares a border with it. Wounded Rajput and BJP rebel Jaswant Singh is set to take revenge here. The people of Bar­mer-Jaisalmer region—be it Soda Raj­puts, Sindhi Muslims, Dalit Meghwals or Adivasi Bhils—have blood, marriage and culture ties across the border. Jaswant’s Pakistan initiatives as foreign minister thus had a cultural impetus. The Muslims in this region share the language and Sufi faith of Muslims across the border in Sind. The sect they follow is of Pir Pagaro in Pakistan; it is he who influences their voting behaviour. The Pir is pointing Jaswantward this time, eliciting an angry reaction from Rajasthan BJP general secretary Omprakash Lakhawat.

Southeast of Barmer, the indomitable Buta Singh is proving a thorn in the BJP side. The former Union home minister, ex-governor of Bihar and Congressman of yore, is contesting as an independent from Jalore. Indeed, more than the Con­gress candidates, it’s the independents who are giving BJP grief in Rajasthan. Or self-appointed chiefs like Kirori Lal Meena, of self-established parties. He is contesting from Dausa where brothers Namonarayan and Hareesh Meena are fighting on Congress and BJP tickets respectively. Rajasthan will also decide the fate of other prominent candidates like Union ministers Sachin Pilot, Jiten­dra Singh and C.P. Joshi of the Congress, besides ace shooter Rajyavardhan Singh Rathore of the BJP. But it’s Baba Ramdev who’s won, and he’s not even contesting. Miffed when his nominees were denied a BJP ticket, he threatened to campaign against the party. None other than Modi rushed down to placate the yogi, complete with hugs, photo-ops and all. Which is how Swami Sumedhanand and Mahant Chandnath came to be contesting from Sikar and Alwar respectively, risking the ire of its local notables.

Heat Of Life In A Handful Of Dust