'Income Tax Should Be Extended To Broader Groups'

The author of the surprise international bestseller, Capital, in the 21st Century, thinks that abolishing Income Tax is not a good idea 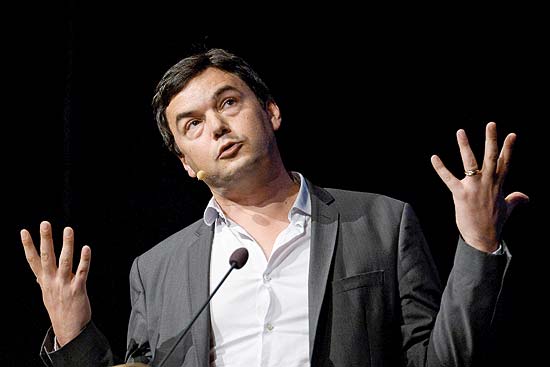 Ever since the phenomenal success of his book Capital in the 21st Century, French economist Thomas Piketty has become the poster boy of left-liberals. His attack on Germany's austere stance vis-a-vis Greece's economic woes has attracted much attention. In 2014, Pranay Sharma had briefly interviewed Piketty. Excerpts:

In the recent past there have been other economists too who have focused on the growing inequality in the US and other countries, say for instance Joseph Stiglitz has been talking about it for a while and also coined the term “one per cent versus the 99 per cent” to show the rising wealth gap. Where do you think you differ from such economists and what is so unique in the conclusion you make?

The main difference is that this book contains a lot more new historical evidence about income and wealth distribution. This is primarily a book about the history of money. Together with many colleagues, we have collected the largest existing historical database on the distribution of income and wealth, ranging over more than 20 countries and two centuries. The primary purpose of my book is to present this evidence in a consistent and readable manner, so as to contribute to a better informed, democratic debate.

With fellow economist Abhijit V. Banerjee, you had a special study on India. What are the broad trends of your finding about wealth distribution among Indians?

I should stress that we know too little about income and wealth distribution in India. With Abhijit, we found that top income shares have been rising in India since the 1980s-1990s. But we do not know much more than that, because the income tax administration has stopped publishing the data. Let me make clear that rising shares going to the top are not necessarily bad— at least until a certain point— assuming that they help to deliver higher growth and poverty reduction. But these are important issues that need to be studied with good data. Otherwise it is impossible to have an informed national conversation about these things.

Many economists in India believe and argue for the removal of ‘welfare measures’ for the poorer section since it hampers national growth and development. Do you agree with that view?

Investing in the education, health and welfare of the poor is certainly not bad for development: it is development. The overall share of tax revenues in GDP is relatively low in India. There is no example of a country in history that has been able to develop without important fiscal resources. It takes money to finance high quality investment in social services and public infrastructures.

Much of your study is based on records of income tax returns. But there are sections in India who keep demanding the abolition of annual income tax. If that happens, will it be a good thing for India?

The consequence is that it will reduce both tax revenues and democratic transparency about income. I think the income tax in India should be extended to broader groups of the population. This is what happened in every country during their development process; this is also what happened in China in recent decades, and this helped finance more social investment than in India, which ultimately was good for growth and for society as a whole. One should also keep in mind that the development of personal income and wealth tax systems is a way to promote more transparency about social inequality. For instance, income and wealth might be useful criteria for determining access to a number of social policies.

A Chair For My Paati