Modi’s focus will be India’s growth story. Pakistan isn’t there yet. 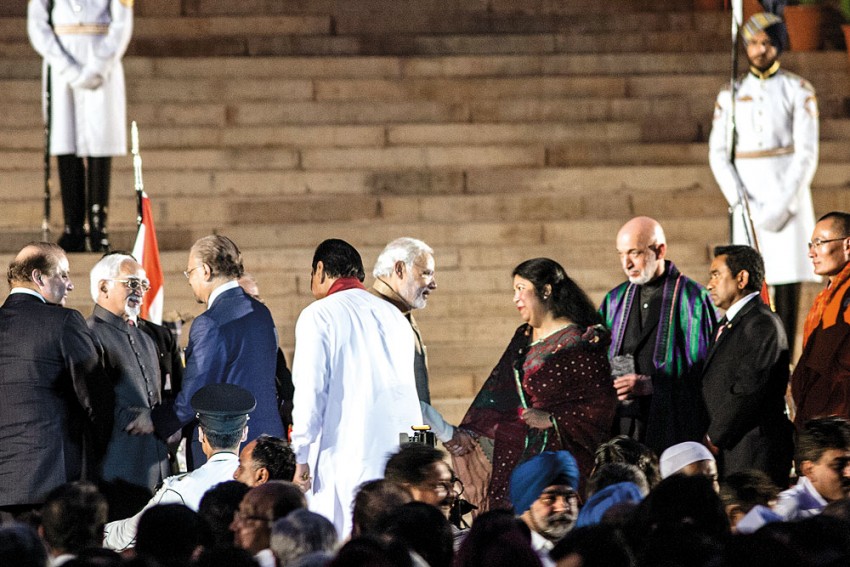 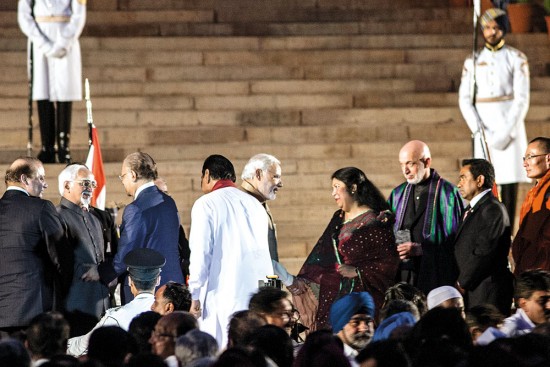 As a photo-op, it was perfect. The leaders of South Asia together for the oath-taking ceremony of the BJP-led government, the prime ministers of India and Pakistan—both democratically elected for once—shaking hands: these are rare warm moments in the troubled universe of regional diplomacy.

Predictably, the arrival of Nawaz Sharif and his first conversation with Narendra Modi got most of the headlines. The fact that the Indian and Pakistani PMs discussed their ageing mothers may have sounded odd to a Westerner but was actually a very subcontinental thing to do, right down to Modi sending a shawl for the Sharif family matriarch.

The emotionalism was infectious. It drove sections of the media and the commentating classes to speak effusively of Modi being the hardliner who could do a deal with Pakistan, of the chance of peace talks, of trade obliterating other pre­s­sing differences and making Indo- Pak commerce and mut­ual pro­sper­ity the driving force of the relationship. How does such romanticism, agre­eable as it may be in theory, sit with the realism that Modi personifies or at any rate is supposed to bring to office? To answer that, one has to go back to his motivations in issuing that invitation to Sharif and the other South Asian leaders.

An element of theatre is intrinsic to Modi’s politics. This is not necessarily a criticism; the new prime minister is a practised politician and realises the publics and middle classes revel in such phenomena. As such, it was always on the cards that he would seek to differentiate his inauguration—to use an Americanism—from those of previous prime ministers.

In choosing the specific instrument of inviting South Asian heads of government, Modi had three reasons. First, he sou­ght to project the (soft) power of Indian democracy and dem­onstrate how peaceful transitions from one elected govern­m­­­ent to another are completely usual here. This was an exh­­i­b­i­tion of India’s democratic model without any overs­t­ated att­empt to export it. Second, it highlighted India’s centrality to south Asia, both as geographical giant as well as the economy around which the fortunes of nearby countries lie.

Finally, he anticipated and ended what could have become a lengthy and tiresome debate on ‘Modi’s engagement of key neighbouring countries’. Could he reach out to Mahinda Raj­a­paksa, given the concerns in Tamil Nadu? How would he approach Bangladesh, considering the misgivings about border and river-water agreements in Assam and West Bengal? When would he meet Sharif? Would he allow the media to speculate and harangue his government everyday with questions like: “Will Modi go to the UN in September?”; “Will Modi meet his Pakistani counterpart in New York?”

By inviting all of South Asia’s leaders to what became an impromptu multilateral summit, Modi broke the ice on many counts. He restored a degree of normality to, for example, the Sri Lanka relationship and won enough political capital on the Pakistan front to make up for tough talk and harder action should this be needed in the future. Having said that, in the specific case of Pakistan, can it lead to something more substantive? Sobriety would be in order. Modi’s foreign policy thrust is going to be on restoring the Indian growth story. Rel­ations with the US, with Japan and China and the Indo-Paci­fic countries to India’s east, and with trading partners in the European Union are clearly bigger priorities than Pakistan. It is only success in these areas, and a revival of India’s economy and GDP growth, that will in turn give him the space to persu­ade his neighbours—including Pakistan—that working with India is not an option but an inevitability.

Yet, one can’t put the cart before the horse. An increasing Pakistani realisation of the benefits of an economic partnership could be the outcome of a strong Indian econ­omy; it can scarcely be the building block. Buying and selling of goods between small businesses in the two Punjabs and mov­e­ment of cargo vessels from Porbandar or Mumbai to Karachi may be excellent ideas. Even so, as things stand, they will not produce the quantum of trade nor create a big enough stakeholder community (in Pakistan) to mitigate chances of political adventurism or a terrorist ‘event’.

In this, the India-China equation is misleading. If Modi augments Indian infrastructure and manufacturing capacities, Chinese firms—equipment makers, infrastructure provi­ders, even steel plants looking for new markets in the short run, as domestic demand slips—will gain. In times to come, Indian and Chinese supply chains could well intersect and seek avenues for cooperation in Asia. Pakistan and India sim­ply don’t offer those complementarities, at least not yet.

(The author can be contacted at malikashok [AT] gmail [DOT] com)