In War And Peace, Heal

Hope must be the only song sung in times of siege. Some brave women in Gujarat show how. 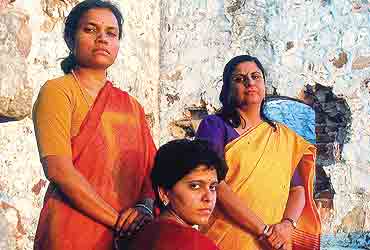 outlookindia.com
-0001-11-30T00:00:00+0553
They don’t seek publicity. They are just one among many who are trying to heal the wounds in post-Godhra Gujarat. Jahnvi Andharia of the NGO Alternative Networks for Development Initiatives (Anandi) makes this very clear. "I read in the papers about Time magazine giving us recognition. We did not approach them for it," Jahnvi says. This steely humility perhaps explains why Time has put Anandi right on top in its list of 20 Asian individuals and groups who have done extraordinary work in recent times.

Harry Potter And The Chamber Of Secrets