‘In US, No One’s Untouchable. Neither Was Rajat Gupta.’ 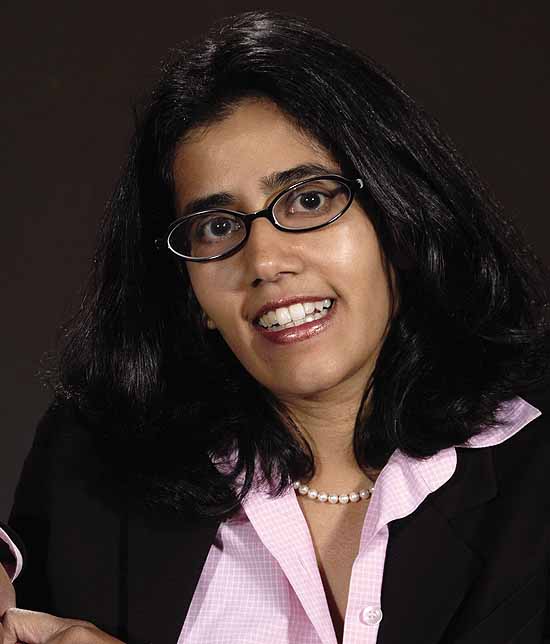 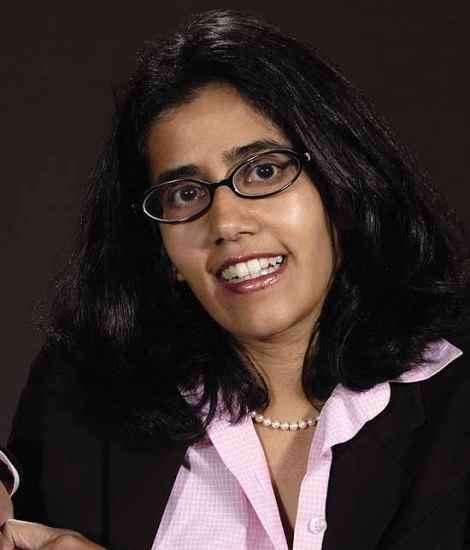 There hasn’t been a more compelling cautionary tale for our times than Rajat Gupta’s abrupt downfall after his fairytale rise from the portals of IIT and Har­vard. It’s a question many have asked: why did he throw it all away by sharing privileged information with Sri Lankan Raj Rajaratnam, head of Galleon hedge fund? The entire saga has been captured brilliantly by business journalist Anita Raghavan in her book The Billionaire’s Apprentice. She took some questions from Sunit Arora. Excerpts:

In business circles in India, there has been an often bewildered reaction to Rajat Gupta’s conviction. Now that everything is done and dusted, what would you say to them?

I think Indians who attribute Rajat Gupta’s conviction to racism fundamentally misunderstand America and its justice system. Firstly, the threshold for conviction in a criminal case is “beyond a reasonable doubt”; it is not “beyond any doubt”. Secondly, in America, no one is untouchable. Remember, more than a decade earlier, Rajat Gupta’s friend, President Bill Clinton, faced an impea­chment trial and, while he was ultima­tely acquitted, he will always be remembered as one of two sitting presidents who came close to being impea­ched. Then, every insider trading case that had been brought in the US before this one was based on circumstantial evidence—well-timed phone calls followed by prescient trades. Exactly the same kind of evidence was used to convict Gupta.

Part of the criticism of the Rajat Gupta verdict stems from a feeling that this is how business is done in India and elsewhere. But Rajat Gupta knew the rules in the US, didn’t he?

Yes, I think Rajat Gupta had to have known the rules in the US. He came to America when he was 22 and was part of the American aristocracy. He studied at Harvard Business School and spent his entire career at the blue-blood consulting firm McKinsey. In his role there, he would have been in the position of advising countless boards of directors and would have certainly in that capacity known the rules on div­ul­ging inside information and the penalties for breaking them.

When Raj Rajaratnam told Suketu Mehta in an interview that he had been “done in” by the Indians, do you think he had a valid point?

That remark, much like a lot of what Rajaratnam said, is not entirely accurate. While two Indians, Anil Kumar and Rajiv Goel, cooperated with prosecutors and provided damning testimony at Rajaratnam’s trial, a central pillar of the case against him was the testimony of a former Galleon trader and protege of Rajaratnam’s, an American named Adam Smith. Ultimately, though, I think Rajaratnam was “done in” by his own words that were vividly captured on hundreds of hours of wiretapped recordings and painted a picture of a hedge fund manager who revelled in breaking the law and obstructing justice.

One criticism of your book I’ve rep­eatedly heard is that it is too gossipy, and that you have been unkind to Rajaratnam by showcasing the sordid side of his life...

Firstly, the book is supported by 50 pages of footnotes which detail sources for much of the information in it. What is not attributed in the footnotes can be traced to sources that have been legally vetted. Secondly, this is a book about people and their motivations for engaging in questionable behaviour. I don’t think you can really understand people thro­ugh hard, empirical data. Rather, their behaviour is best explained through a collection of well-sourced stories. As for Rajaratnam, he said with great satisfaction in one of the wiretaps: “I am a rogue”. All I did in the book was portray him as he saw himself. 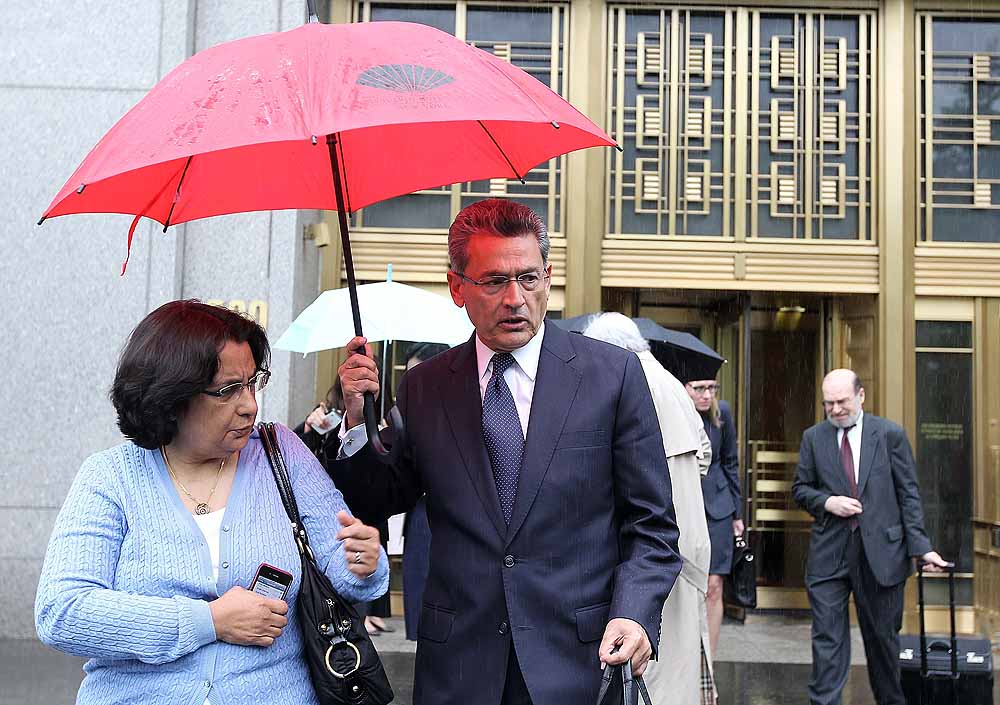 Your portrayal of Rajaratnam’s clas­s­mate and Gupta’s protege Anil Kumar intrigued me the most, as it does appear he has moved on and internalised his role in the case....

Publicly, Kumar has certainly int­ernalised his role in the entire case but privately I think he is surprised by how difficult it has been to move past this incident. When he agreed to cooperate with the government, I think he believed he would be able to testify in the Rajaratnam trial and get on with his life. That has not happened, much to his chagrin. Even though he escaped prison, he is now dubbed a traitor by his old school friends who decry him for testifying against his mentor, Rajat Gupta.

Do you feel Gupta’s two-year sentence is too much or too little?

It is not my place to comment on Rajat Gupta’s sentence. However, I would point out that I think the judge in the case made an important point about the seriousness of his crime. Gupta had a fiduciary duty to keep the corporate confidences of the boards he sat on and he violated that duty. I think that is the main reason members of the American corporate elite who at one time sought out Gupta now keep their distance.

On the book cover, you talk about the rise of the Indian American elite, but actually it’s entirely about the banking and finance crowd. So, can one generalise on the impact of Rajat Gupta’s fall on the entire Indian American community?

The book touches on the Indian diaspora in many parts of American society—banking, technology and law. And while people have seized on my focus on Gupta to suggest I am pessimistic about the status of Indians in America, it is quite the opposite. If you have read the book, you will know that I devote as much time to Gupta as I do to Sanjay Wadhwa, the underpaid, hard-working civil servant who joins government just as Gupta is leaving a storied three-year term as managing director of McKinsey. Wadhwa, despite limited resources and a lot of stonewalling, builds an unprecedented case against Rajarat­nam and Gupta. It is quite stunning but Wadhwa in America has accomplished what few Indians can do in his position in India. Keeping law and order is one of the most important functions of a developed society and the fact that Indians today are in positions of handling such responsibility in the US underscores their strength.

Do you think Rajat Gupta and others have let down the IIT network? Will they still be welcomed by the alumni network in the future?

I am not sure it is just the IIT network that has been hurt by the actions of Gupta and others. At a talk I gave at the Asia Society this summer, a South Asian consultant who had at one point worked for McKinsey stood up and said that Gupta’s actions have cast a shadow over Indians across the firm—their prospects for advancement don’t seem as promising as they did a decade ago. I think one of the reasons the Indian corporate elite in America finds this whole story so distasteful is that it takes the shine off a glittering tale of accomplishment and success. Alumni networks are very sturdy. I noticed at Gupta’s trial many of his supporters—the people who came regularly to court on his behalf—were his old friends from IIT. It was these same friends who jumped into action when he was indicted and set up the ‘Friends of Rajat’ website. So, no, I don’t think Rajat will be shunned by the IIT alumni network.

Finally, you’ve written that the IITs are a beacon of excellence in an India otherwise bedevilled by cronyism and back-scratching. But isn’t that what the Raj Rajaratnam and Rajat Gupta saga is all about?

In the book, I was talking about how the iits’ early focus on meritocracy made them unique among Indian educational institutions. The character of all organisations ultimately sits with the people who are its members. While the case involving Gupta is unfortunate, I think it would be a mistake to generalise about the IIT system as a whole. In my reporting of the book, I heard from a broad cross-section of IIT alums; some were very supportive of Gupta but there were others who were highly critical of his behaviour. The best thing that can happen from this sorry story is for there to be a vibrant debate about how to prevent something like this occ­urring in the future.

You Are Where You’ve Been