Call it coincidence or civilisational ­acumen, atop mountains of the Indian political landscape sit ‘single’ leaders 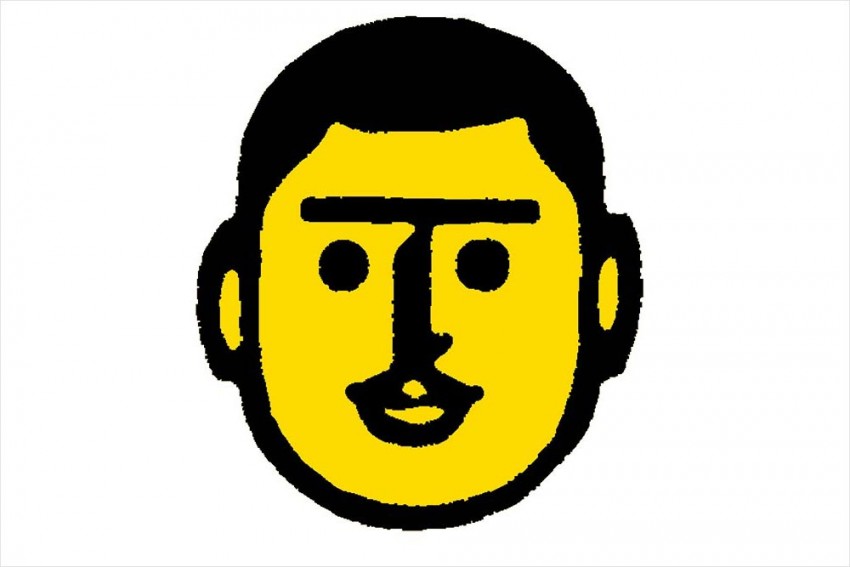 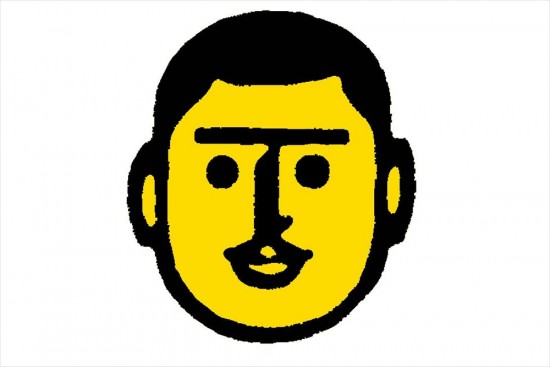 The profound ways in which modern democracies are inf­lected by dynasticism, it becomes an intriguing question—is singlehood an ideal state to be in for those who dedicate their life and work to a larger cause? Even with all his faults, the one who sought to craft a model life in politics is Gandhi. In the quasi-asc­etic prototype he created and tried to fill, the inner tension is immediately evident: the model strains towards singlehood; family is an encumbrance. Power naturally creates vested interests with a stake in continuing that power—whether through family or through a parallel group formation based around a set of ideas.  But dynasticism flows directly and exclusi­vely from descenda­ncy, like with the royal houses of old, and concentrates power within too narrow a pool—an essentially anti-democratic feature. Though it would be bizarre to imagine singlehood being in any way prescribed as an ideal for public life, by some stroke of acci­dent, Indian politics seems suddenly blessed with a whole pantheon of unmarried/single personages sitting in high office—with Prime Minister Narendra Modi perched on top.

Positive arguments valorising that status are fairly common. When Yogi Adityanath took office recently, there was no dearth of soul-­sea­rching on what it connoted in political terms, but his single status was extolled as a virtue. Yogi, of course, is not a chance bachelor. The mahant of Gorakhnath temple, he is by choice outside the field of matrimony—like members of a monastic order. “He is single and unencumbered. He can work with more commitment and focus. Most of all, he has no family for whom he might be tempted to amass wealth through corrupt means”—this was the refrain of BJP leaders who sought to explain the curious choice.

Political corruption, with family enrichment the most conspicuous symbol of it, has framed the context in which singlehood comes to be held up as an ideal. Coming after the scam-tain­ted UPA, Prime Minister Modi too has found it useful to flaunt his solo status, painting it in the colours of ascetic renunciation, offering it as a marker of his capacity to work with single-min­ded devotion. Addressing a public rally in Himachal Pradesh in April, he said, “Mere liye na koi aage hai, na peechhe. Kiske liye bhrashtach­aar karoonga? (I have no family. Who will I be corrupt for?). This mind and body is totally devoted to the nation.”

There’s indeed a monastic undertone to his story. As a young man, Modi is said to have been sufficiently in thrall of the figure of Swami Vivekananda to aspire to a monk’s life at Belur Math. His renunciation of his teen-marriage for an itinerant life is often read in those terms. When the controversy over his marital status broke out in the run-up to the 2014 elections, Modi’s elder brother Som­­ Bhai called his enforced singlehood the “response to an inner call to work for the nation, inspired by Vivekananda.” It may be difficult to demonstrate the ­efficacy of being single in terms of governance, but the politicians themselves unfailingly allude to it as a ­desirable element in their resume.

Connections between the monastic life and power have been frequently noted. From the 18th century Fakir-Sanyasi reb­ellion to the Vatican’s long history of entanglement in the ebb and flow of temporal power, it’s clear that a life governed by self-given rules of renunciation hardly makes for an automatic distance from the rough and tumble of politics—whether in righteous or base ways. Nor does the mon­astic specimen in any way exhaust the field of singles: celibacy is not a logical corollary of being unmarried.

However one characterises it, India has had an impressive array of ‘singles’ in  politics—though it’s not always possible to mark that feature out as an inherent good. It’s as heterogeneous a field as could be. Modi’s NDA predecessor A.B. Vajpayee was a bachelor, though he has an adopted family. Late A.P.J. Abdul Kalam was the first single occupant of Rashtrapati Bhavan. And there are now half-a-dozen CMs who have never been married. Besides Yogi, there’s Trivendra Singh Rawat of Uttarakhand, Sarbana­NDA Sonowal of Assam, Manohar Lal Khattar of Haryana, Orissa’s Naveen Patnaik and Mamata Banerjee.

It may be difficult to demonstrate the efficacy of being single in governance terms, but the politicians themselves unfailin­gly allude to it in self-flattering ways as a desirable element in their resume. The firebrand chief minister of West Bengal claims in public meetings that she has no time for herself as she has dedicated herself to the people of the state. Patnaik too likes to tell his voters, in a lighter vein, that they will never have to worry about Congress-like family rule.  Two other chief ministers—Mehbooba Mufti of Jammu and Kashmir and Rajasthan’s Vasundhara Raje—are divorced, while Goa’s Manohar Parrikar and Bihar CM Nitish Kumar are both widowers. Former UP chief minister and Dalit icon Mayawati also takes pride in her single status. She has often proclaimed in her election rallies—“I am of low caste, I am unmarried, and I am yours.” The late J. Jayalalitha of Tamil Nadu was another formidable leader who never took the matrimonial plunge.

On the Opposition benches, Congress vice-president Rahul Gandhi is the most prominent bachelor. Although, his relatio­nship status comes close to being ‘somewhat complicated’. At 47, he has preferred to remain single despite intermittent speculation about his marriage. After opening up about his Venezuela-based Spanish girlfriend in the run-up to the 2004 Lok Sabha elections, in 2013 Rahul suggested he may shun marriage for the sake of politics. “If I get married and have children, I will be status-quoist and will like my children to take my place,” he is reported to have told his party members—a none-too-surprising tone of awareness from one who gets portrayed as the arch exemplar of dynastic politics.

Insiders say Congress president Sonia Gandhi had reservations about her son  getting married to his Spanish girlfriend. “She often gave him her own example—about how her Italian origin was held against her for a long time. She did not want Rahul to suffer on that count,” reveals a Congressman close to the family. No one is quite sure why Rahul has preferred to stay single, or whether he intends to get married in the future.

Many of these articulated strands go back in a sense to Mahatma Gandhi, who felt fathering and supporting children robbed him of precious energy when he wanted to devote himself more completely to public service. The Mahatma, of course, took the idea to another level as he began his experiments with celibacy. “Those who want to perform national service, or to have a gleam of the real religious life, must lead a celibate life, whether married or unmarried,” Gandhi wrote. “(A) life of perfect continence in thought, speech and action is necessary for reaching spiritual perfection. And a nation that does not possess such men is poorer for the want.”

The practice of celibacy, in modern public life, leads further back to Vivekananda, who ascribed his mental powers to a lifelong observance of ‘brahmacharya’—voicing the philosophy of the fourth yama (code) of yoga. “By the establishment of continence, energy is gained. The chaste brain has tremendous energy and gigantic will-power. Without chastity, there can be no spiritual strength…. The Yogi must be continent,” the Swami said.

Outlook spoke to politicians, sociologists, psychiatrists and religious leaders for their views on singlehood, celibacy and public life in India, and whether family does indeed provoke complacency and corruption. The qualified answers revealed a degree of scepticism. Social scientist Shiv Visvanathan, for one, dismisses the notion that in politics single implies ascetic. “It’s true that family is related with corruption. There are cases of conspicuous corruption like Laloo Prasad Yadav. So the singles can pretend to be simple and ascetic since there is no paraphernalia (of family) attached,” says Visvanathan.

However, he believes the ‘singles’ are corrupted by power. “Power and politics—that’s the aphrodisiac for them. Can you imagine these single politicians without power? They will be broken. Like there’s corruption of money, there’s corruption of power. That’s much more lethal,” Visvanathan adds. He says organisations like the Rashtriya Swayamsevak Sangh (RSS) are “suckers for power” even as they advocate an ascetic style. It’s not surprising that Modi and half of our present never-­married CMs come from the RSS stable, where marriage is proscribed for pracharaks, the full-timers who dedicate themselves to organisational work. According to a pracharak, the tradition that only unmarried volunteers could become pracharaks did not start with the founder-sarsanghchalak K.B. Hedgewar. “Though he wasn’t married, he never made it a rule. The practice was institutionalised under Guruji Golwalkar. The logic had nothing to do with celibacy or Hinduism or spirituality. ‘Pracharak’ implies only an (internal-administrative) arra­ngement, not a sanyasi order,” explains the full-timer.

BJP general secretary Muralidhar Rao, who was attached to Sangh affiliate Swadeshi Jagaran Manch, says org­anisational work requires total dedication. “A pracharak needs full mobility as he can be sent to any part of the country for long periods as work demands...and the work can be intensive. It may not be feasible for a married person to leave his family behind. A pracharak has to be free from societal obligations,” says Rao.

RSS spokesperson Manmohan Vaidya says things are now  more flexible in the RSS and points to Haryana Governor Kaptan Singh Solanki. After he retired as a lecturer, Solanki became prant pracharak for Madhya Bharat despite being a married man. Now, Vaidya says, singlehood is not a hard and fast rule for pracharaks, who anyway comprise only handful. “Of some 3 lakh cadre, only 3,000 are pracharaks,” he adds. He also sees no correlation between singlehood and commitment to the nation. “I will only call it a coincidence that we have 6-7 unmarried chief ministers. It’s not marital status but values that make a good leader. Manohar Parrikar has a family and is totally honest. Lal Bahadur Shastri was a Congressman and married, and believed in value-based politics. Power can corrupt everybody, married or unmarried,” he emphasises.

The Catholic Church is another domain where singlehood and celibacy are prerequisites. Activist John Dayal says things are changing there too and points to a huge debate within the community on whether priests should be allowed to marry. “At the philosophical level, when marriage ties are called holy matrimony, how can it make you unfit to be a priest,” he asks. Even with politicians, Dayal does not believe ‘singles’ are more committed. “How does it matter as long as spouses give each other space to work in? In fact, a companion gives you solidity and can stabilise a tempestuous wandering mind,” he says.

Psychiatrist Sanjay Chugh concurs, saying family tempers an individual’s psyche. “Marriage or a relationship with the opposite sex has a personality-modulating influe­nce. I believe singles in positions of power lack empathy and sensitivity. Family is not a distraction. In the absence of family as a parallel focus, you become obsessive. That’s not desirable,” he says. Chugh says the jury is still out on whether ‘continence’ helps conserve energy. “There’s a raging debate before every football World Cup whether ‘WAGs’ should be allowed to stay with players. There’s research that says having sex the night before a match adversely affects the player’s performance, but then there’s research that says the contrary too. It’s still not proven that abstinence improves performance,” he says.

All said and done, Indian voters don’t seem to fret over much about the issue. If they elect a Modi or a Mamata, they’re also not averse to a Karunanidhi, who has never hidden the fact that he has three wives. The family is key to the art of image-­construction in US politics but Indians seem more liberal and more forgiving on the personal front.