In The Pano Bhaju Family 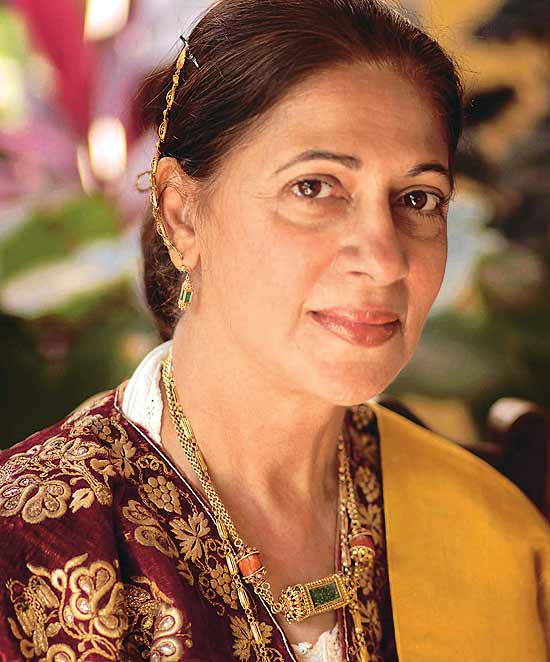 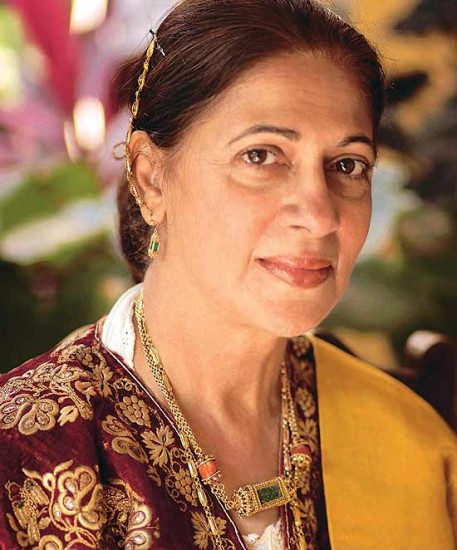 Wendell Rodricks’s sumptuous Moda Goa makes several statements—on style and fashion from ancient to modern times; on the history of our tiny state that globalised before the word came into being; on the Goan capacity to endure trauma, and to retain elements of tradition even as change was forced upon the population.

I was startled to find among the opening pages of classic photographs a double spread of my father’s maternal family—he perhaps sixteen, sandwiched and rather lost within the central binding of a book that is a pleasure to hold. Indeed, Wendell’s choice of the first few images makes the central point brilliantly—that Goan fashion and culture evolved from a tradition deeply embedded in Hindu mythology, religious iconography and a tribal legacy. His careful documentation also takes the reader through Buddhist and Jain influences, whose flowing drapes have inspired his own creations.

His research explains the many dimensions of the Goan personality, expressed through the changing shapes and textures of garments, through ornamentation or its absence, and through exposure to royal tastes of the Kadambas, the Vijayanagar and Muslim rulers. Particularly influential were the Khiljis and Tughlaks who departed from the complex drapery in India to use it “only as a wrap, scarf or shawl. Cloth was cut into garment sections. Shimmering gold, silver and silk embroidered motifs created a luxurious, voluminous look”.

Wendell, who has tirelessly worked to protect Goa’s cultural, environmental and ethnic heritage, sets aside the Goa of the picture postcard image. Rigorous exploration of an archive of costume and jewellery born of eleven years of research takes the reader through a capsule history of Goa. Illustrated with evocative photographs, mostly by 18-year-old Mark Sequeira, and enriched with inputs from historian Prajal Sakhardande and mythologist Devdutt Patnaik, the book demolishes stereotypes.

For instance, the opening photos illustrate how conversion enforced a cultural transformation—in dress, food habits, compulsory use of the Portuguese language, and abandonment of Konkani—despite which elements of tradition were defiantly retained. While the cover photograph represents tradition in all its refinement, the woman dressed in her checked nine-yard sari, adorned in the gold ornaments that Goan Hindu women still wear on special occasions, the first leaf/page shows a Catholic woman wearing a pano bhaju and traditional jewellery. The pano bhaju was a blend of East and West, a combination of many influences in colour, textiles, jewellery and accessories. Although the lower garment is essentially a variation of the sarong or lungi that existed in Dravidian culture, the blouse is adapted from the Portuguese loose upper garment, and its heavy embroidery in gold thread owes much to Mughal times.

In contrast, the four generations of my father’s family are seen in full Victorian dress, followed by a page of traditional male Hindu Brahmin regalia—emphasising that the western coexisted with the traditional in Portuguese Goa. It is in keeping with the tenor of the narrative that the introductory illustrations conclude with a display of the freedom and joy of Wendell’s own creations.

His careful and sensitive investigation reveals the movement of the Goan cultural gene from prehistory to the modern, in which the core of tradition has remained deeply embedded. If the elite, like the Victorian family, embraced western styles in dress and language, their womenfolk kept Konkani alive at home. The young man at the very top of the photo might be in a formal suit, yet after a degree in agriculture in Pune, he came home and founded the Konkani Bhasha Mandal. Elite women with means subverted colonial fashion with adornments displaying traditional Hindu patterns, all of which shines through the pages of Moda Goa in a dazzling display from museums, private collections and the author’s personal collection.

This is a book produced with meticulous care, yet turns Afonso into Alphonso more than once, perhaps because of the editor’s familiarity with the mango rather than the Goan name. Such slips aside, in Moda Goa scholarship rests easily alongside snippets from travellers’ tales about Goan dress, Spanish and French queens, English monarchs, multicultural exchanges, contemporary Goa and Bollywood. Read it to understand not just Goan fashion but that Goa is a much richer place than the paradise of tourist imaginings.