In The Dark Towards Pondy 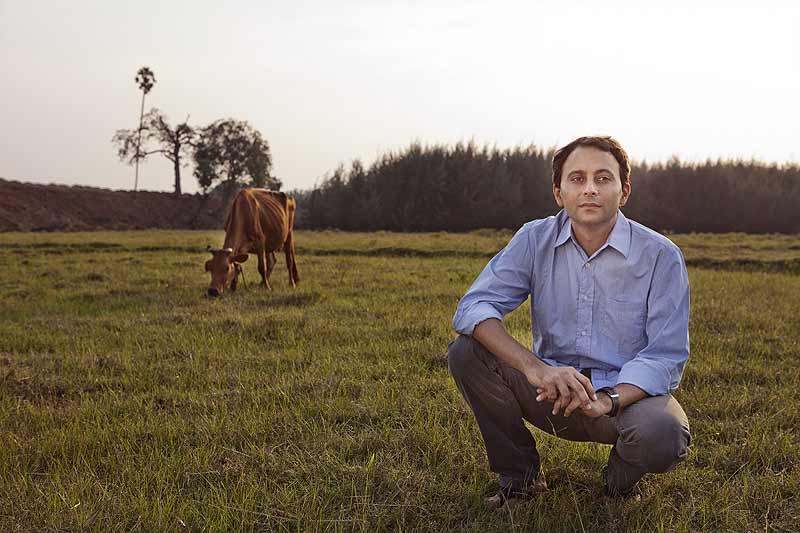 You don’t need to be a certified member of “The Harvesters”—a term coined by Outlook a few years ago to describe that lucky tribe who joined the workforce around 1991 (I am one, even if it ages me so)—to affirm that the past two decades have been a roller-coaster ride, good, not-so-good, and some downright ugly. All said and done, it has been a good ride. For all the excesses and crony capitalism we rail against today, there’s no denying economic reforms have changed lives and destinies for millions of middle-class Indians.

How people have coped with this enormous change—in lifestyles, in social status, in opportunities, and even in the aching choices they sometimes have to make—is a constant (and often moving) theme of this book, a work of narrative non-fiction by anthropologist Akash Kapur. Having lived abroad for most of his adult life, Kapur is at heart an outsider looking in. India Becoming comes after he has spent nine years after returning to India in Auroville (a place where he also grew up).

Kapur admits that initially his understanding of India was “superficial” (“I didn’t see this complexity when I first came back”). That’s why perhaps he’s quick to insist that his is not a ‘Big India Book’ (he later doffs his hat to the original keeper of that flame, V.S. Naipaul). Kapur is also disarmingly frank about the baggage he comes with—“The world I knew as a boy doesn’t exist anymore. Most of the time, I’m at peace with that reality. I celebrate the new India. But there are moments when all I can focus on is the sense of loss....”

Kapur admits his initial, ‘superficial’ understanding of India. That’s why perhaps he’s quick to insist that his is not a ‘Big India Book’.

This book does exactly that. It tells the stories of about a dozen people—most are in the south, and stay close to Pondicherry. It tells of Sathy, a farmer too proud to let go of his farming past, and effects of the resultant dislocation on his ambitious wife and family. Or there’s Ramdas, a Dalit atheist trading in cows for slaughter despite his family’s disapproval. Hari’s is an engaging story: a shopaholic gay who can’t muster the courage to come out to his family. And in edgy encounters, the author interviews Selvi, a young lady coping with the pressures of new-found freedom. The other characters are a disparate lot, including a sexologist, a journalist and a social worker.

Kapur is a good reporter and interviewer. He gets people to open up. His time with Sathy is particularly enjoyable. The farmer is coping (badly) with the general decline in agriculture and the disastrous impact this has on his social status in the village. Sathy admits to finding Spencer Johnson’s Who Moved My Cheese? invaluable for understanding this change. There’s a beautiful moment where he recalls when his father warned him one evening of the troubled times to come: ‘I don’t know how you will manage. I don’t know how you will cope.’

Selvi, a single and successful young woman in a call centre in Chennai, has to deal with other pressures. This opinionated and confident woman’s motto in life was, ‘If you rest, you rust’. But her unhappy relatives worried that her ‘character would get spoilt’. Alas, her story doesn’t end well, as she is forced to get married and disappears from the big city. Even Hari’s debt-fuelled lifestyle makes him go underground—his sexuality remains a secret to his ‘you-must-get-married’ parents. “What good was all this development if all it did was allow people to buy more? This wasn’t real freedom; that didn’t strike me as progress,” writes Kapur.

My grouse with this well-crafted book is its air of pessimism. Some would say his choice of characters (some are on the fringes of society) is a reflection of life in India and a counter to the shining stories fed to us. True. This book is a welcome addition to understanding the changes India is going through, even if the author says “...sometimes it seemed like all that was stepping into the vacuum was chaos”.

Indeed, Kapur himself realises how tough it is to map the massive canvas of change in the country. At the end of the book, he writes, “My initial, positive reaction (to India) was as hasty as my later, negative one”. He then comes up with a few immortal lines: “The show was still unfolding. I resolved just to sit back, stop trying to figure out what I thought of it—and enjoy it”. Ah well, where have we heard that before?

Who Milks This Cow?