In The Company Of Chanakya 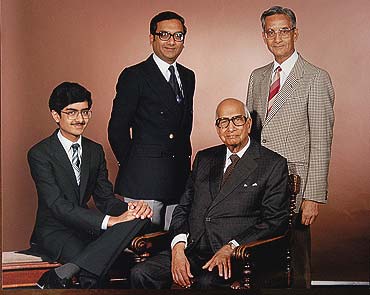 Post-Independence, Indian businessmen largely came from trading families—Marwaris in the north and east, Gujarati Jains in the west, Nadars in the south. The names that counted among top business groups were those of Birla, Bajaj, Lalbhai, Goenka, Dalmia and Modi, besides the Parsi Tatas and Wadias. There were also several rags-to-riches stories like Escorts' Nandas and Reliance's Ambanis over the next few decades. But Brahmins—and the educated middle class—restricted their influence to power centres. They became bureaucrats, cultural icons and agents of intellectual change.

In the '80s and '90s, especially after India embarked on the reforms path, the plot underwent dramatic changes. The Brahmins, the educated elite, non-mercantile clans and the power classes began occupying corner rooms. Not as ceos, but as owners. It signalled the rise of Narayana Murthy, Nandan Nilekani, Jaithirth Rao, Ramesh Vangal. These were the unexpected and unusual promoters, who suddenly occupied the top tier of the corporate pyramid. The most surprising among them were South Indian Brahmins, who many thought would rather die than turn entrepreneurs.