She is winning the argument. The courtroom as a traditional male bastion is adjourned. 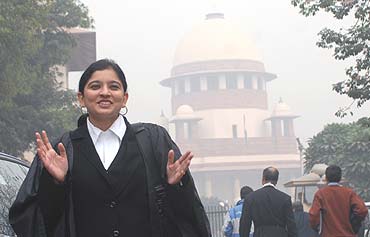