Drawing on the Rig Veda, orientalists, reformers and Hindu nationalists constructed self-serving ideas of ‘the Aryans’ 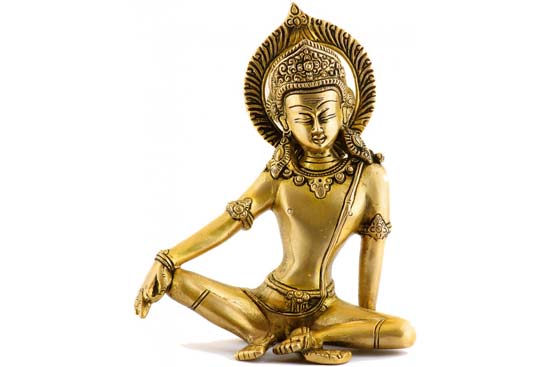 For many colonial and postcolonial actors, the Aryan was that gho­­stly figure from the past that needed to be recast as a useful historical certainty. But there was no con­­sensus about his role, no collective nar­rative. In two centuries of identity ­for­­­­mation, the Aryan has retroactively pla­yed the roles of a migratory hero, the civilisational forbearer, a superstar sup­remacist or the villainous choreographer of social inequity. For early Europeans in India, only the Aryan past unlocked India’s present; for nationalists the past triggered their imp­ulse for freedom; for subalterns it was a bequeathal of bon­d­age. Who is the real Aryan and how is he different from his memory? In what way does he continue to shape our present?

Dorothy Figueira’s timely analysis of Aryan historiography provides no easy answers, but reminds us of the complexities of the question. Both the factual and the fanciful are stereoscopically sec­ured in the same vision, and for Figueira, the Aryan cannot be separated from the wanton nature of his memorialisation. This is the book’s focus—how scholars, cultural specialists and ideologues have chosen to remember the Aryan, and how they might have done so to suit the motivations of their age. Figueira also argues that it is not archaeology, ethnography or the study of bones and burials that constructs the Aryan persona; rather it is the Rig Veda, their most celebrated production. How then, she asks, is the Aryan tale tied to its text, the myth to the manual?

Figueira’s many commentators on the Aryan question range from those app­l­a­uded and internalised to those snubbed and only recently privileged. She begins with the early orientalists who, persua­ded by 18th century enlightenment, heralded Vedic production as the golden age of Indic history. With the help of Brahmin interlocutors, they also began the job of organising Indian society on textual lines, a codification that also benefited the imperialist project. Later, Sanskritist Max Mueller challenged the view of India’s dark and despotic past and reve­aled an ancestral fraternity—the ancient blood ties of the ‘Aryan and the Anglo-­Saxon’. The foregrounding of the Aryan race myth in Europe was an important development, particularly in the idea of the Nietzschean Ubermensch (superman). But for Nietzsche, the path to Aryan cha­racterisation was not via Mueller’s Rig Veda but Manu, the sha­­dowy lawgiver whose cosmic hie­r­ar­c­hies attempted to trap India’s soc­ial div­­­­ersity into the inflexible system of caste.

Meanwhile, in 19th century India, refo­r­mers like Raja Ram Mohan Roy and Day­anand Saraswati were working tangentially to recreate an Aryan ideal past, but free from Brahminical ritualism and hierarchy. Figueira expl­a­ins that the myth of the golden age was resold, tho­ugh through a lipogrammatic package of omissions and revisions. The timing was important as well. For the Hindu Indian elite, the social order, imagined or scriptural, was threatened by the binaries of colonialism and subaltern unrest. The restoration of this social order became an imperative of Hindu nationalism.

For nationalist Tilak, the Aryan became a dehistoricised immigrant, coming bra­vely from the white, cropless dystopia of the Arctic to civilise the world. Its solidarity with the Anglo-Saxon was severed and an unhyphenated chauvinism of the Aryan was regenerated. As Figueira exp­lains, Tilak hoped to ‘Aryanise’ previou­sly marginal communities through repe­ated access to texts, rituals and culture. Vivekananda, she argues, even went a step further as Aryan evangelist, popula­rising similar convictions beyond India’s boundaries. The author does not hide her disenchantment with this myth-making which, she says, “resulted in the Bra­hmin being the only true beneficiary”.

The concluding sections of the book presents an inversion of the Aryan tale by two theoreticians now enjoying posthumous acclaim in the caste discourse— Phule and Ambedkar. For them, the true golden age was that of the non-Aryan, the one unsullied by the conquering interlopers and their texts. The myth-making, they argued, was nothing but a sustained campaign for overlordship over the lower castes. Rigvedic revivalism was a euphemism for repression.

By pitting picketers with assenters and polemicists with collaborators, Figueira’s systematic and well-res­earched inquiry of the Aryan myth goes far in framing the political psychology of today. India’s unfolding history, it would seem, is still guided by the imperatives of another generation, who, in turn, were responding to those who came long before they did. For Figueira, the phantom Aryan continues to cast his long, if unstable, shadow.