In His Wake, The Awakened 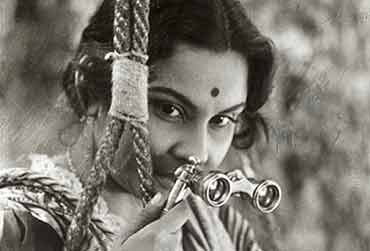 Govind Nihalani
Since his approach is very humanistic and there is a tremendous amount of sensitivity towards the human condition, his films will always be relevant. He was never in a hurry to cut, to impose a kind of an artificial pace on the narrative. It had a very alaap-like quality yet it was not what you might call a slow and tedious art film. He had that in his cutting, the rhythms that he created in his editing had a certain musical quality.

Mrinal Sen
Although I was as moved as everyone else by Pather Panchali, the scene where Harihar paces anxiously when his wife is in labour is flawed. Aparajito was the most stunning of all his films. My son Kunal wrote from the US saying how young men and women from different parts of the world were equally moved by it.

Saeed Mirza
If you take cinema of the time, most of it was melodramatic. We did have real situations in the work of a Guru Dutt, a Bimal Roy or a Mehboob Khan but there was a gilding to make the films more audience-friendly. And here was a film (Pather Panchali) that actually went back to pure realism. I think in Ray’s realism there was poetry and rigour which I think was extremely important. How can his work not stay relevant?

Ramesh Sippy
I considered it a great compliment from a master when he spoke about my film Sholay. He had a new take on cinema—there was no precedent to his kind of work in commercial or art cinema. His films undoubtedly were slow-paced but they grabbed you and the moments that he captured, you could feel them completely. The sensitivity of the director is a very important thing and you saw it in him in abundance.

David Dhawan
Satyajit Ray in Calcutta and Bimal Roy in Mumbai have been the greatest filmmakers. Charulata was such a lovely film. I remember Madhabi Mukherji and Soumitra Chatterji. I still remember the sensitive characterisation and the visuals in the film were so strong that they still remain in my mind. I cannot describe how much I love Charulata. I’d love to make it if I had the chance to do so.

Tanuja Chandra
I did study Ray at film school but I prefer the Raj Kapoor, Asit Sen, Shyam Benegal kind of films, which churn me emotionally. There was a visual beauty in Ray’s films, but it’s a Mughal-e-Azam or Mother India that agitates my mind and touches me. Even today I look for that emotional content in films. This didn’t happen for me in Ray’s films. For me they probably weren’t riveting or in-your-face enough.

Karan Johar
I was 14 when I first saw Pather Panchali and couldn’t absorb it well. But I was blown away when I saw it again eight years later. I would club it with Cinema Paradiso as two of the greatest movies ever. The other film I find unforgettable is Devi; Sharmila Tagore’s was one of the best female performances ever in Indian cinema. Ray had an unusual flair for screenplay and could say volumes with every frame.

Vikram Bhatt
With Satyajit Ray’s films I was particularly impressed by his use of sound—how simply he could create drama without excessive use of background music. What he did so effortlessly we can’t do with all our techniques and technology. When you see his films you will understand how difficult it is to be simple.

Hum Along The Path