Forget the montage and the mise en scene, the fade-outs and the jump cuts, Ray performed the basic duty of a filmmaker. He touched you. 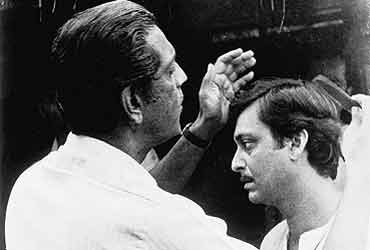 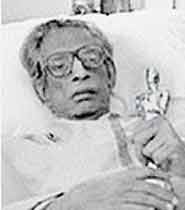 In many ways, this little incident has, for me, epitomised Ray’s art. I have always directly connected the fact that he remembered a random child and took the trouble to find his story in the stack of manuscripts lying with him, to the compassionate humanism that illuminates his films. In Pather Panchali, the octogenarian Indir Thakrun is greedy and thieving, yet we weep for her. In Charulata, the unscrupulous Umapada will betray Bhupati, but he is also devoted to his artless wife Manda. In Kanchenjunga, it’s the wastrel son-in-law who tells Manisha that she should not marry for any reason other than love. "Villains bore me," Ray wrote once, famously. In Camus’ The Plague, Tarrou said: "I understand everyone, so I judge no one." Ray made us understand.

In the sparest and the most refined of cinematic idioms, he gave us a world. Other than Abhijan, Shatranj Ke Khiladi and Sadgati, his body of work is an exquisitely crafted narrative of a century in the life of a society. If Joyce captured a man in full through the relentless description and analysis of a day in Dublin, Ray’s films are delicate vignettes sculpted in time recording an entire culture. While the anglophile yet patriotic aristocrat in Charulata brings out a newspaper at the turn of the century, Apu is being born to an impoverished priest in Nishchindipur village in Pather Panchali. As he goes to school, Nikhilesh and Sandip are debating the use of violence as a political tool in the aftermath of the Bengal Partition in Ghare Baire. Apu grows up, as the feudal system crumbles in Jalsaghar. And even as he sets off with his son Kajol at the end of Apur Sansar, Bengal is careening towards history’s most devastating man-made famine, when the Brahmin Gangacharan will break all taboos and cremate an untouchable woman dead from hunger in Ashani Sanket.